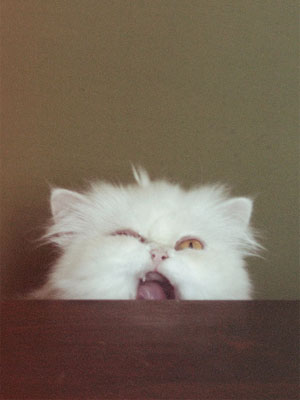 An unfortunate fact of modern life: we have replaced callings with jobs and careers.

“Jobs” are things you attend where other people tell you what to do. In order to insure that you do not become too valuable to replace, your task will be broken down into simple steps and highly isolated fields of “expertise.” The result is apocalyptic boredom.

“Careers” are designed to convince you that a string of jobs equals a purpose. There’s a nod and a wink here, which is you recognizing that you’re disposable, and so seeing the “career” — the job of having jobs of the type you like, and hopefully moving up the ladder — as more important than the company you’re now working for.

In contrast, a calling was a skill and the ability to run a business around it. If you were a cobbler, a blacksmith, a teacher, a stonemason, an armorer, a priest or a farmer, you were an independent businessperson producing actual value.

This was distinct from the commercial class, who took the products of your labor and traded them around and spiced them up, making great profit from the cityfolk. For example, if you were a country spinner, and made fine cloth and sewed it into clothes, a city merchant might add a crocheted, stylized flower and call it a new design.

We can’t even relate to what kind of world that was. Today you tumble out of bed as a youngster, and then get shuffled through a series of grades until they find the right funnel to drop you in, and then pour you down it. You then find a job, and they spruce that up into a career so you have something to talk about at cocktail parties.

Everyone knows but few will say the obvious: very little of each day goes to actual work. The rest is mostly activities to include others, such as meetings or group projects. There’s exciting paperwork. There’s waiting on coworkers. There’s goofing off. At the end of the day, an hour of real work has occurred.

In the meantime, from the top of the cycle to the bottom, everyone is fairly miserable. The rich hate the way they are slaves to their jobs, but can’t stop. The demi-professional middle classes are terrified of losing their jobs or even worse, not rising. Everyone else just hangs on.

One ugly side-effect of this is crushing boredom, frustration, resentment and a thirst for oblivion. People run out of the offices and fly screaming into the sports stadiums. They don’t care what the beer costs. Smash the brain, pound it flat, make it stop sending back signals of misery.

They take it out on their kids too. Either they’re typical suburban dads, who are never around and when they are need to be (a) drunk or (b) zoned out and thus are “too busy” to toss a football around with the whiny kid, or they go the direct but less damaging route and beat their children bloody.

The cycle goes on and on. What can we do? First we have to look at the problem of modern jobs: they are designed to be interchangeable parts and thus are geared toward morons, and so must be boring. Even worse, the competition is fierce because there’s always someone worse off than you who wants to spend more hours “working” for lower pay than you get. To reverse that:

These politically incorrect suggestions are sure to shock, horrify, and abjectly nauseate our readers. Hold that thought — savor it and relish just how disgusted you are. Now when you go back to your job in the morning, you’ll be able to compare your disgust at these suggestions to your drear misery and see which is worse.