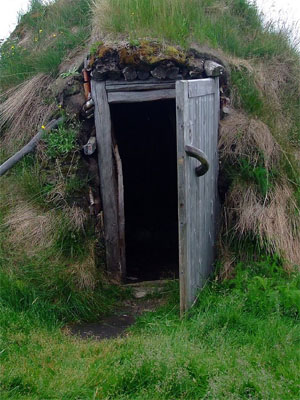 Every city in ancient Greece had its own model of eudaemonia, translated as both “human flourishing” and “the good life.” The point was that society was pointed toward an apex of pleasurable existence, like an optimization of common sense.

Now we have no such sane thing. Instead we have utilitarianism, which is basically a statistical idea: the best plan is that which makes the greatest number of people respond on a survey (or ballot) that they are happy.

There are just a few problems with utilitarianism. First, it creates a false target; are we sure life is happy, and not simply well-spent? Next, it relies on the perceptions of individuals who are too commonly deceiving themselves. Finally, it assumes that raw numbers tell the whole story. “The 65% of our population who are imbeciles really love it, so it must be best!”

It’s unsociable to mention that even in the best societies, a relatively small number have the fortunate skill of discernment. The rest follow along, or more commonly sabotage what this small number do, with some people in the middle who can just barely figure out who to follow.

For this reason, utilitarianism is a ridiculous proposition. Like democracy and consumerism, it’s a method of un-leadership. The point is not to figure out what our best minds think, but to ask our least qualified people en masse what they think they might prefer.

We might think of all of the ancient Greek experience as a whole as the pursuit of eudaemonia. The Greeks knew how to survive, but the question was how to live well. The Greeks were surrounded by barbarian tribes who were also able to eat, find shelter, organize cities, etc. But the Greeks wanted more than function; they wanted a goal, a quest, a cause and a meaning to life.

This type of purpose required going beyond the comfort zones of most people. It transcended the individual/collective split that defined most societies. It even blew past ideas of property and equality. Instead, it was a sense of tribal goal, not of the finite type as material goals are, but of a spiritual sort. It was a new vision of the reason for society and culture.

Modern people are inclined to, thinking in a utilitarian sense, bemoan how this denied the individual. But what if someone didn’t want to go along with this? we are trained to object. The answer was simple: then that individual went looking for another society, as is not uncommon in our time or theirs.

For the rest however there was a sense of the unitive. The individual was not separate from nature, or society, but joined with those in harmonious motion toward a goal. Even all the bad things that happen in life took on a new meaning as they were seen as part of the experience of struggling toward this goal. In having a goal above the material, the Greeks transcended the dichotomies that divide societies and found a better purpose.

Most societies do not encourage the unitive. Their goal is to distance the individual from reality so the individual feels a sense of power through socialization. This makes the group hold together, and it then becomes an effective unit which can be manipulated by some individuals.

However, with each wedge we drive between ourselves and the notion of life itself as having a value outside the material, the more miserable we become. We have removed the ability to create meaning from ourselves, and handed it over to the day-to-day struggles that we loathe because they are boring. And we have done it in the name of liberation, equality, etc.

If there is a Satan, he is half composed of those who take advantage of the stupidity of others, and half of the willful ignorance and denial that the victims then adopt in order to deny their own helplessness. Instead of the good life, we have a constant mental bickering and empty, purposeless duty.