by Jonathan Peter Wilkinson on April 1, 2018 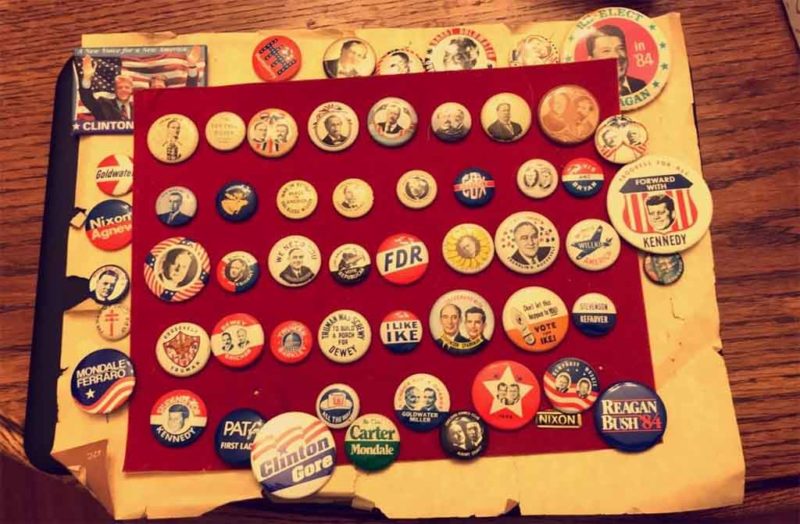 It’s a genuine shame that the Democratic Party in the US made an absolute evil sham out of testing the IQ of who gets allowed to vote. Particularly since good Progressives go through life convinced not letting stupid people vote would guarantee lefty eternal dominance over every election held between here and Neptune due to the coruscating brilliance of liberal ideas.

A 2010 study using data from the National Longitudinal Study of Adolescent Health, for example, found that the IQs of young adults who described themselves as “very liberal” averaged 106.42, whereas the mean of those who identified as “very conservative” was 94.82. Similarly, when a 2009 study correlated cognitive capacity with political beliefs among 1,254 community college students and 1,600 foreign students seeking entry to U.S. universities, it found that conservatism is “related to low performance on cognitive ability tests.”

So that brings up the unpleasant question of why do these brilliant rocket-scientist liberals who sit around figuring out radioactive decay patterns on their coffee napkins over at Caribou Coffee elect people like Earnest Hollings, Sheila Jackson Lee and Maxine “Â¡IMPEACH TRUMP NOW!” Waters to perform important jobs. Why did they ever actually trust John Edwards? Dare I ask, Senator Hollings: “Is there too much consumin’ goin’ on?”

Yes, but not just of coffee or any other chemically altering substance. People who think liberalism automatically signifies intelligence have been educated by liberals and are getting high off their own narcissistic supply. Another problem they would encounter on the road to dominating electoral politics via their massively swollen heads (oops, I meant intellects) would involve the massive differential in set cardinality between actual Gramscian True-Believers and people currently voting for Left Wing parties in the US and Europe. How could such crimethink possibly be true? Chapter Jackson explains this phenomenon better than most polisci profs you’ll ever hear give a speech on the issue.

Now Hillary Clinton Speechwriter Brian Fallon is undoubtably a good, ideological liberal who never had to go a near an EBT Card prior to November 2016. However, this particular foray into Twitter just kicked the whole issue of voting and IQ tests back into play.

And hereâ€™s Hillary staffer Brian Fallon bitching that Chuck Todd asked why phony Native American Elizabeth Warren wonâ€™t take a DNA test to prove her heritage once and for all:

Next the Sunday shows will be asking Waters to just take an IQ test: ‘Why not put these allegations that you are not smart to rest?’https://t.co/W1ikm2UhDk

Well, for one thing Brian, your political party is hellbent on preventing the US from even identifying who these voters are. Women and minorities are hardest hit, you see. Never mind that you *will* show ID to get on a military base, buy certain music CDs, attend certain movies, purchase cigarettes or alcohol and now maybe buy a hunting or self-defense weapon. Checking IDs for all those things in no way impinges on the freedoms of minorities. Voter ID and *only* Voter ID is a racist use of identification privelege. rant off>

But then, once we’ve verified that Spider Man and The Atomic Duck are both ineligible to vote in Madison County, AL; we encounter the legal obstacles to determining intellect before we trust people with expensive or important decisions like selecting the next leadership of the so-called free world. Grigg v. Duke Power made administering IQ tests for employment illegal. Never mind the basic evolutionary requirement for common sense and intellect implicit with working on the 500Kw Transmission Lines. Thupit Peeple have Civel Writes two ya know. Unless, of course, they also happen to be White and Conservative.

So we can’t do IQ tests, but we can cheat like the NFL and Silicon Valley and give intellect tests or thinking tests instead. Those are totally different from IQ Tests. You see, Wonderlic calls its test something else.

The Wonderlic Cognitive Ability test was created in 1936, and designed to measure an individual’s general cognitive ability. Today, the test is often given to prospective employees in order to evaluate their learning and problem-solving skills. The score is generated based on the number of correct answers given in the allotted time. This Sample Test was created in the same vein, aiming to give individuals an idea of the score they could receive on the Wonderlic test. If you’re looking to get a general IQ score, try the Wechsler test, also known as the Wechsler Adult Intelligence Scale or WAIS. It’s one of the most popular tests used to measure intelligence scores today. Do you think you have an intelligence quotient in the top two percent of the population? Try the Mensa practice test to see if you qualify to be a member of this elite, high-IQ organization.

So Vince Young would never get to vote. But then again, I’m fairly certain he’ll be off to the strip clubs making it rain instead on Election Day. So what do leftists have to lose if they make us all take an IQ test before voting?

Here’s the real question. Would democracy be democracy without voters who believe Barack Obama is going to pay their mortgage? If the answer to that is no, why continue with the plague that is democracy? Could the current Kakistocracy stay in power without it?