Interview With Paul Ramsey Of Ramzpaul 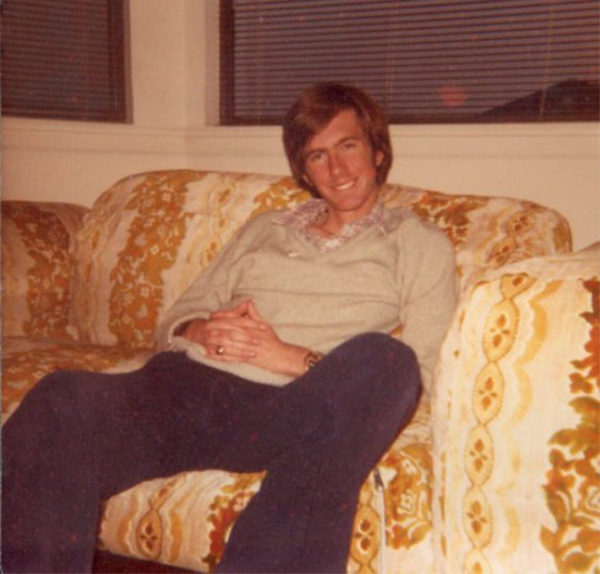 For many years, Paul Ramsey has served as a voice for the nationalist Right, guiding us away from emotional reactions and toward practical policy with his informative, witty and thoughtful podcasts. Recently, he had a few moments free between attempts to save the West from itself, and sat down with us for a brief but intense interview.

At what point did you break away from the “everything will be OK” mentality of modernity? Was it a gradual awakening, or a moment of shock?
Â
It was gradual. I have always been outside of the traditional Democrat / Republican paradigm. When I attended university, I was a libertarian greatly influenced by the writings of Ayn Rand. I figured that her description of civilization breaking down as described in Atlas Shrugged was correct.
Â
After college, I spent many years working the tech industry. The culture of the tech industry in the 1980s and 1990s tended to be libertarian and I felt at home. As I spent most of my time working, I did not get involved with politics.
Â
After 2001, I slowly came to realize that the libertarian model would not work as the USA transformed into a Third World population. The immigrants would not allow us to have our â€œGaltâ€™s Gulchâ€. They would demand more and more until the country was just an empty shell.

When did you start doing your iconic videos, and originally, what was your intent? How did it expand?
Â
My original video was for Liberty Forum. Liberty Forum was a libertarian message board. My user name was Nikolai9. (Nikolai was a character I liked in War and Peace.)
Â
When I first posted my video, it was more of a lark. YouTube was new and I thought it would be interesting to do a video commentary. I think my first video was on Peak Oil (a subject I was later proven to be horribly misguided on). People in the forum seemed to like the video. And I was astonished I got a hundred views! I could not believe that so many people would watch a video from me.
Â
I never had a master plan concerning my intentions. I just had fun making videos. My early videos were on a wide range of topics. For example, I once interviewed a zoo employee about chimpanzees.
Â
As my political views became more nationalist, I started to attract a Stormfront type of audience. Such was a blessing and a curse. My videos became more popular, but I started to become pigeonholed as a â€œWhite Nationalistâ€ which I never desired.

I think my audience expanded because I offered something new: a normal guy who advocated Nationalism without the Nazi baggage. Many people could relate to that. I was the start of what would later become known as the Alt Right.

You are an unusual thinker in that you affirm certain taboo principles, but shy away from the extremes of movements that usually endorse those. How did you arrive at this path, or more fully, how do you know when an idea is true and how to avoid misinterpretations of it?
Â
One of my early videos was called â€œThe Truth.â€ In that video, I struggled with what was the truth and how could one always advocate the truth. That is easier said than done as once you are part of a â€œgroupâ€ you have pressure to conform to the ideology.
Â

But my overriding goal in my videos was to always be honest with my videos. I think an audience can tell if you are faking. And, as a man, I am always re-evaluating my positions. I have learned that there is more that I donâ€™t know that what I do know. As such, to be dogmatic on an issue can be dangerous and false.
Â
I donâ€™t have an answer as to how to avoid misrepresentations. The SPLC has misrepresented me. The media has misrepresented me. Many people on the Right have misrepresented me. All I can do is speak directly to my audience and hope they understand me.

It seems that we in the West are in the midst of some kind of massive cultural shift or “sea change.” What do you think this is?

Technology has changed everything.Â  No longer can ideas be contained by a few gatekeepers. People such as myself can influence millions of people, not just in America, but around the world. This is as revolutionary as the invention of the printing press.

And such technology has created a scale that humans have not evolved to cope with. For thousands of years people usually only had to relate to a few hundred people within a radius of maybe 100 miles. Now that scale is global and it creates anxiety and unhappiness.

For example, a pretty girl in Stillwater, Oklahoma 50 years ago only had to compete and gossip with other girls in the same local area. They shared the same race, religion, language and basic outlook on life. Now such a girl is in a global market that may include fighting other girls based in Moscow and London. And there is this huge clash of religion, languages and values. I donâ€™t think people can cope well with this scale.

People are evolved to belong to a local tribe that shares the same basic values. But technology has created global competition and desires that canâ€™t be met locally. So, people become unhappy.
Â
The great tragedy is that people yearn for Nationalism, but they are tempted by the exciting fruit of globalism.

Are you against diversity and in favor of nationalism generally, or more concerned with specific groups?

I believe that nationalism provides the most happiness for humans. But people are also attracted by the exotic. Ideally this would be resolved with nationalist states that allow travel between cultures. For example, a Hungarian could live with his people in Hungary, but experience the diversity of other people through travel.

Following up on that, what do you think of the “JQ” or “Jewish question” and how relevant is it to the task of, say, restoring Western Civilization?

One of the reasons I am not a good fit for the new Alt Right is that I am ambivalent on the Jewish question.

As I have done many videos, I have recognized patterns. Most of the anti-White and harmful programs and ideas tend to be pushed by Jews. And when I see Jews tend to be involved with 80% of these harmful ideas (such as White Privilege) and yet they only compose 2% of the population, I know something is wrong.

And, yet, I have known many Jews that are just normal people that are not part of some malevolent conspiracy against our people.Â  Yes, I know that puts me in the â€œNot All X Are Like Thatâ€ clichÃ©. But I canâ€™t help it. I canâ€™t base my ideology on the hatred of other people.

In your view, if everything goes right according to what you would like to see for our future, what timeline of events will happen and what will society look like in the future?

Ideally, I would like to see the peaceful acceptance of Nationalism across the world. A world in which Germany is for the Germans and Japan is for the Japanese.

Realistically, the best I think we can hope for are a few countries that support the nationalist model.

I have no idea about timelines. When I was at university, I would have said you are crazy if you told me the Soviet Union would break apart is fewer than ten years. But it did.

I donâ€™t think God gives us timelines, but He gives us tasks to perform faithfully.

We should now talk about the “CQ” or “Christian question.” Do you see Christianity having a role in the restored West? How necessary is it? What are the downsides?

Religion is like the skin of an orange. The skin of the orange is not that good. You canâ€™t eat it. But the skin is necessary else the fruit rots. In the same way, religion helps to protect a people. We have lost our religion in the West, and we can see that our people have become corrupted and depraved. As humans, we need religion.

Christianity was the religion of Western Civilization. Paganism did not bind all of Europe, Christianity did.

Having said that, I am more of a Cultural Christian than advocating a specific theology. Holidays such as Christmas and Easter bind us as a people, even if some may not really believe the stories. Â

I think identity is the glue that can bind us together. Things fall apart when people start demanding purity tests concerning National Socialism, the Holocaust, the JQ, religion, the role of women, etc. We will never agree on those issues to form a critical mass. For example, if you should demand that a movement adopts â€œWhite Shariaâ€, good luck being anything beyond a tiny fringe. To be a viable political force, we need to attract normal people. And most normal people are not interested in trying to re-create the Third Reich or a White ISIS.

Can you tell us where you are currently active and how to stay in touch with what you are doing?
Â
Ironically, I am Nationalist that lives a cosmopolitan lifestyle. I frequent Europe and the United States. I lack roots, and that makes me unhappy. Living in a small village away from everything is a goal of mine.
Â
You can always stay in touch with me via e-mail [email protected] or Twitter RAMZPAUL.

You can find his video channel on YouTube as well. Mr. Ramsey, thank you for taking the time to talk to us, and best wishes in the future!