Interview With Frank Dotro Of La Rete (The Network) 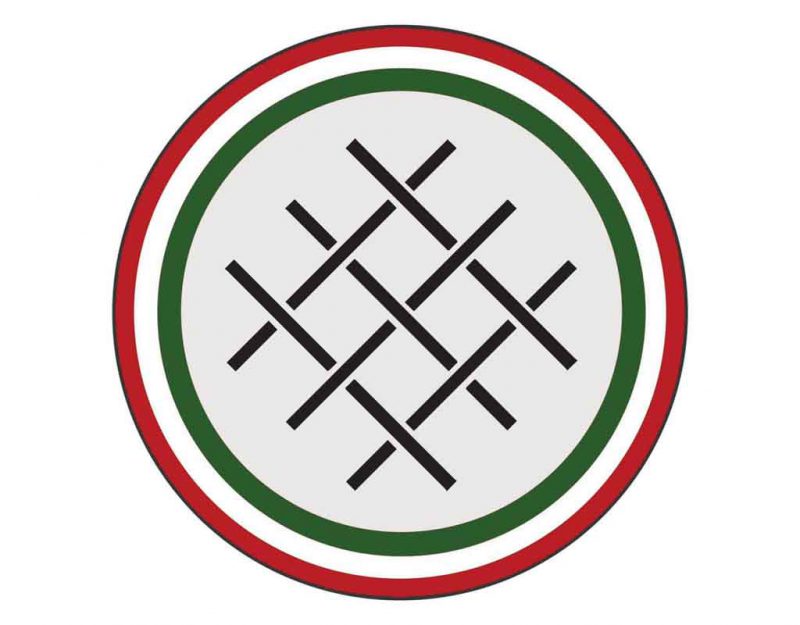 Big changes are coming to modern civilization as it internalizes the failure of equality and internationalism (globalism/diversity). This means re-alignment of the forces in play in politics, which is happening in Italy as La Rete (“The Network”) is born out of the ashes of older parties.

We were fortunate enough to get in a few words with Francesco “Frank” Dotro, a force of change on this new front.

What was the Forza Nuova, and how did La Rete emerge out of it?

As of early May of this year a major split has occurred in Forza Nuova a Nationalist Party in Italy which was founded and led by Roberto Fiore. For a period of time now it has been felt that the leadership in Rome has strayed from the beliefs the Party was founded on. Due to political differences it is believed that 75% of current membership have left along with two of the three Vice Secretaries. Supporting groups such as Solidarietà Nazionale, Associazione Evita Peron, and Lega Della Terra have also joined in the exodus. The choice was not an easy one as many members have been involved from the beginning. They all have weathered the battles together and have held the torch of Nationalism through the years.

Out of this the membership has decided not to end the battle for freedom and continue to fight for the preservation of the culture and future of Italy. It has formed and given birth to the Rete Delle Comunita Forzanoviste. This is a temporary or rather interim organization being utilized to bring Nationalists throughout Italy together in a common cause. A new Party will be formed on the Fall of this year. Already there have been discussions with new groups joining along as well as old members returning. There is a feeling of great enthusiasm and hope that the Rete (Network) will forge ahead and provide solutions for today’s problems in Italy and Europe as a whole.

What is the Rete?

The Rete is a network of militant communities active all over Italy. These communities have decided to form a new nationalist movement with a common organization and style of action. The old nationalist associations seem to be outdated and unable to solve new problems. On the other end, the social situation is changing dramatically in our Country. The majority of people’s anger with the globalists has increased in number but they are ideologically confused. They understand — or better yet — feel the system is totally wrong but they have no idea of how to change it, let alone what to build upon its ashes. This means that the Rete will have to find new methods and elaborate a modern strategy, at the cultural level as well as in the streets. The Rete will work for the birth of a Nationalist Bloc together with other patriotic groups.

When did it start, and what are its goals?

It started on May 8th, a day dedicated to St. Michael the Archangel, chosen as the protector of all militant patriots. The Rete is formed by hundreds of activists with good discipline and experience. The first step was to give the Rete a solid organization: a centralized leadership — the Segreteria Nazionale — consisting of a team of both young and old people. It will also incorporate a number of political “commissions” to analyze specific aspects of the struggle (students, foreign policy, ideology, etc) and technical “offices” with specific tasks (graphic, legal, media, social and recruiting).

The Rete has several so called “satellites” or parallel organizations. Solidarietà Nazionale is active in collecting food and helping poor Italians with food distributions (in contrast with the privileges accorded to immigrants). The Evita Peron Association is the women’s front, active against gender propaganda, it also takes care of a Summer camp for children and might soon start homeschooling, (quite uncommon in Italy, so far). The Lega Della Terra is for the peasants and farmers, and our young activists are forming a Rete Studentesca in the schools. We plan to form specific social cells in different categories, such as truck drivers, teachers, etc.

Our militants are also busy with operation “Quartieri Sicuri” (Safe Neighborhoods) walking the streets in dangerous urban areas. The Rete has just opened a website at http://www.la-rete.it/ but we are going to open more, for the satellite organizations and for cultural articles.

What are the “8 Points” and what type of society do they aim to create?

The “8 Points” have contributed to form a whole generation of militants in Italy. Synthetically, they are:

The Rete has produced a Political Manifesto that derives directly from these principles and applies them to the new social situation regarding the State, the concept of National Identity and Italian/European Fatherland, the need for a Demographic growth, the Economy, the Judicial system, Education, and the Military. The Political Manifesto has been conceived as dynamic as every part can be developed into a larger specific political document and we welcome contributions from experts in the specific fields, inside or outside the Rete. We believe that experts and intellectuals should not confine themselves to pure theory, they must produce cultural weapons and ammunition for the political soldiers working in the streets.

As for the society we want to build, it is a society based on natural law. You can call it a “New Order” as it will be totally different from the present, corrupt system but you can also call it an “Ancient Order” based on the values and teachings of our European forefathers, so probably the right definition is “Eternal Order” because the values of God, Fatherland and Family are always the pillars of our civilization. In our era the globalist agenda is threatening our national identity in every aspect of life: cultural, political, religious, ethnic, economic, etc. It is a totalitarian threat and therefore the defense must also be totalitarian. We cannot afford to underestimate even just one of the tentacles of the globalist monster.

How did you get involved, and what is your role?

I have been involved in militant activities all my life, just like my father before and my sons today… At the moment, I am a member of the Segreteria Nazionale and of the commission for developing the Political Manifesto. I am also active in building a cultural front for the Rete. In October the roles will be better defined in a Congress but on the whole, we wish to work as a team and hope to see as many new young leaders as possible at all levels of the Movement.

What will it do in the USA?

The branch in the U.S.A will act as a support group for the Party in Italy. We will attempt to attract members here who have a love of either their Italian or European background. The hope will be by attracting attention to the Party we can help with the needed causes in Italy. Some of the planned activities are to spread awareness for the Party, write articles, and develop podcasts discussing issues in Italy as well as throughout Europe in the hope of awakening a nationalist spirit. We will reach out to Nationalist website and podcast hosts in an effort to help us promote and spread our message. In return we offer full solidarity and hope to reciprocate any needed help. We also wish to develop a network with other Nationalists here in the United States and to work together wherever possible. Our goal is similar to any other true nationalist group which is to preserve the culture and land of our family and forefathers.

What do you hope to achieve in Italy?

First of all, we have to contact other patriots and explain our strategy. Many of them have formed small local groups or do not belong to any association at all, however, by joining the Rete they can give a valid contribution to the cause. Local activities have already started but as soon as the “virus laws” relax, the Rete will organize bigger events. On September 29th (Saint Michael’s Day) all sections will renew the traditional “Solemn Promise” to St Michael the Archangel and in October the Rete will hold a National Congress. Strategically, we hope to show our people the way towards a nationalist reaction against globalism.

For those English speaking Nationalists interested in more information or how they may help please email [email protected].