Ideas without vision are useless 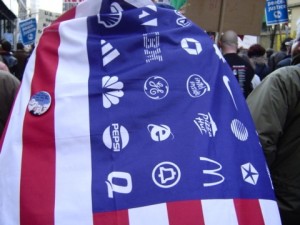 I’m in touch with folks that are considered part of Generation Y (I sort of fall in between X and Y, I guess). Many of them have no desire in kids or families, date casually, listen to vinyl, and generally strike back against anything their parents do with a hipster attitude typical of those we describe when we say Generation Y. They also have a knack for perpetuating these behaviors well into adulthood with no signs of changing.

It’s no surprise, then, that many reject their parents’ attitudes toward home ownership – but offer no real solution other than “my parents did that; that’s so lame”:

“One-third are willing to pay for the ability to walk,” Ms. Duggal said. “They don’t want to be in a cookie-cutter type of development. …The suburbs will need to evolve to be attractive to Gen Y.”

Places to congregate are more important than a big apartment, he cautioned. He showed one layout of a studio apartment-350 square feet, as big as Mom and Dad’s Great Room. Common space has migrated to “club rooms,” he said, where Gen-Y residents can host meals and hang out before heading to a common movie-screening room or rooftop swimming pool that they share with the building’s other tenants.

The suburbs won’t simply evolve to suit the lifestyle of a younger generation. In case this isn’t obvious to some, the suburbs have already been built and what exists will exist until someone tears each individual house down and remakes neighborhoods piece by piece. The parents of these brats brought their wealth and jobs to the suburbs when oil was cheap, so having the two cars and the garage were part of the deal when it was time for them to start families. This in turn gave new life to the auto industry as suddenly cars had to be reliable instead of just beautiful, and it eventually allowed companies to buy sprawling office space in central locations outside of cities.

For better or worse, these changes have occurred and nothing will magically evolve it into what Generation Y wants. If Generation Y has a different vision of the suburbs, it might be time to start working toward that goal instead of expecting a real estate developer to do it for you. Few will demolish an entire subdivision for the sake of young people wanting walls in different places. 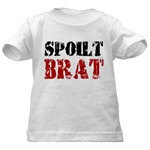 But men who want to accomplish something greater than “where to put the Wii” have already thought a lot of this through and created new styles of neighborhood living.Â  My favorite example is New Pedestrianism by Michael Arth. Michael Arth is a leader who is trying to show people how to re-make a development into a better vision of shared living spaces. You can still have your two-story home and garage, but let’s re-make it so the focus isn’t so much on driving and being away from home; let’s focus on community for its own sake.

Do you really want no car, Gen-Yers, or are you just posing because your parents have a Benz and you’ve been brainwashed to resent wealth? In many cases, Gen-Y parents are not the ones making the big decisions in society, they just happen to have decent paychecks – which is how they can afford to house their kids into their late 20s in the first place.

You won’t read on Yahoo! or anywhere else that hard work and a dedicated resolve toward a goal that’s meant to achieve something is needed to re-envision how society lives its daily life. It’s a grand task, and it’s not as simple as “Gen-Yers want to live in a glorified billiard parlor; make it happen”. Men like Michael Arth understand that and put good ideas into action, instead of hoping that an idea is executed by someone else to his liking.

Tolerance and multiculturalism | Could liberalism be a bad mental habit?