in American society has been different things in different eras. At the turn of last century, multiculturalism meant multiple cultures co-existing in relatively peaceful fashion. Back then, we could all accept each others different ways of life, which usually also translated to somewhat separate geographic spaces (neighborhoods within cities; entire towns outside), and in this tolerant environment, groups that stuck together and were productive achieved much (think Italians in New York politics and in construction; Irish in Boston-area politics, etc.).

As World War II came to a close and Baby Boomers began spreading equality as a drug, multiculturalism morphed into something else: we all have to agree to the lowest common denominator, such that every culture is equal in everyone’s eyes. This worldview took people who had grown up in traditionally mono cultural households and all but demanding that they “tolerate” people of other cultures.

Doesn’t sound so bad, does it? If we’re all going to live within the same borders, shouldn’t we all try as best as we can to “tolerate” for the greater good?

There’s the hitch: Tolerance became a goal for its own sake instead of for the greater good of anything; there was no goal aside from tolerance itself, to water us down into a gray pseudo-culture. Once, it was okay to be proud of one’s Greek heritage, and talk about it, as long as you’re not out killing any Turkish person you happen to see on the street. Now, we can’t discuss our family connections to cultures from anywhere without fear of sounding old-fashioned – the worst kind of intolerance! – unless it happens to be a third-world sinkhole so the rest of us can feel bad and pity the poor refugee.

Multiculturalism, in this sense, has turned into a weapon: “Tolerate [the lowest common denominator], or else.” Oddly enough, most people don’t know precisely what they’re agreeing to when they agree to be “tolerant”. Much like the words freedom and liberty, you can’t have freedom without being free from something or free to do something; it has to be a conditional argument. Like those words, “tolerance” must be defined more clearly. 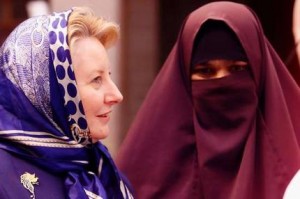 But definitions are details that get in the way of a good time, so “tolerance” is used as a weapon and can be defined however suits the masses on a given occasion. “Tolerance” for “change” got us our newly elected president in 2008.

“Tolerance” of other cultures – the new multiculturalism – has given us the very worst the world has to offer in the form of ultra-tolerant immigration policy: drug mules from Mexico; criminal “refugees” from African nations, and of course, a heaping of Indian high tech workers and Arab who-knows-what-they’re-doing-on-their-spare-time visa applicants. Where in prior generations, we tolerated the presence of other cultures and simply observed to see if they could sink or swim in our country of hard work ethic, now tolerating other cultures means free education, free college tuition in some states, free automobile licensure, etc. What the “tolerant” among us fail to state is that without anyone contributing to this grand pot of wealth created in prior generations and maintained by the wealthy and working-class who actually pay taxes, there would be much less room for any of these entitlements.

In this way, tolerance of multiculturalism now translates to bowing down to anyone from another culture – usually a weak one – making their way to our country and getting fat off a dwindling tax base. Tolerance means no work; multiculturalism means “you can’t keep anyone out of your neighborhood; and your badge of honor for living in an especially diverse neighborhood is bullet-dodging”.

Whereas multiculturalism could have made our country stronger, in the end, it has weakened and destroyed it via the ever-changing idea of tolerance.

Archeofuturism: European Visions of the Post-Catastrophic Age by Guillaume Faye | Ideas without vision are useless