Could liberalism be a bad mental habit?

America and Europe are both separating like oil and water. One side is more conservative than the other, the other side more liberal than conservative.

Unfortunately for both, the terms “liberal” and “conservative” have gotten so muddled that most people are confused as to which side they’re on. But if we track the two historically, it’s easy to see which is which.

To give a little history lesson, liberalism arose about the time of the Roman Empire. A young Jew, Jesus, was offended to see his people so occupied. So he invented a time-honored strategy, which is to unite people by blaming whoever is in charge. It’s safe, and most of all, it makes us feel good. The problem is not us, it’s the leaders; the problem is not our incompetence, but what they took from us.

In Europe, liberalism flowered with the population boom of the 18th century. By 1789, when the peasants in France overthrew their aristocrats (and murdered them) the ease of liberal thought was well-established: if we overbred, it’s our leaders’ fault for not holding us back.

Liberalism was effective as a meme for several reasons:

All of the above make liberalism the most successful meme of the last 2000 years, even more so than the major religions or technology/industry. Interestingly, those two groups are entirely compatible with liberalism because both focus on the individual and on explaining individual actions in terms of “should” and “ought” as opposed to practical, behavior-X-leads-to-result-Y studies in the conservative tradition. 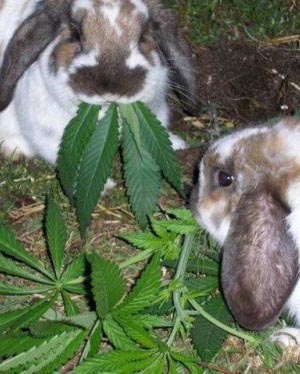 Memes are squirrely things. Once one gets in your head, like a catchy song, it’s hard to fully banish it. Your brain is like a goat chewing leather; it keeps working over the mystery, baffled by how simple and self-evident it seems, thus it keeps looking for deeper reasoning. Surely there’s more meaning here? Chew, chew, chew.

In this way, we find ourselves adopting behaviors after trying them out only once. We take on a new habit, try it out, and since it didn’t kill us, we keep doing it because now it has fascinated us. How does it work? What does it mean?

Two of my favorite comparisons are epidemic in industrial society: obesity and procrastination.

While some of the fat people out there have glandular conditions, such conditions aren’t that common, which means most of them simply have a bad habit of eating too much. Why do people eat so much? It’s comforting, feels good, and no one criticizes you for eating.

Procrastination occurs in every office and school in the land. We know what we have to do, and yet we don’t. Why? We got away with it last time, or the first time. We put off studying until the last minute, and got a B+ on the test anyway, and then that meme got to work in our brains: do less, get an OK-but-not-great yet still acceptable result. The efficiency of procrastination fascinates us. What we don’t notice is that while we’re procrastinating, we’re not doing something effective; in reality, we’re still bound to the task we’re avoiding, so we waste time and are less efficient. But to our befuddled brains it seems more efficient.

I and others offer up suggestions that liberalism could be a similar meme. Nietzsche blames ressentiment and an impulse to revenge; Lasch blames narcissism; I attribute it to under-confidence and a sense of lack of place in the world. Either way, liberalism carries with it an inherent victim mentality:

This victim mentality means that liberals always look for an underdog and take its side, forgetting that other factors may be in play. By the same token, they look for the individual and assume that social institutions (kings, corporations, religions, governments) must be to blame if that individual is in a not-so-good way. They ignore the fallibility of individuals because to admit that individuals are fallible is to puncture the doctrine of us all being equal, and that would undermine liberalism itself.

Ted Williams rose to YouTube fame and then real world stardom after being interviewed while begging for money on the side of an Ohio street.

Anyone with two brain cells would have immediately discerned that it would take years to make the disheveled beggar a productive member of society.

But radio and TV stations desperate to boost their ratings showered the longtime substance abuser with jobs as a voice-over talent. They should have offered him a job as a janitor so that he wouldn`t have to deal with the pressure of being in the spotlight.

Williams imploded even faster than a cynic like me expected, reportedly he`s drinking again and he was arrested after a physical altercation with his daughter. – American Chronicle

It’s common sense when you look at it in hindsight: man with golden voice who is flat broke is also an out-of-control career substance abuser which is why he’s homeless.

Reality intervened of course and now Williams is worse off than before: he’s still a homeless wino, but now he has an additional burden of shame and failure to drink away.

How many conservative establishments did you see cheering on the “give the Man with the Golden Voice a chance”?

And how many liberal ones?

If you answered zero and any number above forty, you’re correct. No conservative thinkers were falling all over this guy, but many liberal sources were.

Let’s look at another case:

“A climate in which demonization of others goes unchallenged and hateful speech is tolerated can lead to such a tragedy. I believe that it is not a coincidence that this calamity has occurred in a state which has legislated discrimination against undocumented persons.

“This same mean-spirited xenophobia played a major role in the defeat of the DREAM Act by legislators in Washington, leaving many exceptionally talented and deserving young people, including our own undocumented students, painfully in limbo with regard to their futures in this country.”

It was not the first time that Birgeneau had offered up a laughably illogical observation on current events. A few years earlier, he had claimed that protesters against the construction of a new sports training center were motivated by “racism against our underrepresented minority student athletes.” – Sacramento Bee

He’s referring to the Jared Lee Loughner shooting in Arizona. People forget that Gabrielle Giffords, while a Democrat, was too right-wing for most of her party. They also forget that the right wing in Arizona didn’t need to take her out; they needed to vote her out. But it makes for good copy to claim that a deranged conservative nut shot her, because that fits into the victim-underdog mentality of liberalism.

Liberalism creates a need for there to be a big, shadowy oppressive force — shades of the Roman Empire — which is through sheer cruelty and powerlust dominating the individuals who, despite being equal, are now forced into unequal circumstances.

When you poll people in ten years about this event, if any remember it, they will remember Jared Lee Loughner as a right-wing shooter. Universally, that is what our media reported, because that is the more popular meme than a boring old Grandad saying “well, kids, don’t be hasty — let’s wait until all the evidence arrives.” Yawn-ola.

It’s also a convenient way to rally the troops. “They shot one of us, it’s their hatred and bigotry to blame!” is the liberal equivalent of “They took our jobs!” It’s in-group sympathy joined by hatred of the other. Liberalism encourages people to join together in their hatred of the Roman Empire, conservatives, French aristocrats, big corporations, the Pope, whatever — as long as it’s the Big Fish and not the Little Guy.

How else can we see this meme at work?

Rep. Steve Cohen (D-TN) invoked the Holocaust to attack Republicans on health care and compared rhetoric on the issue to the work of infamous Nazi propagandist Joseph Goebbels.

Who do we compare our opponents to? It’s always easy to blame the last bad guy we beat in a war. It’s also an end to any productive dialogue. In addition, it’s a terrible strategy for liberals.

Conservatives, if they’re honest, will note that they are ideologically related to Adolf Hitler, feudalism, Social Darwinism, European monarchism, fascism and the strong morality of ancient religions like Judaism or Hinduism. These are our bedmates, and I’ll take them; the left, on the other hand, has to admit that it is related to the work of luminaries like Castro, Guevara, Lenin, Stalin, Trosky and Mao. These not only killed more people than their right-wing brethren, but they left behind ruined societies. Not societies defeated in war that bounced back to be productive; they left behind third-world ruins. They took productive and happy places and turned them into miserable conformist re-education camps where everyone starved.

When we approach our current political divide, it’s time to stop treating liberalism as a “belief” or a “viewpoint” in the same way that years of study and observation construct a viewpoint. Instead, we should view it as a meme: a mental shortcut that makes us feel better about life, and in so doing, uses us to perpetuate itself. We are all its victims, like we are all victims of procrastination (and many of obesity, he said, eying a California Club on the menu for lunch). Instead of trying to find compatibility with this dysfunctional meme, we should work on separating from it, and provide care to its victims as becomes possible.

Ideas without vision are useless | Death of capitalism? No, of modern liberal economics