How They Are Going to Take Out Free Speech 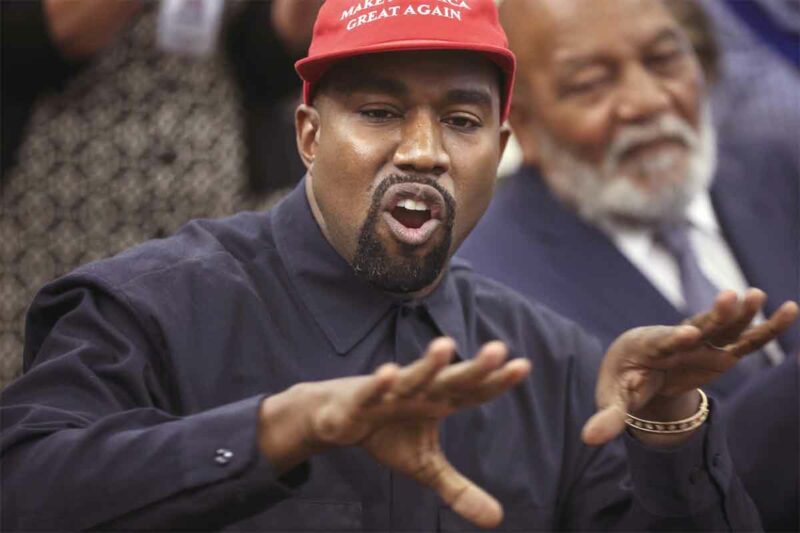 Modernity has reached the end of its arc. Replacing embattled monarchies, it had a brief rise as it cut out expensive institutions of the past, then began its plummet. The same problems that afflicted other forms of society also hit modernity, and it proved unable to deal with them.

It turns out that societies based on homogeneity and hierarchy, where people tried to fit into tradition and natural order, work better than legalized egotism with forced compliance in the name of equality. We know that modernity has run its arc because it has become defensive and controlling.

Today they deplatformed Kanye West by removing his bank access, presumably in response to his anti-Jewish statements in media, at the same time that a court handed down an absurd judgement against Alex Jones. The point is clear: speak the Narrative, never mention the Dissident ideas, and you will not be destroyed.

The Left has found a permanent solution against Dissident speech. They will categorize anything but the Narrative as hate speech and/or unscientific, fact-checked false; they will then claim you have free speech, but if you use to do anything but bleat-repeat the Narrative, you will be sued into poverty and get raped in the ghetto or trailer park.

Originally, the idea behind defamation suits was clear: if someone said something that they knew was a lie or should have known was a lie if they did even basic investigation, so that they could cause another to lose money and power by weaponizing public opinion, then they could be sued enough to cause them to stop.

It was designed for a situation where Grocery A suddenly spreads the idea that Grocery B is bad because they rape goats, even though no evidence of goatrape exists. Customers flee Grocery B and go to Grocery A, so this bad behavior is rewarded. The courts wanted to avoid creating that incentive.

Then, they will sue you. It will cost you a half million to begin defending against this suit, so you had better be a billionaire. In the court, they will trot out the fact-checkers, scientists, and public opinion, and it will be decided that you lied to hurt others for your own profit. Exit you into poverty and goatrape.

Similarly with Kanye West, when someone speaks against the democracy orthodoxy, these statements will be fact-checked as false and rejected by articles on Science Direct. Then all of his banks, maids, lawyers, insurers, and advertisers will flee, ensuring that he cannot do business. They did the same to Michael Jackson.

The point of this article is not to validate the statements of Jones and West; they belong, in my worldview, to the protected class of speech known as “opinion.” These reflect preferences and characterizations, not laboratory-observable truths.

However, if we have seen anything from modernity, it is the knowledge that stereotypes exist for a reason and slippery slopes are real. Today they will nail Alex Jones and Kanye West; tomorrow, you will find yourself banned from every site on the internet and every business for posting “JEWS DID 9-11” because those businesses fear retaliation on themselves.

This shows us how far modernity has fallen. Under the socialist entitlements regime, the only industries that remain are those created and protected by government, so now as in Communism, everyone has fallen into line. Fear of “racism” and being the New Hitler takes care of the rest.

No society based on being open, free, and progressive wants to endorse this kind of censorship, but democracy has. This shows us that it has reached the end of the time when it can prove itself, has failed to produce good results, has produced bad results instead, and now is in damage control mode.

At this point nothing can stop what is coming. Democracy has self-destructed and no longer has a mostly-White, high-IQ, and law-abiding population to work hard and smart and bail it out. Nothing awaits but the abyss, and after that greener fields and brighter skies. Let the cleansing fire guide us toward the light.