How The U.S. Cleaned Up Mexican Immigration 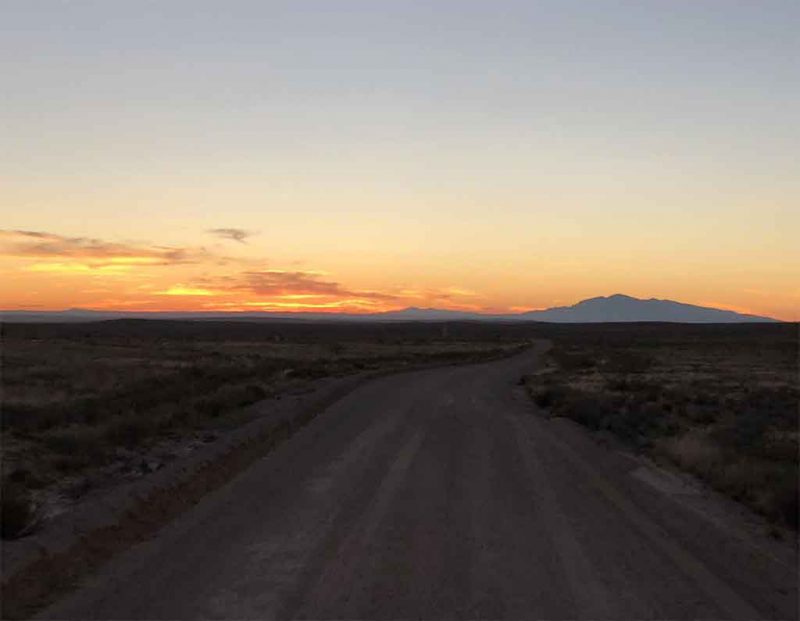 If you live in a small town of the older style, you know what “the wrong side of the tracks” means. On the east side of town, usually, the orderly neighborhoods give away to a disordered place known for cheap land and low law enforcement. This is where the people with no other options live.

Usually, these towns separated the rest of the citizens from this chaos zone by situating industrial or government buildings on the line. This reduced contact between the two halves of the town because whenever you have a poor group next to a wealthier group, friction exists unless you put up some kind of barrier.

Mexico presents a similar problem to the United States. Since breaking free from European rule, Mexico has always been poor, much as it was a thousand years ago when the people that the Maya and Aztec used as slaves were living out in the countryside and eking out a subsistence living. The rulers changed, but the people did not. Mexico is still Mexico.

Consequently, it has always served as a population overflow for the United States, but also a source of tension. Central American Amerinds did not get along with North American Indians, and so the two groups kept much of the American southwest and northern Mexico as a buffer zone. Eventually, the Mexicans sought to claim the northern territory, provoking war with the USA:

Mexico severed relations with the United States in March 1845, shortly after the U.S. annexation of Texas. In September U.S. Pres. James K. Polk sent John Slidell on a secret mission to Mexico City to negotiate the disputed Texas border, settle U.S. claims against Mexico, and purchase New Mexico and California for up to $30 million. Mexican Pres. José Joaquín Herrera, aware in advance of Slidell’s intention of dismembering the country, refused to receive him. When Polk learned of the snub, he ordered troops under Gen. Zachary Taylor to occupy the disputed area between the Nueces and the Rio Grande (January 1846).

On May 9, 1846, Polk began to prepare a war message to Congress, justifying hostilities on the grounds of Mexican refusal to pay U.S. claims and refusal to negotiate with Slidell. That evening he received word that Mexican troops had crossed the Rio Grande on April 25 and attacked Taylor’s troops, killing or injuring 16 of them. In his quickly revised war message—delivered to Congress on May 11—Polk claimed that Mexico had “invaded our territory and shed American blood on American soil.”

Mexico could not claim the territory it wanted because Mexico lacked the strength to oppose the North American Amerinds in the area, so it invited in Anglo settlers to colonize the area and keep the Indians at bay. This strategy worked well, but then Mexico decided it wanted its land, which at that point had come to house a lot of Germans as well, and the settlers balked.

Texas then fought for its independence and won, but Mexico would not drop the issue. Upon entrance of Texas to the United States — Texans are still divided over the wisdom of that decision — the numerically superior Mexican forces had to back down. Offering an olive branch, the United States proposed buying the territory that Mexico could not control.

The resulting tantrum from Mexico resulted in the Americans marching into its territory and forcing its government to yield, at which point Mexico embarked on the course of passive aggression that continues to the present day. Acting much like a minority in a diverse country, Mexicans focused on resistance to American aims and thwarting America whenever possible.

Who can forget the raids of Pancho Villa or other border bandits? They would cross the Rio Grande, then kill, rape, loot, and burn, but then fade away back into Mexico. This taunting of the Americans eventually produced a severe response, so Mexico instead settled for encouraging its people to cross into the United States, hoping to conquer it demographically some day in the way Palestinians hope to someday dominate Israel through their higher reproduction rates.

Eventually, this inverse bullying strategy provoked another American response, this time a mass repatriation of the passive-aggressive invaders:

He wore his hair parted down the middle, rather than elaborately piled on top, and his name was Herbert Hoover, not Donald Trump. But in the late 1920s and early 1930s, under the president’s watch, a wave of illegal and unconstitutional raids and deportations would alter the lives of as many as 1.8 million men, women and children—a threat that would seem to loom just as large in 2017 as it did back in 1929.

…“Getting rid of” America’s Mexican population was a random, brutal effort. “For participating cities and counties, they would go through public employee rolls and look for Mexican-sounding names and then go and arrest and deport those people,” said Dunn.

The attitude of many industrialists and agriculturalists was reflected in larger cities: “A Mexican is a Mexican.” And that included even those citizens of Mexicans descent who were born in the U.S.

“The first raid in Los Angeles was in 1931—they surrounded La Placita Park near downtown L.A.,” Dunn recalled. “It was a heavily Latino area. They, literally, on a Sunday afternoon, rounded everyone up in park that day, took them to train station and put them on a train that they had leased. These people were taken to Central Mexico to minimize their chances of crossing the border and coming back to the U.S.”

It all depends on how we view immigration. If we see it as a natural process, meaning that we support diversity and believe in it, we see these people as having civil rights; if we recognize it as demographic replacement, we see it as an invasion, which means that we finally wake up to the threat posed by our policies and notice that we need their repatriation for our survival.

Now consider a more recent effort to rid America of an invading population of third world Amerinds from Mexico:

(In 1953 alone, some 886,000 persons were seized by the U.S. federal government for illegally entering the United States from Mexico.) The initiative focused on two primary objectives: (1) stemming the flow of illegal and undocumented Mexican workers into the United States and (2) discouraging the employers who harboured such workers. The plan met with resistance from some legislators as well as from agricultural and farming groups that lobbied Congress.

…The INS reported that some 1.1 million undocumented workers had left the country either voluntarily or through prosecution as a result of the operation; however, the number of illegal immigrants who left has long been debated, largely because measurements of “voluntary” departures from the country were difficult to determine.

This sounds a lot like our situation today: we want to break the flow by ending the rewards here, and stop the employers and their lobby who favor having them here. In addition, we can get started by removing programs like affirmative action which give minorities preferential hiring, and end welfare and benefits programs that attract them here. We could also limit or prohibit the sending of money to Mexico, at which point the first-world-to-third-world cash pipeline would also fail and so would the appeal of being here.

Despite Leftists telling us that it is unconstitutional to do this or that we never could achieve it, in reality we easily could remove Mexicans from North America, with most auto-deporting as happened in the 1950s when the incentives dried up. Should we decide to care about our survival, this becomes an intelligent plan.

How Conservatives Will Snatch Defeat From The Jaws Of Victory | Periscope (December 3, 2018)