How The Far-Right Can Deal With Being Mainstreamed 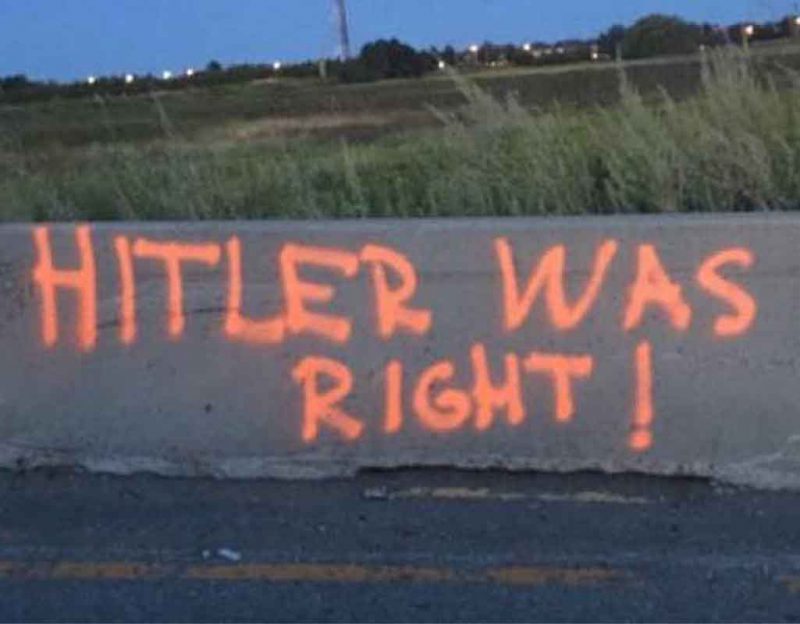 The far-Right spent sixty years after WW2 as an underground entity, basically rejected by conservatives high on the WW2 victory and Leftists who feared any inegalitarian sentiment. Now the far-Right has become obsolete because mainstream conservatives have adopted its ideas.

Although Donald Trump paved the way by making immigration the major issue of his campaign, what really obliterated the far-Right happened when the mainstream media began demonizing Libertarian and Christian groups like the Proud Boys and Oathkeepers as “White Supremacists.”

To the Left, who are clever and cunning but not intelligent or analytical, it seemed like a savvy social move to use peer pressure against “racism” — a nonsense term for the desire to avoid occupation by the third world — to smear their moderate but active opposition.

In reality, it formed a sort of chord. The first note was the Tea Party suggesting that we cut entitlements programs and affirmative action; the second, Trump making our economy boom by cutting immigration, taxes, and regulations; and the third was ordinary conservatives being called “racists” and “White Supremacists” and shrugging it off, since the Left uses that term for everyone who is not Leftist.

Then out came Tucker Carlson with both a Platonic analysis of immigration, and mentioning demographic replacement:

In a democracy, one person equals one vote. If you change the population, you dilute the political power of the people who live there. So every time they import a new voter, I become disenfranchised as a current voter.

I know that the left and all the little gatekeepers on Twitter become literally hysterical if you use the term “replacement,” if you suggest that the Democratic Party is trying to replace the current electorate — the voters now casting ballots — with new people, more obedient voters from the Third World. But they become hysterical because that’s what [is] happening, actually. Let’s just say it. That’s true.

At this point, everything that the far-Right has told us for years, and that Plato told us 2400 years ago, has not just come true, but become conventional opinion among those who are not Leftists. Carlson would not mention this if it were not widely known but rarely articulated; that is how you lead a news cycle, by discovering what people are just about willing to say but still slightly unsure about.

Just like the election that vaulted Clinton into power, the 2020 election season featured a chorus of media, education, entertainment, and government figures telling us that Trump was the worst thing ever. This showed that he hit a nerve.

As a result, America stood revealed as a nation divided on one issue: diversity. Trump opened the door and now this is a permanent part of our national dialogue, with more people every day moving from the “I guess diversity is alright” to “diversity doesn’t seem to work” camps.

This meant the far-Right ran into trouble. Our different sects overlap in their belief in traditionalism and nationalism, with outliers fighting over whether they want to be quasi-socialist or not.

We are no longer needed as the far-Right, and are instead needed as members of the mainstream Right, which means that we need less expression of variety and more focus on a few core ideas, like ending diversity, equality, democracy, and socialism.

Even more, we need to purge these brain-viruses from within ourselves. Too many still believe that equality is a good thing, wealth redistribution is intelligent, or that a multi-racial society can work with only the “right” races.

We can now vindicate the following historical movements on some topics:

Our history teachers owe history a big apology for teaching us propaganda instead of fact. On the other hand, history owes a debt of thanks to nationalists everywhere who pointed out that multi-ethnic societies self-destruct in failure and genocide.

Diversity kills civilization. There are other ways to kill it, but diversity genetically erases the original population. Our current leaders are content to rule over ashes, so long as they rule, so they seek to eradicate the WASP heritage American population.

If we zoom out to before neo-Communism — the Communist-Consumerist hybrid of the modern West — took over, we can see that even “racism” itself was a farce. Americans pledged to let minority groups survive if they could.

Nothing in that said that we must hire them, sell to them, rent to them, work for them, befriend them, and have sex with them. In fact, most people seek a group of those like them — culture, race, class, ethnicity, religion — and are highly discriminating in multiple ways.

With Abraham Lincoln and his total state, our government got the idea that it could simply mandate racial equality through inclusion with the Civil Rights Act of 1866 and the Fourteenth Amendment. These laws continue to rule us to this day.

Right now, we have a lack of “racism” for media to report upon, so they are identifying people who are not White Nationalists as White Nationalists for the sake of keeping the news cycle going. This works in our favor, since if anyone can be called a White Nationalist, the smear loses its sting and, most importantly, its magic “destroy the life of this person” dogwhistle.

Where the media smeared us for years as people who merely hated Blacks and Jews (and some of our less-coherent members emulated that, even from Hollywood movies like American History X) now it becomes clear that we are people resisting genocide by diversity, demographic replacement, and demonization.

We simply want to survive.

Our government has declared war against “White Supremacist domestic terror” because it needs a scapegoat for the failure of its diversity policy. As our cities burn at the hands of minority rioters, they blame White Supremacy.

Just like how they called President Reagan a Nazi and White Supremacist, they will do the same today to any conservative candidate who is not an explicit race-panderer. Trump walked a middle line by being honest about immigration but supportive of diversity, trying to return America to a 1980s level balance between the groups.

This means that we have reached permanently divided status in America. The same divide that existed in the early 1800s but was beaten into submission by defeating American Nativists in the Civil War and several preceding elections has now come to full flower in its final form.

The Left realizes that this means the gig is up, not just with their perpetual reign but with democracy, equality, and diversity dying as concepts as well, so they are fighting back by calling us White Nationalists and White Supremacists.