How I Became Anti-American 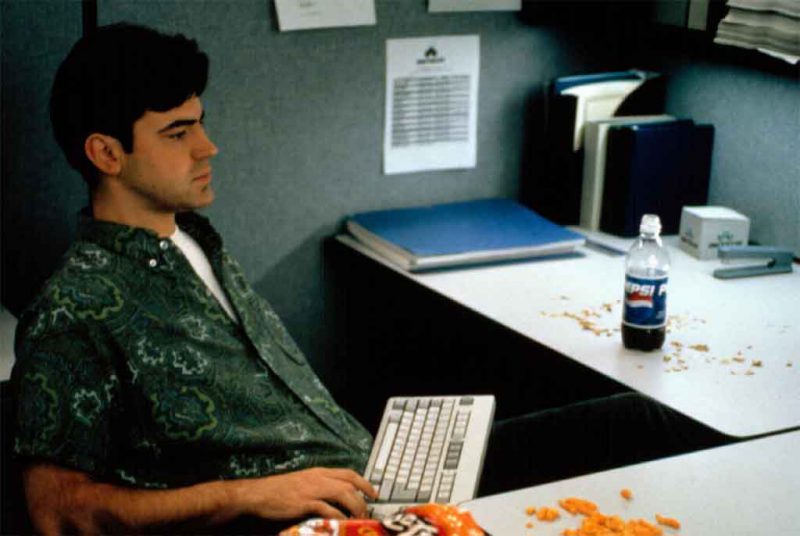 The other day I was reflecting on modern life: no one likes it, but we all endure it because there are no other options, and then reason that we are doing well. This works until suddenly we see through the facade and in an instant, realize that we hate being alive here and want to die much of the time.

This leads me to an ugly realization, which is that no matter how much we dress up modernity as a good thing, it is still the essential evil. This means that any modern option is bad. That in turn means that I cannot any longer support or value what Lady Liberty and her bourgeois comrades have to offer.

Whatever “America” once meant, it now means obesity, wage slavery, ethnic chaos, disgusting mass culture, vapid ethics, and no way to escape the ever-growing beast that will soon cover the world in concrete, suburbs, and misery.

I drove down the road, looking at all the shops and strip malls and goodies for the Consumerist Holiday, along with that new fast-food chain being built while the many trees which once resided there are no more. Those were torn down to usher in another obesity-inducing fast food restaurant, simply because someone will show up to buy the junk.

It is not melodramatic to call many Americans landwhales due to the many easily accessible McDonalds, Burgers Kings, Taco Bells, and other forms of repackaging the same low-quality food as “exciting” and empowering consumer choices. We have shaped ourselves with commerce and freedom, and those have made us as bloated and fat as the Communists were thin.

It saddens me because it is difficult to find a decent woman. And I mean one that is not only thin or at least well-built, but who isn’t a Westernized whore. One who — dare I say it — acts like Muslim women often do: with modesty and an actual attempt at a pious life. Fun fact for traditionalist men out there: women who like modernity are broken.

We are obese because we respond to the advertising and propaganda with which we are surrounded every day. Even an hour of television watching saturates us in commercial and ideological messages. As I sat through yet another (to some shame) recent episode of Modern Family where they gently made fun of “triggering words” and the Leftist loony toons who are offended by them whilst still ushering in their overall acceptance of gender-preferred pronouns and denouncing words deemed the usual Hollywood gist, I was bombarded with advertisement after advertisement after advertisement!

It wasn’t even the commercials and their attempts to sell me a new car or phone or drug or insurance, but even the social justice message of the actual show itself! And I wonder if this is all that’s left in America. All of the major networks now actively promote “sexual harassment” awareness, exploit the “white privilege” nonsense by coating it over with humor, and overall shove the Leftist agenda (or at least its topics) down our throats.

Sure, one could totally disengage their society and somewhat avoid these things, but that’s far easier said than done to even some radical conservatives or traditionalists. Culture is important. To disengage entirely is to be in absolute isolation. And what are you then? What is a man without a culture? Or a man who cannot relate to anyone around him because he refuses the television, ideology, and behaviors of a broken erroneous time?

So when it is said that “Politics is downstream from culture” it means it is important to engage in it. Even if one aims to change it. As of this contemporary state of America, it is on a backwards spiral of utter degeneracy and meaninglessness. American culture is trash. Then again, American culture is the purest expression of egalitarianism, consumerism, freedom, justice, peace, democracy, diversity, equality, pluralism, utilitarianism, and the other tropes that together make up modernity.

Why are suicide rates at an apparent soaring high in America? Why are opioids and other substance abuse rising? One could point to a variety of things, but I do believe a lack of community and some form of religion plays a role. Possibly a lack of ethnic tribalism also plays an underlying role. Community is gone. The State is the “community” now, which basically means we’re all one big global disaster awaiting its deathbed.

Nobody has their own special tribe which means our love and compassion is spread so thin that we loose our center and ability to engage in any form of natural tribalism. Ragnar Redbeard and his book Might Is Right spoke on this exact issue of spreading one’s compassion too far across your own borders. It destroys you.

As I drove past the bank, I thought about the Green God Dollar and how that is what much of the country strives for. Either for survival because you’re too damn poor or because you’re a greed-infested scoundrel who gets off on poppin’ bills like a rapper over some hookers.

This Christmas season will be yet another attempt, by corporations and others ghouls, to win over your currency. Every year it intensifies and more and more product and shiny swagger are shoved in your face. Hell, even parts of the internet offer to silence the bombarding of advertisements for a shiny buck. It’s a no-win situation. Money is what we strive for and bow down to. Without it, what are we? What is a man, in the West, without a dime to his name? Invisible.

The Ill-Informed and CNN Consumers

Talk to your average Joe and you’ll find that he is either uniformed (or misinformed) about politics or does not care about politics. For those who say they do not care about how government operates and effects their lives, or the lives of their children and loved ones, I find a great sickness and irresponsibility.

Many folks sincerely believe CNN is a reputable source for actual intel. I was recently listening to the Phil Valentine show. And guess what I learned in under about fifteen minutes? That the incoming caravan does in fact have MS-13 gang members and, to top it off with a lovely cherry, they have a lot of different diseases. I also found out that George Soros and his Open Society organization is being shoved out of Turkey due to members being linked to terrorism attempting to overthrow the government. Ever hear that on CNN? If so, color me shocked.

I can rarely have a solid, well-grounded conversation about politics with any American. I sometimes refer to them as “American cogs” because of how grossly offensive their levels of stupidity are. The lack of honest investigation, philosophical interest or pursuit of knowledge overall confounds me at times. This leads me to not care about America, as a whole, anymore.

Can She Be Saved?

Only through destruction can renewal begin after a given line is crossed. I quite firmly believe America The Foolish has far since crossed that line. Ever hear of the case out of Texas where a father could lose custody of his son who, as the mother claims, is transgender and could legally be allowed to support hormone treatment in about two years at age eight?

This snippet comes from The Federalist:

In their divorce proceedings, the mother has charged the father with child abuse for not affirming James as transgender, has sought restraining orders against him, and is seeking to terminate his parental rights. She is also seeking to require him to pay for the child’s visits to a transgender-affirming therapist and transgender medical alterations, which may include hormonal sterilization starting at age eight.

If Satan truly exists, then he works well in horrifying ways through women. And this is just one of the many lunacies of the LGBTQ agenda, it just a tool of or symptom of the Leftist agenda. Why in the hell would I support this country anymore?

Americans are fat, dumb, ugly, uninformed, impatient, self-important, self-entitled, whores, chicken hawks, self-righteous — what is there to live for anymore?

Almost every day I consider blowing my brains out because I have no sense of peace about my countrymen or culture as a whole. America is rotting away. And while so many American cogs see America as the fulfillment of the French Revolution’s desire for “liberty, equality, and brotherhood,” I foresee such destruction and heartbreak that I’m lost to why so many see such light in the heart of darkness.

It is clear that our path toward freedom led to our freedom consuming us because we are not fundamentally good enough to handle freedom. America will never revert back to her roots. Not ethically, religious or culturally. It’s over. We are Rome. Dance in the fire while it lasts. What else can we do? Our country is doomed. I am sad for that. And I’m heart-broken I dwell in such a filthy pit of hell.