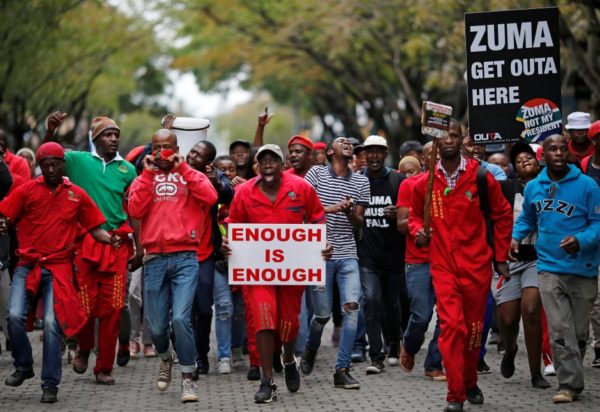 Finally, the mainstream press has moved away from the racism/anti-racism dichotomy to understand, as Michel Houellebecq and Fred Nietzsche did years ago, that the problem of diversity is but one symptom of the great problem of civilization downfall:

Europe is committing suicide. Or at least its leaders have decided to commit suicide. Whether the European people choose to go along with this is, naturally, another matter. When I say that Europe is in the process of killing itself, I do not mean that the burden of European Commission regulation has become overbearing or that the European Convention on Human Rights has not done enough to satisfy the demands of a particular community.

European country can avoid that fate, because we all appear to suffer from the same symptoms and maladies.
As a result, by the end of the lifespans of most people currently alive, Europe will not be Europe and the peoples of Europe will have lost the only place in the world we had to call home.

None of the above will be shocking to Amerika readers, who have realized for some time that our problem is civilization collapse from lack of internal social order, specifically from a lack of aristocratic hierarchy, and that the only solution is to restore Western Civilization by emulating ecosystems in our human designs.

The article goes on to point out that decay has no single source, but it is manifested in two simultaneous issues:

There is no single cause of the present sickness. The culture produced by the tributaries of Judaeo-Christian culture, the ancient Greeks and Romans, and the discoveries of the Enlightenment has not been levelled by nothing. But the final act has come about because of two simultaneous concatenations â€” sets of linked events â€” from which it is now all but impossible to recover.

…Which brings me to the second concatenation. For even the mass movement of millions of people into Europe would not sound such a final note for the continent were it not for the fact that (coincidentally or otherwise) at the same time Europe lost faith in its beliefs, traditions and legitimacy.

He sensibly mentions “guilt for the past,” referring to the toxic brew of guilt for colonialism, the KKK, Hitler, removing travelers from your front lawn, class inequality and having invented more stuff than anyone else that afflicts European-descended peoples like a brain-control virus.

Unfortunately, the author then cucks and declares that European-ness is not genetic (“about race”) but is based in our values. This then becomes a version of the traditional cuck conservative argument for patriotism to our Leftist governments, following the religion of Christianity despite its inability to defend us, and “working hard” to be an equal worker who pays taxes for those social programs that seem very popular until it is time to cough up the money to keep them going.

He has hit on the classic partial truth. This is a modern trope where one detail of a complex situation becomes a symbol for the whole. We have self-help books about how to use carrots to cure your life of all its ills. Surely a well-balanced diet involves carrots, but carrots are not “the” solution. They are part of it.

In the same way, this author substitutes a part of the answer for the whole answer. This means we never reach the whole answer, and it is why his article ultimately fails, despite having hit on some important truths. The whole answer requires us to look at what it means to be European.

If we look at Europeans through their genetics, we see that Europeans are a consistent group, meaning that they have preserved their genetic identity over time. This means that, like every other group on earth, Europeans are defined not by values only but by the intersection of culture, heritage and identity.

Were this author to apply his solution to other groups, we would see if for how ludicrous it is. How could Japan remain Japanese if we shipped a hundred million Russians there? Would Israel remain Jewish if we relocated the population of Syria there? How African would Zimbabwe be if we relocated the population of a full Chinese province to Zimbabwe?

You can compare this process to what happens in fast-food joints. An ethnic food is put into the hands of another group; they adapt it to their needs, adding sugar and salt and different oils, and soon it fits their needs instead of those of the original group. This is fine if you are importing the food to another country, but not in the native land. Something is destroyed.

Denial of this fact leads to hopelessness because most thinking people recognize at a gut level that when the genetics of a population are adulterated, that population vanishes. This is part of the pathology that is causing Europeans to give up and stop reproducing:

European civilisation is dying. It is dying in plain sight and almost nobody is talking about it. No, our civilisation is not succumbing to onslaught from an external foe. But we seem to be suffering from a pernicious anaemia of the spirit that drags us down from inside. There are many symptoms of this decline but the most deadly is that we are losing the will to breed. Birth rates in all 28 EU countries are now below replacement rates and all indigenous populations are in decline.

What greater sign could there be that our civilisation is dying than the fact that the majority of Europeans have insufficient zest in life to replace themselves? Civilisation can struggle on even in difficult circumstances, but it can hardly survive without people.

Without European-descended people, Europe ceases to exist. We can take a bun, put a salty chunk of fatty meat on it, squirt ketchup (originally from India) and mustard (a German creation) onto it, and call it a McEurope, but it will not be Europe. It will be an inferior substitute.

European hopelessness has many sources. On this front, the Left has taken the lead: our lifestyle is killing us. We are miserable in our cubicle jobs, exhausted by social pretense that requires we pretend to like and approve of idiots and idiocy, and worn down by the endless guilt-propaganda in music, video and art.

Even more, we live in wholly unnatural ways. Our food is over-processed, we do not walk enough, our communities are hostile and covered in ugly advertising, and people are generally so neurotic and unstable that we prefer to avoid them. We have become prisoners in our homes, shuttling between work and shops, then retreating for that glorious moment of locking the door and sealing out the world.

If Europeans are not breeding, it is because they are miserable, and this misery arises from hopelessness. None of us believe the system can ever change. If one good candidate gets elected, this person will be destroyed by the entrenched interests that are vested in not changing the system at all. Even if they survive, one candidate cannot single-handedly un-do decades if not centuries of bad decisions.

Worse still, it seems to us that most of our people support the insanity. Hollow-eyed from lack of sleep in our noisy cities, inundated in propaganda, they repeat dogma like zombies. They do this in order to keep the social position they have already learned. For them, to admit the system has failed is to admit personal defeat, and then they will lose out. So they keep going through the motions.

This has created a situation where we have no culture, only ideology. When television is our only shared culture, we have died as nations, and this encourages the hopelessness that has us not breeding and acting in self-destructive ways:

But the TV industryâ€™s nostalgia quest is â€œbigger than it was even 10 years ago,â€ says Rob Sharenow, executive vice president and general manager of A&E and Lifetime. â€œWe live in a fractured culture where there are very few moments of unity and focus. These anniversaries give us a way to compare shared experience and remember.â€

The obvious and yet ignored subtext is that a nation of diverse ethnicities and values shares nothing but experiences, not understanding of experiences, so to maintain the appearance of unity we must revisit those shared experiences, but we will still be isolated in our understanding and perception.

Diversity doesn’t work but entertainment media will work hard to use that fact to get ratings for programming that creates the false illusion that we can all get along. We are sheep, controlled by the dumb things we voted for long ago, ushered down a path to doom by oblivious leaders, and with nothing in common that could adulterate our hopelessness.

It is not surprising that, in this situation, any population would cease to breed and start wishing for the end. We have been living without hope for too long, and see no way out.