Helen Thomas and the case for Israel 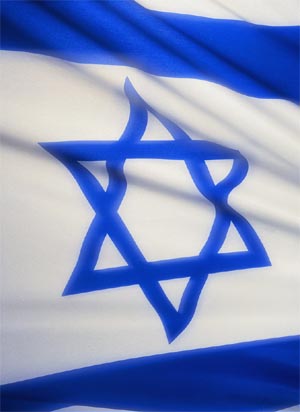 In many ways, the world is still fighting World War I, over and over again. That was after all the war where we decided to defend the idea of the nation-state, which is a country united by politics and not ethnicity, against the tensions such artificial groupings created.

Helen Thomas said what most of the Left is currently thinking: Israel is being a brute to the poor innocent Palestinians, so we should dissolve Israel.

Like most leftist rhetoric, that idea focuses too much on the immediate and misses the big picture. Yes, some are suffering; however, in the long term, the concept of Israel (and the necessary deportation of the Palestinians to their ethnic homelands in Jordan, Egypt and Syria) will avoid greater suffering. It is the most logical move.

Nesenoff: Any comments on Israel? We’re asking everybody today–

Thomas: Tell them to get the hell out of Palestine.

Thomas (cackling): Remember, these people are occupied, and it’s their land, not German and not Polish.

Thomas: They should go home.

Nesenoff: So you’re saying the Jews should go back to Poland and Germany?

Thomas: And America, and everywhere else. – WSJ

Her comments touch on something uneasy in our modern society: we here in America assume that us normal whitebread types are the majority everywhere, mainly because we’re solipsistic thanks to our individualism and consumerist outlook. Therefore, we cannot imagine what it would be like to be part of an ethnic group that wants to preserve itself. After all, we are the world… or so we think, even though whitebread Caucasians are a minority worldwide.

In fact, in the West we get nervous about identifying Jews as anything but members of a religion. After all, the last group that started talking about Jews as a race did something really horrible involving mass executions and labor camps. We don’t want a Holocaust II, do we?

Here’s the catch: Jews are an old-school population. By that I mean pre-1789, when we chucked out the aristocracy and the idea of a nation being one group, one culture, one religion and one ethnicity (like “French” or “German”). Science shows us that Jews are not only a religion, but an ethnic group, and a distinctive culture:

Atzmon and his colleagues studied the DNA of 237 Jews from New York, Seattle, Athens and Rome, representing Ashkenazi, Turkish, Greek, Italian, Syrian, Iranian and Iraqi groups. They searched for genetic similarities among these populations, and compared them with the DNA of 418 non-Jews.

The study compared 2 million distinct DNA markers known as SNPs spread across the entire genome. That’s four times the number of markers used in previous studies. “We are the first to analyse genome-wide differences,” says Atzmon.

Atzmon’s team found that the SNP markers in genetic segments of 3 million DNA letters or longer were 10 times more likely to be identical among Jews than non-Jews. – NewScientist

Jews are a race. That’s the ancient use of the word race, meaning distinct ethnic group, which we today supplant with the term “ethny” or “ethnicity” to distinguish a specific ethnic group from the root races that form its constituent components, e.g. Euripid, Mongoloid, Australid and Negroid.

In addition to being an ethny, Jews are a culture, or rather, Jewishness is. This includes Judaism, the religion blood-bound to this culture and its ethny. Jews are unique, Jewish culture is unique, and Judaism is unique, and we cannot separate any one part of the equation from that ethnic group.

We need a place for these people where they will be safe. In Germany and in Poland, they experienced pogroms and discrimination leading up to The Holocaust. It’s an illusion to think that in Poland, as in Russia and other territories conquered by the Nazis, that the local population did not rise up and help murder its Jews, often before the Germans got there.

Jews were resented for (a) not being part of the majority population (b) being successful and (c) being associated with the ruling liberal parties, most often communist ones. It’s an illusion to think that any government could carry out a holocaust without having the complicity of some large part of the local population in identifying, isolating and executing Jews.

This was what Theodor Herzl observed exactly a century ago:

In 1894, Captain Alfred Dreyfus, a Jewish officer in the French army, was unjustly accused of treason, mainly because of the prevailing anti-Semitic atmosphere. Herzl witnessed mobs shouting â€œDeath to the Jewsâ€ in France, the home of the French Revolution, and resolved that there was only one solution: the mass immigration of Jews to a land that they could call their own. Thus, the Dreyfus Case became one of the determinants in the genesis of Political Zionism.

Herzl’s point is this: the cause of anti-Semitism is Jews being a minority in foreign lands, where they are resented for being different, and for being successful or nepotistic, and that the only way to end this is to create a majority-Jewish nation.

If we look through Herzl’s lens at history, we’ll see that majority-minority relations are always bad, and that history offers us no examples of “diverse” nations lasting very long or being stable — they always collapse to third-world status through internal fighting, specifically about the different class statuses of majority and minority. One group will rise above the other, and the result is endless recrimination, guilt, violence and hatred:

Coulter puts it mildly. Diversity is a cancer. The problem isn’t blacks, or whites, or Jews, or gentiles. It’s diversity. It’s a stupid idea to group different things together and force them, through benevolent moral authoritarian states, to “just all get along.” They cannot all get along. To do so would require they compromise the cultures, values and heritages that make them unique.

Modern liberals are caught in the illusion that “us all getting along” is the highest good. That way, the lion lies down with the lamb and so on. But the cost of that getting along is that we lose who we are. We lose culture. We lose religion. We lose heritage. And what’s left? A Nanny State government, shopping malls and lots of TV, of course!

You can’t blame Jews for wanting to avoid that fate. If the gentiles are so cow-stupid that they elect to destroy their own culture through an ethic of convenience, well, it’s not Jews’ problem or fault. But if one is a Jew who likes one’s heritage and culture, it’s important not to follow that example.

Jews aren’t the only ones. In relatively ethnically homogenous Finland, it’s shocking to us cultureless gray racers to find out that diversity doesn’t work — in fact, you get higher performance without diversity:

In 2006, Finland’s pupils scored the highest average results in science and reading in the whole of the developed world. In the OECD’s exams for 15 year-olds, known as PISA, they also came second in maths, beaten only by teenagers in South Korea.

(We can’t mention it in the article, of course, because someone might be offended, but the hidden factor here is not that Finland does what other European nations do, plus focuses a bit more on the talented. It’s that unlike other European nations, Finland has kept diversity at arm’s length and refuses to dumb its schools down to the lowest common denominator so that no one is offended. Jewish schools in the USA follow the same example, with similarly excellent results.)

Helen Thomas has just become a victim of this liberal dogma. In it, the idea of a nation like Israel is anathema, but we replace it with this gray race homeland like America where everyone shows up, no one keeps their culture, and the result is a dumbing-down to the lowest common denominator.

However, this liberal view is a vestige of the past. 1789-1945 represents one continuous strip of bad luck through Western history because we kept trying to force a round peg (organic culture, heritage, ethnicity) into a square hole (laws, the nation-state, the Nanny State) and were shocked, shocked I tell you, to find out it didn’t work.

The new view is the old view: we’re going back to the nation, not the nation-state, in order to preserve the parts of life that are organic, not artificial like the Nanny State, Big Media, corporate values and a shopping mall culture of convenience. Until more of us recognize that, we’re going to see more tragedies and acrimony like this.

In veneration of the artisans | Living for the weekend