In veneration of the artisans

Artisans are the creators of civilization, they are the driving force for the sustaining of culture and shaping the civil environment and community from a reflective expression of artistry.

Artisans are not elites in whole but are elites in particular specializations. If there is any job you need, the artisans are those who know what they’re doing – they can build, craft, create and destroy with precision and accuracy. In trying to rework some aspects of caste systems and how we can build the next era of civilizations we must call upon those who have theÂ natural abilityÂ required to do so. 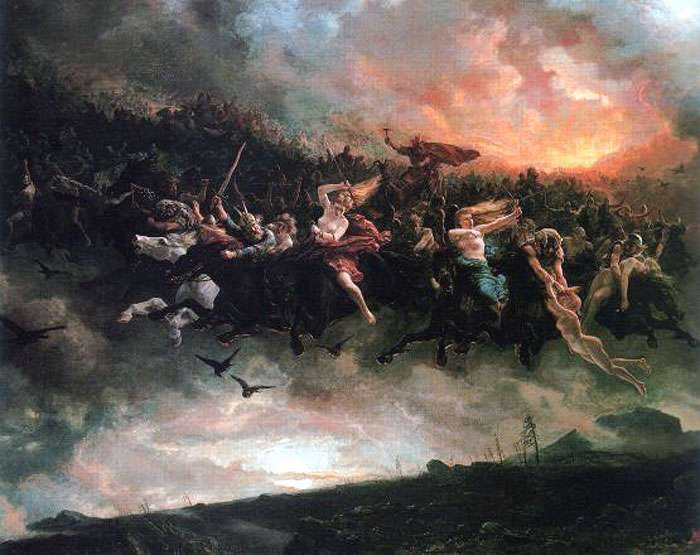 The artisanÂ individuals represent a selfless individual soul, theyÂ tend not toÂ mob andÂ waveÂ pieces of cardÂ forÂ ‘freedom’ like many of the prolesÂ fearing their own incompetence, but willÂ create it and elevate themselves through that achievement.

If there is something that they themselves do not understand, they will not take this as a threat to their ego, like the prolesÂ do – that then attempt to fix something and completely fuck it upÂ -Â instead,Â artisans have a respectableÂ intelligence and prefer not toÂ makeÂ a messÂ out of theÂ situation,Â theyÂ are sensible and sociable enough toÂ call on those who know how to help on those specifics, meaning other artisans and elites.

This inflow/ outflow of craft serves as a civil socialization, by the work of artisans, the very essence of civilization is maintained – for without them, any and every idea is quickly lost and forgotten. Civilization isÂ destined forÂ overcoming, a beyond going of natural, environmentally restricted evolution, into the unknown, the great and mysteriousÂ appearances of natureÂ and for this the artisan’s craftwork is the very meaning of creation.

It takes the artisan with the mind to focus and get the details in both respect to the community and themselves morally, traditionally and beautifully complete, to create the island of civilization from which the consciousness dreams the future. From purpose to form, the dreams are laid down, desires are to be heard and the unknowing future becomes known in the present, we taste the timestone and sense it in a way beyondÂ the socialÂ animals.

By forging soulful work into the desolate rock, crafting the temple with decoration and externalization, increasing the mysteriousness, the deceptive confusion and obfuscation of what our species faces through our daily lives, through our lives.

The art is not so muchÂ for creating trends, nor popular ‘culture’ – for these things orientate toward proles and mindless, senseless lifestyles with a poorly selfish motive, pretentious and cheap, the darker side of creation – that steals the soul of those subject to them as opposed to elevating them, the devolved pop-artisans against the strength of true artisans.

True artisans are those who create masterpieces, they create themselves beyond the individual, into the daily lives of fellow citizens – not by consumer produce, but by creating the gifts that help us maintain organization, maintain good life and keep everything perfected as is idealized. They share the art, they share their emotions and their truths that then form the strength of the community to fulfill themselves individually.

The work of an artisan is not from a massÂ producive machine. The artisanÂ has to centerÂ themselves into the craft, they create more from less, they evolve the inanimate facelessness of emotionless rock, making the local environment sacred and divine,Â toÂ become one with their creations and through this – immortality is granted them. What is left of ‘dead’ civilizations? The earth, the soil and stone, nothing but ruins – and nothing is more picturesque of a ruinous ancient civilization then their architecture and their artifacts – the past is alive through art.

Meister Eckhart taught us that art is life in imitation “Be you Creative as God is Creative”. In his understanding, the Father generates the Son, this means that God creates from himself a progeny. Like all things in life there is a cycle from birth to death followed by a History of generations. When the Father is not there, when His time has come, when restÂ has its need,Â the Son will carry on in His name. This is a cosmic traditionalism beyond all others, emphasizing supersocialization (a post-mechanosphereÂ socialization).

The supersocialization exists after artificial (Created) biological intelligence has originated. The Son is what is created from the unity that is God, through unity we may create from our universe a localized unity, self evolutionary and independent from the Creator. FromÂ the cosmos of origin, into a young cosmos; either heretical and espousing an extradimensionalÂ chaos or a reverent secession of life, like Father like Son, all created through ourÂ own perspectives. Thus we create Art as God creates the Son.

Art explains to us whatÂ may appear soon, it is GodÂ and life in imitation, and it too will create from itself as through the artisans, God is created, is manifested – nature creates more from less – through civilization, it is the collectivity through theÂ individuality of an exceptional race of creatures.

“he does nothing other than generate his Son, and both of them flourished in the Holy Spirit.” It is the subjectification, the internalization that the evolutionary cycle operates under, the evolution of a subjective lens over external reality that creates an eye for an eye, a tooth for a tool, forÂ a skilled eye to create an eye into the skies, into the future, a stairway into the heavenly cosmos, through the veneration of idealism into matter. From an ideal, to a revolutionary reality.

The subjective individuality is the very gem and wealth of the biosphere, and God has this in store for those who wish to evolve beyond themselves, to transcend beyond the id species and create gold, to alchemise the future from the ruins of the past – thus life everlasting.

The subjectivity of creation is introspective and searches within, it is only when the tree ‘considers’ itself does it take its fill of air, just taking as much as it can without hesitation, through this a near infinite variety of trees all contribute beyond themselves individually into the collective thatÂ they sustain the oxygenated atmosphere capable of supporting fauna world wide. In parallel it is only through individual perception that we have artisans who all do their piece without hesitation, they enjoy life more than those who do not appreciate life’s wonders. Through this personalised view, whether sensual or factual, dionysian or epicurean; it contributes to the furtherance of evolution beyond itself genetically, it creates a further dimension to manifest Creation.

The richness ofÂ life is that it creates personalized views and differing planes of observation, multiply entwinedÂ double vined, it takes the same environment and represents it an infinite times over, through us the universe takes pride in its magnificence.

In the Son we mean, manifest creation, artificial life, we mean all that is created through the masculine overcoming of natural limitations. The name Father is that of a creator, through art life is created,Â without art, lifeÂ is onlyÂ evolved and is subsequently, less internalized and soulless in how it senses the universe. For a soul is rewarded to the artisans and beyond, for they are the ones who create beyond themselves – through themselves.

“When the Father generatesÂ his Son in me, I am that very same Son and no one else.”

White trash | Helen Thomas and the case for Israel