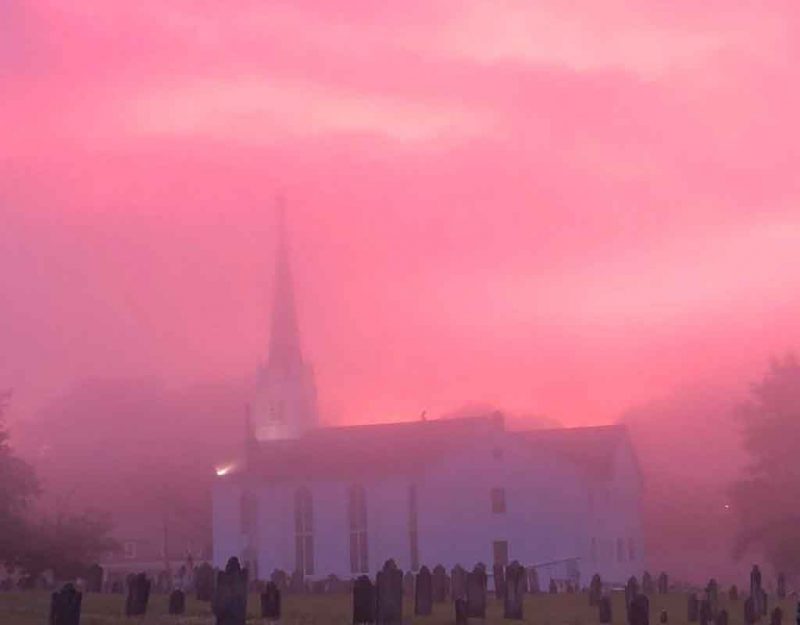 Western Civilization encountered multiple crises at once. This typically happens when one “levels up,” or succeeds on one plateau and then moves to the next, where a series of entirely new challenges await.

In contrast to linearity, developments in life occur in staggered stages, with some new developments opening up new fields, causing a plateau as those are fully explored. This happens because each new introduction changes the system in which it exists, and those changes take time to manifest.

When we refer to history as cyclic, that implies the order described where there are cycles and within them smaller cycles, called epicycles. Invent a lightbulb, and the markets will go through cycles shuttling between good and bad products, but the technology will move from experiment to maturity through a series of plateaus.

Consider the early lightbulb. At first something rare, it gradually became more accepted, and then new variants appeared based on the idea of generating light through electrical resistance. Eventually it developed to the point where lightbulbs were plentiful, inexpensive, and everywhere.

When the lightbulb was mastered, society moved on to new things. Bulbs gave way to LEDs, and vacuum tubes turned into transistors. Those brought a new series of challenges, taking decades to become adapted to the level that lightbulbs had been previously.

In the same way, Western Civilization beat the basic challenge of human existence. It eliminated the easy diseases through hygiene, reduced hunger with organized farming, ameliorated social chaos with institutions and principles, and replaced warlords with aristocrats.

Once that was done, the invisible order that pervades all life recognized this stability and challenged it, much as it does with natural selection and chaotic weather. It seeks to avoid states of extreme stability because those increase entropy; “nature abhors a vacuum” applies to repetition as well as physical absence.

If conflict is eliminated, patterns start to repeat and the cycles collapse into linearity. Humans, on the other hand, think (but are incorrect) that they desire stability and safety instead of a condition of constant change.

Our traditional societies addressed this by incorporating instability — dueling, small wars, ostracism, a drive toward aesthetics — into their order. In other words, organization can only function when it includes chaos in its structure, because otherwise it dies of stability instead of instability.

Having achieved stability, Western Civilization needed to change, but it had expanded to the point where inertia became large, and at the same time, faced external problems. Mongol/Avar invasions, Muslim attacks, the Black Plague, and contact with foreign nations all introduced instability.

Unfortunately, this instability occurred at the level of cycle and not epicycle, a move which precipitated decline. Permanent civilization suffers from a slowness that makes it respond sluggishly to real threats while doting on symbolic and irrelevant ones.

Internal challenges also arose. With new knowledge, old wisdom can decline, and this happened in both realistic/accurate and pretentious/social ways. We threw out a lot of good ideas, but others seemed to waver because of their inconsistency with our new learning, among them the notion of God.

Our new knowledge challenged the old. One finds it difficult to believe in an anthropomorphic God in the sky when science has discovered the solar system, microbes, and natural selection. With what we know of how the world works, it makes no sense to believe in a God who intervenes here like a human leader, burning bushes, or writing on the wall. These things are inconsistent with what we know of the structure of our world, which is that whatever “lies beyond” — as in a heaven, afterlife, or residency of the gods — does not intervene in this world, nor does it formulate itself in magic phrases, secret rituals, and special objects. This world is ours, and the gods are guidance toward perhaps a way of thinking and possibly an existence beyond this one, but not some sort of chaperone. We are alone and create our own fate, and at this point in history, we need to believe that in order to do it and avoid destroying ourselves through superstition. Perhaps talismans, rain dances, and sacrifices worked for humans when they had little understanding of or ability to limit the forces that raged around them, like weather, earthquakes, disease, and drought, but for technological man, we need a technological view of God/gods.

Most of us, at least among the Western Europeans, come with a reverence for nature, order, beauty, goodness, realism (“truth”), and some form of divine belief. This is wired into who we are because of how we think, and upon a little analysis, it makes the most sense.

This universe, no matter its downsides, seems organized to make things amazing. It wants to create more mind-blowing intensity, epic aesthetics, meaningful conflicts, and quest-defining struggle. It likes the thought of constant activity forever refining itself toward a greater degree of order and thus beauty. It wants to inspire awe, even if not consciously.

No matter how much we recognize this, few of us can trust anthropomorphic gods. We no longer see the Earth as the center of the solar system, and we no longer see humanity as the center of life. We are one option, struggling for adaptation and survival, and if there is anything divine in us, it is not a property of us, but of intelligence itself: consciousness, awareness, moral and logical choice, and the ability to discern the transcendent, and through it, the divine.

I talk often about the transcendent-to-divine pipeline, but here it is in a nutshell: once you see the world as a supreme form of logic, existing in chaos and a struggle between good and evil so that it avoids the “dead cycles” of repetition, then you see that whatever animates it has a sense of purpose, albeit a blind one. Schopenhauer calls it the formless Will expanding in all directions, and he is fundamentally correct, except that in my view, it is a formless Will which measures its results in parallel and keeps the best. It constantly refines itself as it maintains internal conflict through epicycles. Once you understand the wisdom of this formless Will, you start to see an intensely order-driven and order-creating force behind it, something that can only be described as infinitely benevolent in its quest to make existence amazing. When you stop, break out of the everyday life of reacting to events that we might call “Maya lite,” and look at how this world comes together as an order, you start to see a beauty exuding through every iota of it, and that makes you place your faith in it, and then you can start to conceptualize God.

We do not trust the anthropomorphic God because he appears to us as a primitive superstition dressed up in symbolism, more than how our writings intended to reveal Him, which was through a descriptive metaphor that explains the infinite to finite minds. By definition, we cannot understand the divine; it will slip between our categories, overwhelm our senses, and force our little Dunning-Kruger minds into shutdown mode. Modern people see the literal God and the fundamentalist reading of texts as primitive; we appreciate these texts as metaphors written by humans to describe something which humans cannot understand fully, using the best knowledge of those who understand more than the rest. They are like paintings, capturing how a scene looked at one time on one day to one observer. They are not designed to be literal in the ways of science, only little clues to help unlock our consciousness from the everyday and awaken us to the possibilities of transcendence and later, the metaphysical.

If God exists, he works like gravity or electricity, perhaps even like music or logic. He is not a personality like us, but a force, and this God-force always pushes toward greater refinement. He is not a choosing, thinking, aware, and alert thing, but a blind force shaping order so that everything improves, including consciousness itself. He is a self-bootstrapping force, such that if you fling a drop of it into nothingness, it will convert that nothingness into an infinite universe infinitely refining itself, discovering itself, and creating new dimensions to itself. God is infinite, and God makes good in all things, working through methods which make no sense to us because we think in linear methods based in our perspective as furry little animals.

Consider that the universe is patterned in order to produce life everywhere:

Carell, an organic chemist, and his collaborators have now demonstrated a chemical pathway that — in principle — could have made A, U, C and G (adenine, uracil, cytosine and guanine, respectively) from basic ingredients such as water and nitrogen under conditions that would have been plausible on the early Earth. The reactions produce so much of these nucleobases that, millennium after millennium, they could have accumulated in thick crusts, Carell says. His team describes the results in Science on 3 October1.

The results add credence to the ‘RNA world’ hypothesis, says Carell, who is at the Ludwig Maximilian University of Munich in Germany. This idea suggests that life arose from self-replicating, RNA-based genes — and that only later did organisms develop the ability to store genetic information in the molecule’s close relative, DNA. The chemistry is also a “strong indication” that the appearance of RNA-based life was not an exceedingly lucky event, but one that is likely to happen on many other planets, he adds.

The universe may not have a conscious designer, but it has some God-force pushing it to design itself. This represents the ultimate in goodness — a choice of not just something over nothingness, but something which incorporates that nothingness as a force for making everything better — and a design so logical and complex that it will baffle our furry little brains.

We see the world from the perspective of creatures within it, and our thought-patterns reflect our needs, not how the world is made. It uses some kind of order unlike our linear alphabets and numbers but where complexity is built in, as if every part were some complex and changing equation instead of a number or symbol.

When we see it this way, God-force makes more sense than mistaking the metaphorical God for a literal figure and then finding ourselves straying from that because it clashes with our scientific, historical, psychological, and philosophical knowledge.