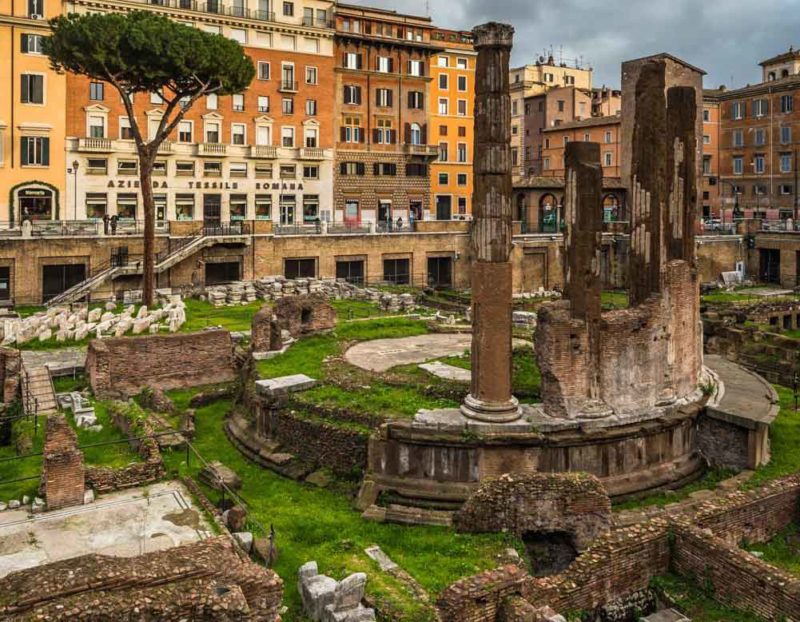 Europe is a rotten place. Not in the sense of bad, but rotted. It removed its natural leaders and replaced them with full-on mob rule, and now consists of little socialist republics who try to out-do each other in social status signaling. Its people are miserable and usually drunk.

Instead of confronting the reality of its decline, Europe has been content for centuries to pursue one ideology after another, hoping for what is essentially a distraction from the inevitable end. This led it into three fanatical and fratricidal wars, endless bureaucracy, and now, a neutered and impotent society that drives its best people mad.

Instead of heeding the warning from antiquity which told us that a focus on human individuals and not purpose and social order would lead to tyranny, despite not appearing that way, Europe right now is every bit as calcified, inept, and unstable as the former Soviet Union.

This illness spread to America in the postwar order. We fought three wars for democracy — the Napoleonic Wars, WW1, and WW2 — after which point we asserted the permanent dominance of Leftism, and then had to fight out whether we wanted full Communism or just “social democracy,” or liberal democracy plus social benefits plus consumerism to tax in order to fund the entitlements state.

At this point, the West is cruising on the reputation, wealth, and inventions of its past. While it is still better to live here than in the third world, the gap is narrowing as the decline becomes more obvious, and we pay an awful lot more for our third world than simply being in the third world would require.

Even more, it is clear that Western Europeans worldwide have entered into decline because we are neurotic, existentially miserable, adrift, isolated, and indecisive. We hate ourselves not out of race guilt, although we use that as a means of hating ourselves, but because we have no sense of direction, purpose, or inherent value to ourselves. We detest the modern society we have built for ourselves like a prison and our lifestyle of working too much in order to fund a benefits state.

Our obsession with working long hours suggests that we are avoiding life itself by staying occupied:

The average American worker in 1987 was working about 1,949 hours annually, while an adult male peasant in 13th-century U.K. racked up approximately 1620 yearly.

…While each group had its own estimated methodology, hereâ€™s the amount of working hours various groups listed in the research had, from least to most:

After all, most of that work is pro forma activity that consists of hanging around an office or factory, attending meetings, going to training, and engaging in other soul-killing activities that affirm the worthlessness of life. These are followed by hours of commuting, filling out paperwork, shopping to replace defective gadgets, and socializing over trivial topics since no one can agree on big topics like politics (our direction), religion, and culture.

Work, like ugly cities and blocky architecture, seems to be part of a bundle of what we might call traits of modernity. Ugly cities, corruption, criminality, vandalism, time-wasting, lowest common denominator products, mass “culture,” make-work, and broken families are all part of what we might see as a control structure inherent to egalitarian societies.

When a civilization switches to egalitarianism, it begins being slowly torn apart by disunity, but because its ideal is equality, cannot overcome that disunity because it will always insist on as many directions as there are people. The West has been in the grips of this decline for some time.

Much as the French Revolutionaries found out, egalitarianism produces an unstable society and in order to have unity, they need to embark on military activities to eliminate groups which are not egalitarian. This alone enrages the crowd enough to act.

Instead of embarking on another war, we united our societies through globalism, or the idea that we should abolish borders and national differences as much as possible in the interest of better trade. This effected a wealth transfer from first world to third, and prompted a rush of immigration to the first.

Following Brexit in the UK, Donald Trump was elected in the US by a rising surge of cultural resistance to the Regime that we now saw had taken over during the 1960s. Just as in the French Revolution, Leftism in our time had created a feedback loop that intensified an ideological mania and rushed us toward a Soviet-style endgame.

Cultural attitudes found that our societies had changed too much and too fast, and that we wanted to be ourselves again, instead of a hotel for the world where everyone comes to stay but no one works toward the future and health of our societies. Trump, Brexit, and a European shift to the hard Right followed.

Now we see the breakup of the globalist order as America goes her own way:

The West as we once knew it no longer exists. Our relationship to the United States cannot currently be called a friendship and can hardly be referred to as a partnership. President Trump has adopted a tone that ignores 70 years of trust. He wants punitive tariffs and demands obedience. It is no longer a question as to whether Germany and Europe will take part in foreign military interventions in Afghanistan or Iraq. It is now about whether trans-Atlantic cooperation on economic, foreign and security policy even exists anymore. The answer: No. It is impossible to overstate what Trump has dismantled in the last 16 months. Europe has lost its protective power. It has lost its guarantor of joint values. And it has lost the global political influence that it was only able to exert because the U.S. stood by its side.

The West still exists; the globalism which obliterated it is gone. The US no longer feels that it needs an international consensus to act, and it has divorced itself from European politics, which are looking shaky as the EU threatens to disintegrate.

Trump made the point in his election speeches that Europe should pay for its own defense. He has now enforced this by splitting away from groupthink with the European nations and focusing instead on sound foreign policy that beats back threats instead of buying them off.

This ends the free defense that allowed Europe to go socialist and has restored the principle of financial accountability to those nations:

Let’s not forget that since the USA became a significant player, the principal aim of European leaders has been to embroil the USA in Europe’s wars, have the USA fix the messes caused by European leaders, but have the USA take instructions from Europe’s leaders. Even Churchill, whom I admire immensely, was not immune; he desperately wanted the mighty US in WWII, but wanted to dictate the how and the where of the application of US power. We, of course, previously saw the same thing in WWI. In that conflict 100 years ago, the geniuses in the European high commands needed US troops to halt a resurgent Germany after the exit of Russia from the war, but did not want an independent US force. Vietnam and Libya were also two messes in which we became involved to bail out Europe. Pershing successful resisted them. Let us also not forget that the long years of the Cold War involved the US footing the bulk of the bill for defense, allowing Europe to maintain Legoland militaries and spend their own wealth building cradle-to-grave social welfare systems, which, of course, relied on the despised US military for protection.

Even more, America’s withdrawal — like Brexit — means that the notion of “we all agree” is falling apart. The Left loves groupthink as a way to maintain an echo chamber and defections hurt them hard. It means that someone is succeeding without the magic formula of egalitarianism. That means that those who pursue equality are chasing an unnecessary goal, and this is usually a sign of being a loser in the game of life.

Europe had a nice tidy deal going with the European Union. They got all the power, and were able to utilize the fears of their electorate who, terrified of another world war, ran straight into the arms of those who caused both of them. WW1 was “the war to end all wars” by democratizing Europe, and now “we the people” rush headlong into the embrace of more democratization, seemingly oblivious to the fact that the people are making terrible, stupid, illogical, and emotional decisions.

The word “we” gave the EU and Leftists in the US great power. They implied a consensus, or the whole group agreeing that something was true or important, to browbeat dissent until it left the room. Then they ran amok with their grand plan of remaking civilization into an egalitarian Utopia, which not surprisingly — giving the history of planned communities and socialist states — quickly began to fail.

We are now witnessing a failure as epic as the collapse of the Soviet Union. After finally gaining total control in the postwar period, world Leftism has shown us its teeth and we have glimpsed the Soviet within. Even more, we are seeing that democracy, civil rights, diversity, and other Leftist programs are merely means toward that end, where little wimp-nerds like Angela Merkel and Barack Obama will rule us forevermore.

By pulling out of the Iran deal, Trump has rejected the international order and its tidy “we” in favor of raw competition: in his scheme, those who can figure out a better way deserve to pursue it and reap the rewards, even if everyone else is revealed as a loser by their actions.

German Chancellor Angela Merkel is criticizing President Trumpâ€™s decision to pull the U.S. out of the Iran nuclear deal, saying it â€œundermines trust in the international order.â€

…On Thursday, Merkel said Europe can no longer count on the U.S. to protect it.

â€œIt is no longer such that the United States simply protects us, but Europe must take its destiny in its own hands. That’s the task of the future,” she said.

It boggles the mind that she finds this burdensome. Of course Europe “must take its destiny in its own hands.” Everyone must do that. Every nation must, as well. What she is dogwhistling is that Europe has been betrayed by those who have opted out of the suicidal groupthink, and that in turn has made the little commissars of the EU very mad. They are mad because they are frightened, and they are frightened because they sense that normal moderate people are defecting from the echo chamber.

While it seemed to be succeeding, people went along with the Leftist agenda. They presumed these ideas were “new,” even though they were at least 2400 years old, having been last tried in ancient Athens. They assumed that Leftism led to wealth and power. Instead they have found that all of the Leftist ideas failed, democracy has become an idiocy amplification machine, our leaders are criminal gangsters and savage nebbish bureaucrats, and our civilization is screaming into the abyss while the television bathes us in warm words.

We want out. This is a new “we,” one that consists of people who realize that there cannot be a universal, global “we.” Instead it seems that our best future lies in having independent nations where some rise above others, and then the rest of us can emulate them if we wish. Diversity and globalism have collapsed in shambles. The new order looks a lot like Europe before Leftism, and this means that Leftists have become desperate and defensive as they see their grand plans dissolve before their eyes.

If Everything Is Going So Well, Why Are Europeans Drinking Themselves To Death? | Is it Possible to Know Goodness without European History?