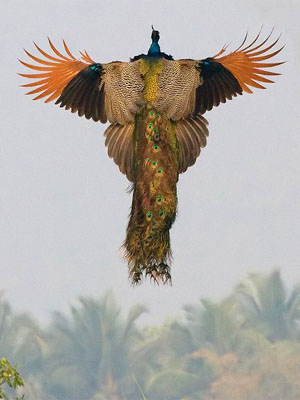 Underneath the issues that we recognize on television are broad ideas that are more familiar to philosophers than politicians.

Democracy does not trust the average person with these concepts, and instead encourages him to fight over them in disguise. The issues we think are fundamental are the disguises; the underlying truth are these abstractions that determine, based on whether we think they’re true, much of our approach to government, society and morality.

A striking example is the nature/nurture debate. It is universally framed in the context of the individual: how much is any one individual’s character a result of his or her genetics. Nature determines genetics, and nurture is upbringing and environment which does the rest.

Even those who vehemently deny nature have to admit that there is some measure of innate character passed between generations. We have each seen too many examples to deny them wholly. We can bicker over the exact ratio of nature::nurture, but we all know that at least some of the process is nature.

We can shine more light on this dynamic however if we abandon the individual and instead look at the process over generations.

When humans started living and working together in tribes and communities, certain innate attributes were unnecessary or counter-productive. Slowly but surely the people with those attributes were shunned, exiled, impoverished or otherwise encouraged not to reproduce as much. This is natural selection in action.

But imagine that a wise man from a tribe gets the idea that the tribe can save time if he puts its values into writing. He makes a list of what attributes the tribe values, or he writes laws, or he writes stories that essentially teach those values. We might call this culture.

Successive generations refer to these writings and now they know who to exile and who to reward. They are able to quickly separate the deviant from the stalwarts thanks to this “inter-generational nurturing” manifested in the writings of the wise man.

The contradiction within modern thinking is the idea that an individual’s nature can be completely and utterly molded or changed thanks to “nurture” alone, and yet that generational nurturing and the wisdom of the past are too rigid. This is a failure to understand that the real fruits of nurturing are manifested over many generations, not in any one lifetime.

We can produce a better future society the slow way or the smart way.

The slow way is to deny that there is any such thing as an innate nature, thus we should not shun ne’er-do-wells or deviants, thus natural selection becomes a crap-shoot.

The smart way is to pay attention to the great stories and great works of art that have stood the test of time. To create the future, we must trust the wisdom of the past and reward the people that most resemble the heroes, leaders, and wise men over Western Civilization’s rich history.