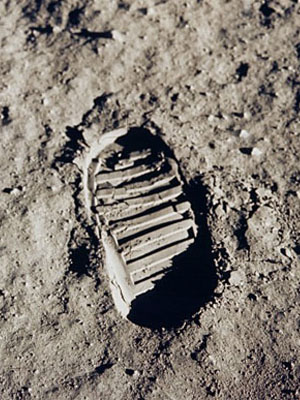 As part of an ongoing attempt to find the germinal core of conservatism, the article “Consequentialism” explored this philosophy: that the results of an idea in reality are more important than our moral, social and personal assessments of it.

The old cliche “Judge, he needed killin'” comes into play here. Conservatives measure our moral values by their results; however, if we encounter bad results, it’s our job to fix those and to measure our fix in terms of its results in turn.

For example, if a pedophile is randomly wandering around my neighborhood, a conservative will seek to have this person removed. A liberal will talk about basic equality and how the pedophile does not “mean to” rape children and ruin their lives with brutal psychological scarring.

Unlike liberals, conservatives are less sensitive to method. To us, that the prison has comfy showers where the pedophile does not get raped are not important; nor really is it whether we jail the guy, execute him or exile him. The point is to remove the bad cause (pedophile) before bad effects (child rape).

In other words, by measuring consequences, the results are worse if the pedophile continues to live among us than if he does not. Further, he’s not a giver in our society; he’s a taker, a parasite and a predator.

People, if we measure them by the opinions of a group, which tend to not reflect what individuals think and especially not what the thoughtful ones think, disapprove of consequentialism.

They would prefer to measure the worth of their actions by feelings and rigid right-angle justifications like “rights” that permit no one else to interrupt them.

They would also prefer to measure who fits into a society by the lowest standard possible, which is the wholly subjective “intent” of that person, as they tell it to us, because this standard that means just about anything is permissible.

Like most intelligent animals, most people are oblivious to much outside of their own self which they see as formed of their feelings, intentions, judgments and desires. As a result, it never occurs to them that the enforced feeling-ism and tolerance of anti-consequentialism might backfire.

For example, if you have the freedom to do just about anything, so do the pedophiles. And we know from history that for every good person made, there’s at least a chance that somewhere a bad one is being born as well. Nature tries all combinations and throws out the ones that fail only later.

But as said above, most people live through sentiment. This is easier because it starts and ends inside the brain. Their sentiment tells them that what they need is liberation from consequences, and that with the ensuing tolerance, a state called “peace” will reign, even though such a state would mean a cessation of all change and striving for excellence. Their sentiment is based in fear of change, and not a desire to surpass what they know.

Consequentialism will never be popular, for this reason. With one exception: it will always be popular among those who feel the weight of leadership. If your job is to make sure people make it through the night, you no longer care about their feelings, only results.

The essence of conservatism is found in that thought, which unlike sentiment is a logical one. Consequences matter more than our feelings, theories, moral judgments and social trends. What matters is what result we pass on to the next generation. Even if they don’t understand why.