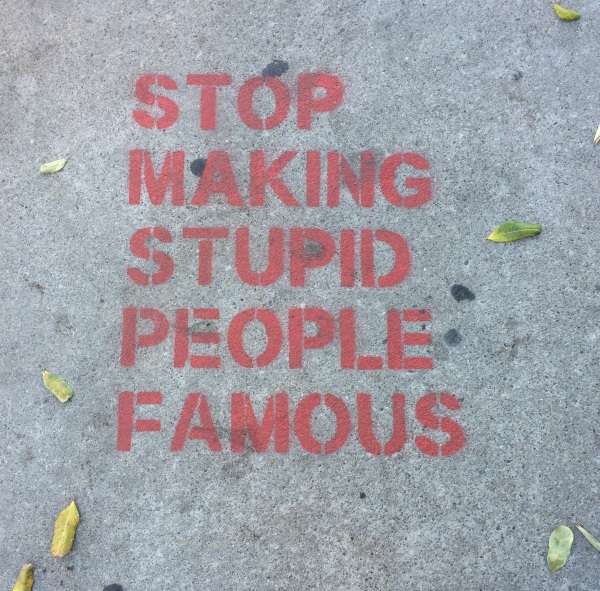 Officially, GamerGate is over. The debate about it has only begun, mostly because it was never understood.

GamerGate combines several hot-button issues. The first is the corruption of our media, which is why they are eager to declare it over and dead. The second is the intrusion of “social justice warrior” (SJW) politics into the field of gaming and beyond. The third is political correctness and whether we have any right to escape it ever.

These three issues converge on a single fact: the liberal modus operandi can be described as passive aggression. They find a healthy host, infect it with commentators, and then attack it when it refuses to accept those commentators as its original voice and purpose.

Likely this description seems familiar to you, because it’s also how liberals infect a civilization… or how Ebola sneaks into your cells. Sidle up to that innocent party, start dressing like it and acting like it, then claim a right to its food supply and start reproducing yourself inside of it. Liberals are not a legitimate political movement; they are parasites, a job program for other liberals and, like Ebola, they generally kill their hosts.

GamerGate began in the 1990s when gaming became A Thing. I cannot claim to be a gamer and I dislike impersonation, but I think most of us remember around 1998 or so when gaming went from the fringe to being a big industry, and thus all the grey heads in suits noticed because money is their only god. When some new field becomes A Thing, all the other people who want money show up as well. Quite a few of these are journalists.

Looking back at the timeline, GamerGate really began as a scandal within journalism itself. Someone noticed a strange correlation between a female writer’s career and her choice of sexual partners; this story is nothing new, but since it was attacking a journalist, it provoked ire. Ire of this sort generally happens when there is something to the accusation, namely that it is closer to business-as-usual than people would like to think. What they also do not want you thinking about is that it is usually harmless, since writing copy from press releases is not difficult and almost all journalists bleat out the same ideological material anyway, so it’s not as if promoting one over the other has any actual impact.

(Sorry, journalists, it’s true: once you started writing NPR-style “emotional” stories, the difference between your writing styles became inconsequential. This style lets you hide behind a flood of adjectives and emotionally manipulative symbols, but that’s more on the level of clicé than innovation. The quality level between journalists varies mildly, and content is the only real difference. As it has always been, I might add.)

Then there is the question of whether SJWs have made too far of an inroad into gaming. A better question is: are SJWs in any way relevant to gaming? Practical experience says no because gaming is about… gaming itself. It does not need a class of zampolit to enforce political standards, nor does it need a dialogue about whether it has enough black, female, minority, gay, etc. characters. A good game is a good game, and if a good game designer incorporates those elements, people will probably not mind. However, unless forced to by political correctness, game designers generally do not include such things because they are antithetical to a good story. A good story involves an everyman or someone described as one who rises to power by conquering a great fear and/or great enemy, usually the two in tandem. None of this has anything to do with SJW objectives.

All of this serves to obscure what GamerGate shows us in an instant: a corrupt media which panders to one side of the equation for its own convenience, forcing itself into a genre to take it over for its ideological masters, and then squealing like a stuck pig because the residents there did not approve of its ideological takeover. This is the standard liberal MO that they have repeated time and again: act as if they are necessary until they force the prospective host to lash out at them, then fall to the ground wailing about how abused they are, and use that social guilt as a means to justify permanent entry and subsidy by the host. At least Ebola spares us the neurotic justifications and simply takes what it wants.

The headlines change, but the pattern is the same | Nationalism defends the rare against the average