Future Of An Illusion: The Democracy Illusion 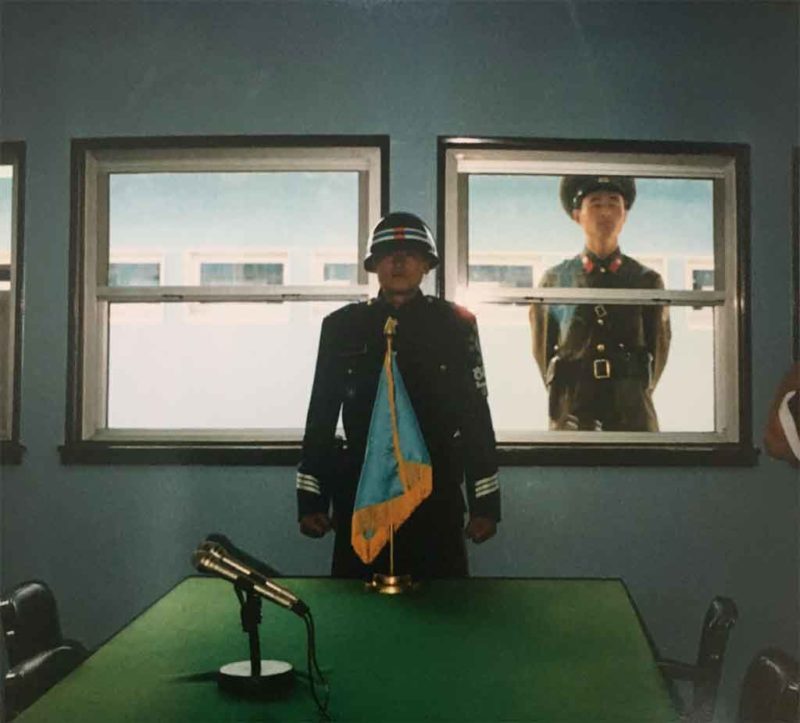 So who is your favorite for Despot of The Week? If you are the New York Times, than it must be none other than Ms. Kim.

As the first immediate member of the Northâ€™s ruling family to visit South Korea, Ms. Kim was swarmed by the local news media. Even before she touched down in her brotherâ€™s private jet at Incheon airport, west of Seoul, the approach of the plane drew news exhaustive coverage. Commentators analyzed her no-nonsense hairstyle and dress, her low-key makeup and the sprinkle of freckles on her cheeks. After she attended a luncheon at the presidential palace on Saturday, the palace released photographs of the message she wrote in the guest book expressing hope that â€œPyongyang and Seoul get closer in our peopleâ€™s hearts.â€ Social media promptly lit up with analysis of her peculiar handwriting. Her quietly friendly approach while in South Korea â€” photographers repeatedly captured her smiling â€” seemed to endear her to some observers.

Now Ms. Kim is none other than Kim Jung Un’s sister. She has her detractors. “Garbage Monster” seems like an overly harsh epithet. Or maybe not so much. She is a political professional with the proximate human decency of Hillary Clinton. Like our very own Evil Queen of The Ozarks, the bodies seem to go missing in Ms. Kim’s friendly, smiling wake. Her dirt-napping of Kim Jong Nam’s just has to make you laugh.

In carrying out historyâ€™s first state-sponsored VX assassination in a country 3,000 miles from its borders, North Korea has demonstrated a new willingness to use its formidable arsenal of deadly toxins and poisons to kill or intimidate enemies on foreign soil, analysts say.

In a humanitarian effort worthy of The Clinton Foundation’s dedicated work in Haiti, the lovely and talented Ms. Kim can help solve your labor shortage conundrum. You just have to feed them three times a day. (Once more than our gracious hostess seems to have the scratch to spring for at present.). When even Amnesia International takes time out of its busy Hate Whitey Schedule to whack a Leftist government, you know they might not be the good neighbors the NYT claims they are.

The government continued to dispatch through state-owned enterprises at least 50,000 people to work in some 40 countries including Angola, China, Kuwait, Qatar and Russia in various sectors including medicine, construction, forestry and catering. Workers did not receive wages directly from employers, but through the North Korean government after significant deductions. Most workers were deprived of information about international or domestic labour laws, and often lacked access in the host countries to any government agencies and other organizations monitoring compliance with or offering assistance in claiming labour rights.

So why the journalistic equivalent to obsequious and tongue-demeaning oral sex with this bloody-handed harridan? Well, yes it does help them take pot-shots at Mike Pence. Sure it makes it harder for The Drumpenfuhrer to succeed at diplomatically isolating the insane man with the nukes. The NYT has a long and sordid history — dating back at least to Walter Duranty — of cheering for genocidal sociopaths as long as they were genociders that could be at least loosely associated with hard left ideologies. So with the exception of the pointless social construct known as gender, Ms. Kim is totally the NYT newsroom’s kind of a son-of-a-bitch. But, then again, why the malignant affinity for the male offspring of female rottweilers?

I think they know. They know good and well that Democracy is a form of government that will ultimately cause our national engine to blow a gasket and roll over in the ditch. They know good and well that the suffrage has been extended to feckless fools and purblind myopes. When fools have suffrage, the rest of us are soon to suffer. They know it’s going down like The Andrea Dora. The Sweet Meteor of Death is targeting a precinct station right near all of them. With that in mind, the atheists cry out for messiah. This messiah has only three things to do in order to line up the followers.

First, they make the audience depressed â€“ to get them to feel that they have lost or destroyed something immensely good and valuable. They have been brought to their knees…..The second step is to identify some minority or group of outsiders as perpetrators of oneâ€™s suffering. They are forces of evil, persecuting us from the outside or consuming us from within….The third step is to offer a manic cure for the terrors of helplessness..

Perhaps we need to understand what these people fear so much. Why not be happy in a democracy. You are free to snooze, oops I mean choose. You’ve got it made in Amerika, Baby! You’re all fartin’ through silk! So why doesn’t it smell any better? Quite simply, the mob is the world’s scariest tyrant.

The more Democratic you get, the closer you get to having that mob “assist” you in making all of life’s choices. To understand why even a really smart guy like Socrates would drink that particular bowl full of hemlock, it helps to look at what democracy offers the typical citizen. It offers a comforting illusion. In his propaganda screed Future Of An Illusion Sigmund Frued offered us a rather famous description of religion as a cucking machine.

According to Feud, religion emanates from the feelings of vulnerability one experiences at a young age. Over time, these feelings of weakness in the face of the powers of nature lead one to develop a wish for protection. Essentially, human beings use religion as an escape for the harsh realities and mysteries of the world. In his work, Freud suggests that individuals are the greatest risk to society. In addition, most people are instinctually opposed to civilized society. As a result, the civilized few impose their will on the unruly majority. It was Freud’s hope that one day; civilization would advance enough so that this unruly majority would only be reduced to a small, manageable proportion of the population. In addition to seeking protection, Freud explains that religion is a way for society to ensure morality. Instead of an individual having to learn throughout their life the rules and norms of society, they are handed a few simple guidelines that assist them survive in society. Further, in this work, Freud explains that religion is an illusion.

Now before the Militant Alt-Christians like JPW tell Screwy Sigmund to go fvck off to Ninevah and preach that ish like Jonah to the ISIS guys chucking faggots off the roof, let’s assume Sigmund has a point here having nothing to do with unresolved Daddy issues. Let’s assume most humans fare poorly at constructing thoroughly plausible explanations for why Tom, Dick, or Harry can afford the hot new Lexus but not them. Let’s assume there needs to be a way to keep all these folks from rising up and smashing all the Lexus Dealerships with aluminum bats because they can’t have one too.

Enter Democracy. It becomes Freud’s explanatory myth. It tells us we’re all equal under the law, until one of us tries playing Hide the Kielbasa with OJ’s wife. And that’s what gives all the rest of us in a Democracy the unresolved Daddy issues. It pisses on our leg and tries to tell us it’s just raining. There is no real equality in a democracy. Someone is always the bottom. It’s a constant, low-level guerilla war over who gets to be Capt. Ram-Rod.

So that brings us back around to the NYT‘s Nork fetishism. These guys at the NYT work in the boiler room of the Democracy Illusion. They are at least temporarily losing the aforementioned guerilla war. The other guys are getting to be OJ, at least in their distorted view of things.

The future of the Democracy Illusion doesn’t look as pleasant to these people now. That Democratic mob doesn’t even vote in a manner permissible to the NYT. So the NYT wants a despot that better reflects its views and beliefs. According to Nicholas Kristoff, they do cook up a mean pizza. Just don’t look too closely at a few of the toppings.

No War In Syria II | Do Blue Model Economics Block Freedom of Association?