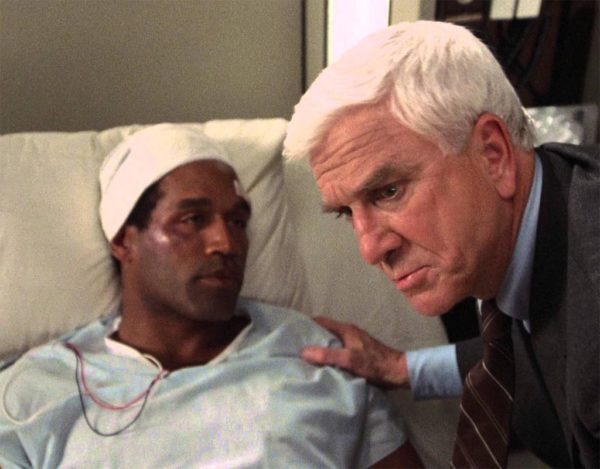 In the middle of the 1990s, when the lifestyle septic tank of popular culture had discovered there was such a thing as email and message boards, OJ Simpson crept back in the news for his blunt force method of wife disposal.

One message traveled around the world more times than the influenza virus. It had about a dozen OJ Simpson jokes that everyone just had to open and read immediately. Certainly the trial was a farce. Certainly OJ did it. Most of us would go to jail instantly and permanently if we had made matrimonial mulch the way the former football star did.

But OJ was special — politically special. Would a mob be primed to riot on our behalf if the verdict went the wrong way? Nope. It was obvious that a cheesy, has-been celebrity was getting away with murder on the basis of his wealth and race. But this was not what led the average, rational person to laugh at bad humor and forward it to their fifty bestest buddies at least fifty times.

The OJ Jokes were defeatist humor. People feel they are constrained and deliberately held back when they have to interact and compete with minorities. And what galls many people the most is that there are whole classes of people who can’t be criticized. So when OJ went for a ride in the Bronco, he went from a protected minority to a brutal man who hacked up women. Here was a minority who was now fair game.

So all the jokes about OJ became a steam valve. Those denied Freedom of Association by EEO rules or Affirmative Action policies now had a way to vent their rage. This worked around political correctness and ideological scene-policing. OJ jokes were euphemisms for what people really wanted to talk about: how diversity really sucks, and we cannot criticize it, so we are a beaten, frustrated population.

History may not repeat itself, but it can certainly rhyme. OJ Simpson was caught involved in a shady sports memorabilia deal in Vegas and got sent to the aforementioned can. Now, after several years of uneventful incarceration, The Juice is back. He’s 70 and on way too many no-fly lists to sprint through the airport, but he did ace the parole hearing.

Simpson appeared as inmate No. 1027820, dressed in blue jeans and a blue button-down shirt, in a stark hearing room. Displaying contrition, Simpson told the hearing: “I’ve done it as well and as respectfully as anybody can. I think if you talk to the wardens they’ll tell you. “I’ve not complained for nine years. All I’ve done is try to be helpfulâ€¦ and that’s the life I’ve tried to live because I want to get back to my kids and family.” Simpson’s daughter, Arnelle, 48, pleaded with the board to release him. “We just want him home”.

Now the (((Goldmans))) have won a huge civil judgement against him for the wrongful death of their son Jody,* oops, I mean Ronald, so at least we won’t see him spending his golden years strutting too much. Which is a blessed relief. It will spare us a 50-joke email featuring OJ Simpson’s misconceptions about Viagra and Rogaine.

* — Jody was the generic name given by soldiers to the guy attempting to nail their wives while they were away on deployment. You know, Joe the Guy… Joe D. Guy… Jody.

Effect Of A Black Population On Competitiveness | With Its Competition Gone, Democracy Showed Us Its True Face, And We Recoiled In Horror