For How Long Do Caucasians Get Blamed For The Dysfunction Of Other Races? 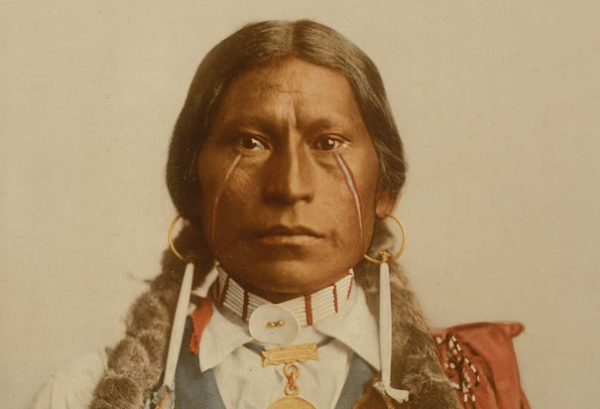 The pity narrative — which styles those who are not succeeding as victims, so that they have someone to blame for their “oppression” — creates a need for scapegoats, which is why almost all of our modern political discourse centers around oppressors, excuses, justifications and validations.

In the post-1960s Communist lite view of America, this nation was founded by victimizers who held their victims back from succeeding. Reality is more nuanced, and shows struggling societies which lashed out at the pioneers and started a war that ended badly for them, mainly because of the superior military strength, aptitude and technology of the newcomers, who had just a few centuries earlier fought invading Mongols who used tactics similar to those of Amerinds. Our people had suffered greatly, and they gave back with fervor.

However, the problem of a battle won is what to do with the losers. In the primordial past, they were enslaved and sold back to whatever continent seemed most appropriate, but in our modern wisdom, we elected to show pity and keep them on in reservations. Because we took on a stewardship role, we will forever be blamed as victimizers for the failings of that group.

Consider the dubious and ongoing relationship between Amerinds and alcohol, and how Caucasians are blamed for the dysfunction of the Amerind tribes:

Behind him, to the south, was the Pine Ridge Indian reservation â€“ a vast, 3,500-sq mile rectangle of land at the south-western base of South Dakota, home to 20,000 Oglala Lakota Sioux tribe members and where the sale of alcohol is banned.

In front of him, on the ground he was now striding across, was Whiteclay, Nebraska. The town has no local government and only 14 residents. For over a century, its primary purpose has been to sell alcohol to the reservationâ€™s residents. Four million cans of beer left the stores here each year â€“ 11,000 a day. Activists have long argued it has decimated the tribe.

…â€œIâ€™m hoping that Nebraska can look at themselves and their Christian ways and ask themselves: will they continue to profit off our peopleâ€™s addiction?â€

It would not be in my program to open a liquor store next to an Indian reservation, knowing that the inhabitants would sneak across and buy huge volumes of beer with their government checks. But it is hard to condemn someone for deciding to do just that, since the profits are there waiting to be taken, and if this story continues, will be taken up by a new person in a short while.

We are blamed for not just history, in which we defended ourselves against Amerind/Mongol attacks, but for every failure since, despite Amerind society following essentially the same pattern it has for aeons. It is the same with every other race we encounter.

Our only escape from guilt — well, if the Left has its way, there will be none — is to withdraw entirely from these parts of the world and assume zero stewardship style role. When we take on any responsibility for them, we become responsible in the sense of being the cause of their misfortunes, and the people who should pay forevermore for that sin.