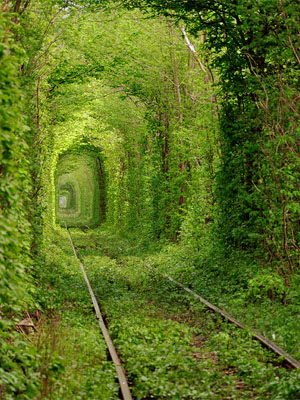 The worst aspect of mass politics is that none of the basic terms are defined. “Conservative” is a loose grouping of likes/dislikes, and liberal is a social identity.

From that, each person tries to abstract out some heuristics in order to make an educated guess as to any issue. Since appearance is separated by reality through a complex interaction with context, these never quite match up as one might think they should.

As a result, we have so-called “conservatives” voting for all sorts of problems that their ancestors would think were straight out of Red China, and many liberals such as Barack Obama confused on the nature of their foreign policy. It’s chaos, a level removed.

However, it’s important to remember that leftism and rightism are essentially different, even if the examples of them are confused. We might call leftism a form of humanism, or the idea that human notions, feelings and judgments come before all else. And we might call conservatism a form of organicism or integralism, or the notion that life as a whole is more important than our subjective impulses.

Another important concept in conservative thought however is consequentialism. This is a powerful idea and like most of those, is very simple at its essence. Because of this, it has been attacked by those who try to add conditions to it in order to reverse its meaning from the original. (This is common behavior for neurotic humans.)

Consequentialism is a greater concern for results than methods. It’s more than a “by any means necessary” however. What it means is that we look first to how our actions will affect the world around us, and only secondarily turn toward moral, emotional, social and political notions, because those are constructions of the human subjective mind and do not necessarily correlate to reality.

A definition from a source that normally produces analysis of quality:

Part 2
the most prominent example is consequentialism about the moral rightness of acts, which holds that whether an act is morally right depends only on the consequences of that act or of something related to that act, such as the motive behind the act or a general rule requiring acts of the same kind.

This definition is separated for your convenience. The first part is the real definition; the second part is the socially-acceptable fix that was put in to make this definition pleasant-sounding to many people. Philosophers of the modern sort seem to be only a selective form of consumer.

Consequentialism is paying attention to the results of actions. This makes sense. However, in the second part above, the writers modify that clear definition into a muddled one. How do moral concepts, which do not exist in science and nature, get included as “results”?

As Plato was fond to point out, the human mind is like a projection screen. We project onto our world what we are thinking and then claim that our feelings, judgments and desires are “inherent” to reality. Such is the case with morality, which was never more than a choice for decent people to elect.

Morality does not regulate consequences, after all. It regulates our actions and makes the assumption that a bad method equals a bad result, when that is only sometimes true (think of how we murder to keep murderers off the street, or kidnap kidnappers to keep them from kidnapping, or even make rules in the name of freedom).

The reason for this clever sleight-of-hand becomes clear later in the definition:

In a stricter sense, human emotions (which is what morality, hedonism and aesthetics are) have absolutely zero to do with consequentialism, which is the study of effects. Consequentialism measures whether our well-intentioned welfare policy produces more drug addicts or fewer.

Conservatives make decisions by consequentialism because it always works. Instead of using the laboratory of human emotions and social feelings, we use the laboratory of life itself, and test every factor at once. What was the result? That result will occur again if we do the same action.

As views go, it is an accurate one. It will never be as popular as the idea that whatever we mean in our minds translates to a method which then translates to an identical outcome. But as they’re fond of saying among the intelligent, the road to hell is paved with good intentions.

The Map and the Territory by Michel Houellebecq | Oblivion