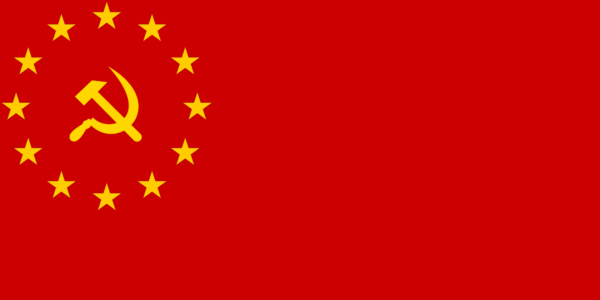 I wish *I* could troll like Vladimir Putin. The KGB didnâ€™t offer classes, the Internet hadnâ€™t been invented yet. That doesnâ€™t mean that good, old fashioned, brass-knuckled nationalism canâ€™t change with the times. Game is flashed almost obscenely below.

While itâ€™s â€œunreasonable to draw direct parallels,â€ itâ€™s obvious that the U.K. is going through a â€œturbulent, confusing and unpredictable period,â€ Kremlin spokesman Dmitry Peskov told reporters on a conference call Monday. Russia â€œhas gone through the collapse of the Soviet Union and many generations clearly remember the period of the Soviet collapse, that period of uncertainty.â€

While I get that lots of people in The Kremlin are high-fiving as the EU takes one to the chops from the Brits; I donâ€™t think this turbulence is particularly unpredictable. Great Metaphysical Philosopher, Janice Joplin informed us that freedom was just another word for nothing left to lose. And nothing is about all a lot of working class majority members in the West have left. Go below a certain income level, and that Honkey VISA White Privilege Card comes back with the rejection message â€œCaucasoid Please!â€ And itâ€™s not just the diversity that pisses on the Crackas. There is a certain social cacheâ€™ that accrues to pointing to JPWâ€™s sunburned neck and inquiring as to how it grew to become so uncommonly red.

Now I could answer this question with an HBD-based explanation centered on my tragic lack of melanin conjoined with my foolish lifestyle choice of moving to Northern Alabama. Yet somehow I feel like being more succinct and simply replying to this sort of condescending, obnoxious inquiry with a sincere and heart-felt â€œFvck You!â€ This, I think, drew a lot of support for Brexit. The stolid British Yeoman felt inclined to invite their noxious gallimaufry of Parlor Pinks to go have a wet and sloppy sod on one of the furniture legs.

And the rabbits feel like they have to. Eight other European nations are threatening exit. With the exception of the three or so nations that rake in the lionâ€™s share of the goodies, all the rest of Europe is saying â€œWe donâ€™t need no water, let the fothermucker burn.â€ At some point the rising bile of disgust drowns the fears of pain at the hands of Obergropenfuhrer Merkel.

So the golden straightjacket looks increasingly tarnished. The electronic herd loses power as members defect. The international class that likes its fellow-travelers more than it cares for nationalists or patriots begins to know fear in a handful of dust. They have a lot to answer for back home from the commanding heights of Davos. Whatever the Spanish, Portuguese, Italian or Swedish version of a redneck is, that person is not happy. This Brexit deal could turn into a landslide.