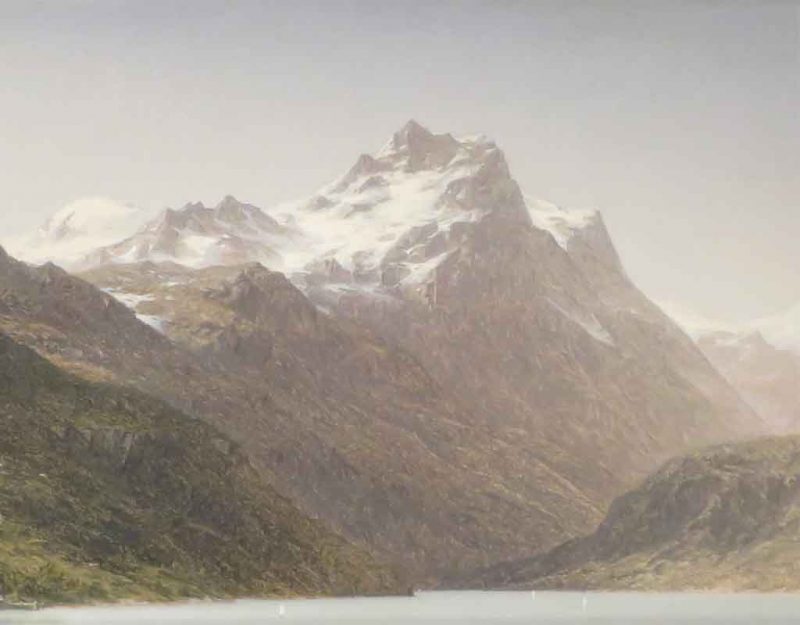 Being alive in the present time shocks people. Like all of us, they sort of “wake up” into neurological maturity, at which point they finally recognize themselves as alive and capable of choice, and then must struggle to further awaken to recognize the reality of the situation.

Once someone becomes capable of analysis independent of social opinion — depending on history, literature, philosophy, religion, or just gut-level common sense — they undergo a second awakening in which they realize that things are going very badly, but we have not yet faced consequences because our technology and the social order remaining from the past keeps things functioning, albeit badly and in a miserable, tedious existence that makes people inherently despairing.

This proves a shock for most people. They have grown up thinking that the world is about them — their emotions, career, friendships, and relationships — and instead find that they are small bottles afloat in a stormy sea that threatens to suck them down into the abyss.

Most go right back into denial, or adopt a self-pitying fatalism, because the shock is too great. How does one deal with being a person in a dying civilization, knowing that all you do is going right into the great flush as your society fades out into being a third world mixed-race ruin where none of the things you hold dear persist?

It simply seems impossible that things will ever return to sanity or even better, health. We feel like the remnants of a once-great society that now reflects none of its former greatness. It seems that we are lesser people, puny somehow, compared to the past.

Too few fight back, since most do not realize that if you are fighting, you have some control over your future and can push back the despair. If they did fight, they would realize that the greatness of the past slumbers in us and can be awakened, and that what we need to do is not as huge as they think.

We seek the shortest distance between two points: where we are now (point A) and where we want to be (point B). The first challenge lies in figuring out what we want; most will opt to try to “fix problems” instead of finding a type of society that actually works.

A short guide might be the following conclusions from history:

This implicates two important points, namely that we are leaving democracy behind and will be bypassing oligarchy, dictatorship, and military rule in favor of having aristocrats, and that we will be rejecting the toxic stew of socialism, unions, and entitlements that makes people dependent on centralized authority and thus parasitic. They need to depend on themselves and the things they know to be true, both hardline realism and a metaphysical sense that existence is positive and good things await them, instead of deferring to government, popularity, consumer tastes, and other drivers toward a constantly-lowering lowest common denominator. Popularity contests erode structure, standards, and order and replace it with a ravening herd.

How do we get there easily? The answer is surprisingly simple: we put together enough people demanding change that we can release ourselves from the bad laws of the past two centuries.

We want to start by ending diversity and entitlements. These require us to remove certain laws, starting with the Fourteenth Amendment which changed us from a “natural rights” society where rights were things the government was prohibited from violating, to a “civil rights” (or, internationally, “human rights”) society where rights are something that government enforces in private matters, starting with the screwball ideal of “equality.”

Then the laws that mandate free stuff — pensions, healthcare, education, welfare — can be removed. No one has a “right” to this stuff, at least unless you buy into the Leftist and socialist concept of “equality,” which has clearly failed. Pensions are toxic because they induce people to stop saving money and instead to spend it on stupid stuff, since government takes care of their retirement; socialized medicine causes people to stop taking responsibility for their own health, since the free government clinic will give them something; public education causes parents to stop investing time and energy into the development of their children, and preaches government propaganda; welfare produces a bumper crop of permanent parasites and distorts the market as employers adjust to the expectation that their workers will be receiving government benefits. All of this stuff is wholly toxic, like unions and other forms of egalitarianism (including pacifism, universalism, and utilitarianism) are toxic, and we can easily get rid of them by changing our laws, or rather, by removing stupid laws.

By doing so, we will “transform” society so that it cannot easily be changed again. When the equal rights mandate goes away, freedom of association returns, and society will balkanize immediately. This in turn will remove the advantage to being here for foreign groups, which is that they show up and must be given jobs, benefits, and deference because of our civil rights laws.

When the free stuff from government goes away, people who are fundamentally without purpose will find that this country is hostile to them, and they will go elsewhere. Traditionally, America has shed people to Mexico who wanted a cheaper and easier life, and this net outflow has brought money and skills to the third world.

Some criticize the reparations with repatriation ideal, but for the price of a few years of our socialist-style entitlements state, we could end diversity without being the bad guy. In my view, using other tribes for our own needs has always been a bad guy move, even if they did it to us first, because such actions are illogical if we heed the principle of autonomy. We want to go our own way, and that means that everything foreign must go, no matter how “nice” and “smart” it is, or how convenient it is for us to use it. We need to mow our own lawns, clean our own toilets, fix our own hair, make our own food, work in our own fields, and be entirely independent from all Other groups.

The task before us is easier than we think, and that is what the Left fears we will notice. They want us to believe that we face an insurmountable mountain of changes that Leftists have made to our society, but in reality, if we simply un-do the laws that made those changes happen, most of the situation will resolve itself naturally.