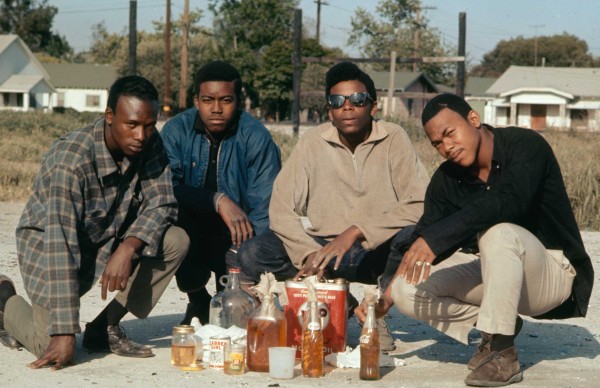 As yet another race riot hits an American city and leaves behind slightly less damage than invading Eastern Bloc troops would have, many find themselves wondering about the future of the American experiment with a nation of no fixed race.

Many know that our Founding Fathers intended a white America and accepted slavery as a necessary evil because of the amount of money invested in it. The same stayed the hand of the Confederacy, who had already curtailed new slave importation and were winding the institution down as new technologies became available for harvesting their prime crop of cotton. The amount of wealth invested in this labor supply was such that liquidating it would have devastated the economy.

Among conservatives now, few endorse slavery. Some merely recognize it as abhorrent, where others of us oppose it because it is a form of diversity and would have no problem enslaving people of our own race such as the ones who show up on daytime television talk shows to discuss the unclear parentage of their offspring. It is unlikely that as a whole it was as cruel as portrayed by propagandists in the intervening centuries, although clearly some were abusive. It is also clear that it was normal practice in the middle east and included more than Africans. However, many of us, myself included, feel that it was a historical aberration that should be corrected.

When a wrong occurs in civil society, it is customary to take to the courts or other forms of redress and to be awarded compensation for the wrong done. In the case of African-American descendants of slaves, it makes sense to grant them some form of compensation for what their ancestors suffered. However, by the same token, it also makes sense to close the wound by ending the deleterious and suicidal practice of diversity, and repatriating not just ex-slaves but all non-Western Europeans to their native continents.

Once we get out of the moralistic ghetto formed by those who believe history is a matter of passing judgment over others personally, we can see the question of diversity as what it has always been: a question of policy. If a policy fails to achieve its aims, we remove it; if it also causes damage, we un-do it. This is how we handle a wide range of problems, from police practices to nuclear power plant safety, and the only logical approach to diversity is to treat it as the same. Regardless of personal feelings, judgments and desires… we must look to reality, do what not just “works” as a sufficient basis but rises above what has been done throughout history to give us the best of possible futures, and fix our broken policy.

Diversity does not achieve its aims and creates significant collateral damage among all races. Each group must perceive itself as either a conquered minority and forever resent those who are understood to be the majority, or integrate into a mixed culture which averages out the cultures integrated into it and produces “mall culture” comprised of ideology, advertising, and entertainment. This is death to not just national culture but the idea of social standards itself, guaranteeing moral relativism and a steady downward slide to the lowest common denominator in perpetuity. Further, we can see from the most diverse nations of the earth — Iraq, India, Mexico, Brazil and Russia — that ethnic clashes continue long after centuries of wealth and effort have been poured into sating them. Diversity is a path to failure and self-destruction.

With that in mind, the only sensible course of action may be found in reparations with repatriation. We can close the wound, shake hands with respect and move onward, recognizing that history is morally ambiguous and that we can do our best to address those circumstances now but that no solution will be “perfect.” This allows all races to avoid diversity, the ugly sensation of being a conquered and oppositional people, and to gain self-confidence through self-rule and self-determination. This is a peaceful, inexpensive and honorable solution to a problem that has lingered for centuries and only gets worse, not better as promised, as time goes on.