Fighting The Wrong Enemy Leads To Defeat By Our Own Hands 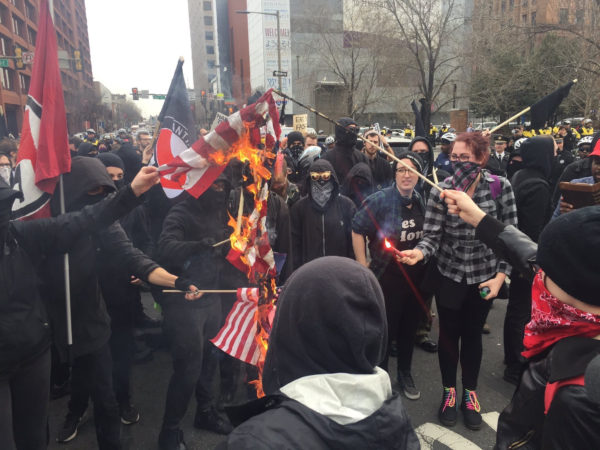 Today’s trope is a dumb one, which is that Facebook is publishing child pornography, which is not quite true but we all accept it because we hate Facebook for being so popular and yet so manipulative and degrading to information, so whatever reason will snuff it is OK with us. Would that we get to the same outlook regarding Amazon, Google, Apple and Reddit.

Facebook is at risk of a criminal prosecution in Britain for refusing to remove potentially illegal terrorist and child pornography content despite being told it was on the site, The Times can reveal.

The social media company failed to take down dozens of images and videos that were â€œflaggedâ€ to its moderators, including one showing an Islamic State beheading, several violent paedophilic cartoons, a video of an apparent sexual assault on a child and propaganda posters glorifying recent terrorist attacks in London and Egypt. Instead of removing the content, moderators said that the posts did not breach the siteâ€™s â€œcommunity standardsâ€.

Stepping aside the logical fact that it is idiotic for Facebook to remove any content, since in theory its filters separate normal users from anything extreme, let us look at what has happened: in a frenzy to remove Right-wing material, Facebook has neglected jihadist propaganda, rape and creepy anime.

This mirrors what has happened to the West in general. Egalitarian systems tend to be backward-looking because they are conformist, and so whatever worked in the past that was rewarded is now what people will do until events force them to do otherwise. This is why people are still re-fighting and re-living WWII; it was the last time we had a clear ideological position, and so people ape it.

And so we had the situation during the last election, where fifteen candidates got up on the Republican stage and preached the same thing: strong on defense, pro-Israel, anti-abortion, pro-business. What was this but reliving WWII? They wanted someone who would defeat those evil Nazis, defend the Jews, stop the wartime promiscuity and advance our economic interests, which happened quite a bit in WWII.

That brings us to a point where ideology replaces practicality entirely and we end up living in a weird fantasy world where it is more important to fight symbols than achieve results:

The museum didnâ€™t hesitate to sharply condemn Richard Spencer, a vocal Trump supporter who organized a gathering of white nationalists in Washington in November. Spencer â€œsaid that America belongs to white people,â€ the museum noted in a statement. â€œThe Holocaust did not begin with killing; it began with words.â€

Back in reality, America was founded by white — Richard Spencer sensibly uses this as a synonym for WASP — people who made it according to their needs. They used some African labor, but this was a minority of the labor done, and without it the empire would have been created anyway. They also used some Mexican labor, mostly out of pity for the poor illiterate peasants than anything else, but again, this was not necessary.

In reality, homogeneity works for nations and heterogeneity does not. Israel itself is discovering this with Palestinians, and many people there are discovering that asserting European-style nationalism is their only way to survive the onslaught from the surrounding third-world, Arab-descended population.

If we go even further in realism, the Holocaust did not start with words, but with diversity. Jewish people left the middle east during the diaspora, and ended up first in eastern Europe and next in Germany. During this time, something glitched; accusations of racial preference against Germans, and of nepotism and Communist sympathies among Jews, boiled over during WWII. WWII, again.

Our old propaganda is dead and tired. It worked back then, but produced horrendous results, so we are re-trying it now because in egalitarian societies all decisions are made by committee, and committees favor that which is uncontroversial, such as repeating the past. But in doing so, we have ignored real threats.

Real threats? Our society is decaying from within; the West has fallen, replaced by an ersatz nu-West we call Amerika. Islamic and Asiatic invaders are attempting to destroy us. Eurasians want to invade. Our financial system is failing because of too many make-work jobs and regulations. Our technologies have not advanced. We are flailing and cannot admit it.

Instead, we are going to focus on symbols that the crowd knows. They know the WWII propaganda, so expect they will get social approval for repeating it in new and exciting ways, as has been the case for the past seventy years. And yet, this fails for them, because other events keep popping up that have nothing to do with their interpretation of the narrative.

The point is that in the West, we need a new narrative. We are not the people of the Book, nor are we egalitarians. We are not refighting WWII, nor are we refighting the Cold War. We are fighting for our lives, and the sooner we rid ourselves of false targets and focus on actual threats, both internal and external, the sooner we have some coherence in our dialogue about the future.