Eurasia Does Not Hold Answers For The West 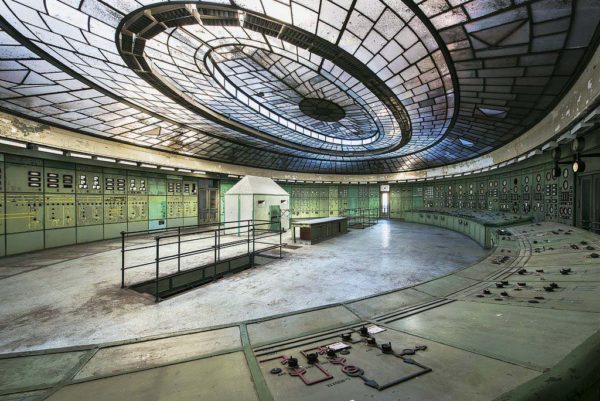 It is often said on the Right that places like Poland, Russia and Hungary offer the Alt Right an example of how to resist Cultural Marxism. There is truth to this, but the truth is only partial.

Although these countries are safer places to live because of their defiance of globalist interests, specifically its mania for multiculturalism, they also show us that the way to resist Cultural Marxism is clear to them in ways it cannot be clear to us. We have gone down a different path, and the solution we need is different from what Eurasia needs.

Eastern Europe has not experienced the caste revolt that makes our problem in the West so intractable. Eurasian nations are not in a revolutionary state. They are in a disordered state, but their proles do not have the privilege and financial backing that they do here. Nor do the financial interests benefit as much from riling them up as they would in the West. Their plebs are not weaponized and driven by the possibility of success as ours are. In this sense, they are not so much Right-wing as not infected with the Leftism that comes with wealth and the inevitably ensuing caste revolt.

We suffer from the intersection of low caste, high wealth, and influence. Our plebs have deceived us into giving them the crumbs from underneath our tables, and we have deceived ourselves into believing that they can be just as wise and capable as our naturally higher caste people. They have proclaimed: “LibertÃ©, Ã©galitÃ©, fraternitÃ©” and they have cut off our heads for buying it. With our success came new challenges, the most radical of which is the caste revolt sponsored by Leftism, individualism and solipsism.

Eurasia has never really ever been first world, and thus has not grown wary of success. They have not suffered the tragedy of the commons, caused by too few leaders of distinction or too many followers of indistinction. The comforts of a thriving civilization have not brought them too much zeal and too much distraction. Eurasia, just like Asia, has only become wealthy because they had close alliance with European nations, which even though they are in decline, are still living off of the advancements of their technological inventions, which is why most people do not realize that we are in decline. When it comes to technological advancement of civilization Eurasians contributed almost nothing compared to Europeans. Particularly German- and English-speaking Europeans created all of this stuff, but then it came to rule them.

The West suffers because they have peaked and allowed themselves to grow soft. They have also forgotten how they became successful. It suffers under the dual burden of being wealthy, and therefore attracting parasites, and the intense labor required to keep a complex society functioning. We have exhausted ourselves by making a paradise that ultimately our proles and foreigners will get to enjoy, and this sickens the Western soul and makes people despairing, since there is no future that they can believe in. The good news is that the West can save itself because it has only itself to blame for its predicament.

To reverse our corruption by success, we can fix ourselves by mentally ejecting the notion of equality from our lives. This requires noticing that all people have a degree of ability; this includes both responsibility and comforts. Some can have many comforts available, but not give into them, and still perform their responsibilities. Recognizing what one can and should have is necessary for proper order to be achieved and maintained. Each of us has a nature, and we should endeavor to know our nature in order to know our place in the order. This is the essence of natural law: there is a hierarchy which is not inherent in the sense of being forced upon us like gravity, but innate in that if we can perceive it, we can gain efficiency and quality by adhering to it, much like noticing any opportunity or threat that is not immediately visible.

We also must know the nature of those less able to make wise long term decisions. This is why libertarianism is not a solution: when we give liberty to those who will make poor decisions, their resentment only grows when their decisions impact them. Libertarianism would only make sense if genetics were a myth. Libertarians are natural liberals who deny genetics, and deny Darwinism. We should instead have authority over those who are incapable of making wise decisions, and place them in positions where their decisions have less of an impact on society. Without hierarchy, the lower echelons dominate the others, but these levels of society are the least aware, insightful and competent, and so our fortunes fall, where the meaner social climate of Eurasia allows the stronger to dominate the weak.

The West will restore itself by cleansing the bad and restoring good people into positions of absolute authority. To do this democracy needs to be abolished and Leftists need to be exiled to the failing civilizations that are the ultimate end results of their ideas. Groups with recognizable distinctions need to be peaceably separated. We need to seek out leadership types who have minds open to these ideas, and to convince them that these ideas are the best way forward.

This requires us facing full-on what it means to do away with equality. Different groups create different types of order, and different castes within those groups have different degrees of understanding to those ends as well. We must have Monarchs, Dukes, Marqueses, Earls, Viscounts, and Barons composed of our wisest and most competent people. Distinctions where they exist, must be recognized and people sorted according to them, because this is the only way that we can restore beauty, truth and goodness to complement the nature that surrounds us.

Civilization is an order within the greater order that is nature, thus it should also include Darwinism and other important aspects of the natural world. This means we also need to end socialism, which only serves to dumb us down, and make us less capable of providing for our own needs. All people will be placed in positions in society, if there is no position for them, they get to be with nature, or another place that might accept them.

Right now, many on the Right look to Eastern Europe and see that it does not share our problems, and figure that the West should emulate it, or that disaffected Westerners should flee to Eurasia. In reality, this is comparing apples to oranges, and will lead only to failure. The path to our success is clear, and awaits only the time where we summon enough intestinal fortitude to own our problems and make the changes that banish them.

Democracy’s Google Problem | Amerika Gets Its Worst Congresscritter Ever, Sheila Jackson-Lee, Thanks To The Voting Rights Act