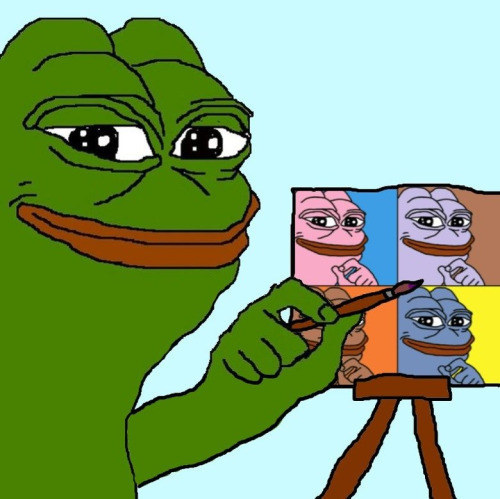 Trust the United Nations to say that the world not as the world is.

They tell us that democracy is barely breathing in Venezuela. The only thing slowing its breathing is its constant gorging at the trough. Democracy is eating Venezuela like a buffet after the Oakland Raiders arrive. French President Macron accidentally and egregiously told the truth about what was happening over there.

“The generalised and systematic use of excessive force during demonstrations and the arbitrary detention of protesters and perceived political opponents indicate that these were not the illegal or rogue acts of isolated officials,” the report said. The extent of the violations “points to the existence of a policy to repress political dissent and instill fear in the population to curb demonstrations at the cost of Venezuelans’ rights and freedoms”, it (Macron, I presume) added.

The Unelected Cucking Caudillo of the UN (UCCUN) then held forth on what a democracy should do when bad things happen to people who protest election results.

“The government must ensure there are prompt, independent and effective investigations of the human rights violations allegedly committed by the security forces,” as well as by pro-government groups and armed protesters, Mr Zeid said.

But what if a good, solid working majority of the voters get off on the “the generalised and systematic use of excessive force during demonstrations and the arbitrary detention of protesters and perceived political opponents?” If Antifa forms a government in the US or Great Britain, wouldn’t they want Nazi-punching inaugurated as an Olympic Sport?

The flaw in democracy is the flaw in human individuals amplified by groupthink, hive-mind and committee mentality behavior. Once a majority of We The People (WTFP) wants your sorry posterior dirt-napped, you are going down. Democracy demands it — and no emperor, king or dictator is as cruel a master as the mob. Ask Jesus and Socrates.

And if you don’t believe that the will of the people is perverse, puerile, perverted, pusillanimous and frequently in accordance with the true spirit of Mordor, then you need to get your ass off the couch and meet more of the fine folk in your neck of the woods. So democracy in Venezuela delivers. It’s the product Macron’s mom, oops, I mean his wife probably instructed him to object to.

Joel Kotkin gives us the #Cuckservative version of the same sort of whinge. He tells us that President Trump damaged democracy and Silicon Valley will finish it off.

The Silicon Valley and its Puget Sound annex dominated by Google, Apple, Facebook, Amazon, and Microsoft increasingly resemble the pre-gas crisis Detroit of the Big Three. Techâ€™s Big Five all enjoy overwhelming market sharesâ€”for example Google controls upwards of 80 percent of global searchâ€”and the capital to either acquire or crush any newcomers. They are bringing us a hardly gilded age of prosperity but depressed competition, economic stagnation, and, increasingly, a chilling desire to control the national conversation.
Jeff Bezos harrumphs through his chosen megaphone, The Washington Post, about how â€œdemocracy dies in the dark.â€ But if Bezosâ€”the worldâ€™s third richest man, who used the Post first to undermine Bernie Sanders and then to wage ceaseless war on the admittedly heinous Donald Trumpâ€”really wants to identify the biggest long-term threat to individual and community autonomy, he should turn on the lights and look in the mirror.

Now, as America’s version of the democratic Visigoth Holiday threatens to wind on down, even Matthew Yglesias over at Vox started to take notice. Journalism’s extra from the set of Eyes Wide Shut ponders with furrowed brow that a company that owns over 80% of its market and maintains a fleet of offshore cruise ships to house its illegal immigrant workforce, might just be exerting a wee tad bit of influence over Matthew’s beloved Democratic Party.

All businesses lobby on behalf of their interests, and in recent years that lobbying has increasingly expanded to include more focus on things like think tanks and other aspects of the â€œdeepâ€ influence game. Google has been especially an especially aggressive player at deep influence. The Wall Street journal reported in July, for example, that theyâ€™ve spent millions of dollars subsidizing academic research that backs Google policy positions, often mapping out the thesis to be proven and then shopping to find the scholar to do the work. Googleâ€™s money, not always disclosed, has backed donations to think tanks across the ideological spectrum as well as more prosaic forms of influence peddling like campaign contributions. What makes Google somewhat unusual for such a big company is that itâ€™s fairly closely aligned with the Democratic Party. Dozens of people moved from jobs at Google to jobs in the Obama administration, and vice versa, over its eight-year span.

We’ll walk Matthew through a gentle black-pilling here and let him see how The Matrix really works. Google finds it refreshingly pleasant and surprising that the Democrats are so willing to align themselves with its long-term corporate strategy. They find it particularly surprising how benign their acquisition of this old and once-proud political monopoly of coercion has actually been. There have been occasional hiccups along the way, but then again, what Megacorporation hasn’t had to spin-off or terminate a few unprofitable divisions.

And yes, dozens of people have moved back and forth between Google HQ and their subordinate Obama White House. It was a high-risk acquisition, that Obama White House, and somebody had to fly out there and provide a bit of technical expertise. So democracy has been surprisingly effective for Goolag, Crapple, Zuckerface, et al, but all good love affairs come to an end. Google owns politicians the way Wall Street money managers own positions in Walmart or Caterpillar.

They hope that they know when to hold ’em, know when to fold ’em, know when to walk away, and never let those positions have any normative influence on their beliefs. Perhaps, as President Trump LBOed their butts out of DC and the EU decided to tax them as perhaps a rainy-day fund in case the Brexit actually leaves the building, Google thinks their democracy position is reaching its shelf life and smells like last Thursday’s delivery from the milkman. So as Google begins to think it has a democracy problem — and democracy wants to think itself potent enough to even solve a Google problem — something will have to be done.

Now Google properly evaluates ROI on democracy based on how frequently their paid politicians win and then how well they behave and stay bought once in office. If they get Hillaried, or if their protÃ©gÃ©s/catamites defect to Bernie or The Donald, then Google has a dilemma on its hands. They can double-down on the information control and politician-buying, or they can cut their losses and divest. They can be Amerikan and start moving all their jobs to China.

Democracy, on the other hand, has two options of its own to deal with their Goolag problem. We’ll describe these options as Roosevelt I and Roosevelt II.

So if you beat Google with democracy, you get totalitarianism. If you democratize Google, you get authoritarianism. Only smashing Goog-hole or smashing democracy — or ideally, smashing both Goolag and mob rule — will resolve the issue in a favorable manner for the commonweal of the society. Is there any conceivable chance that we can embrace healing power of and on this one?