Eugenics Van Caught in the Act 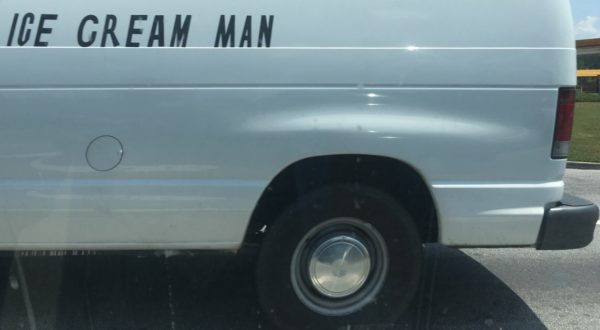 As many who read this site know, the Eugenics Van serves as possibly the only way for humanity to save itself from itself: a roving, anonymous, and silent removal of idiots, retards, criminals, perverts, and incompetents.

No one is sure if the Eugenics Van exists, but lore holds that it prowls around looking for defectives, then anaesthetizes and euthanizes them painlessly before taking the bodies to vast bonfires which reduce them to ash and bone.

However, a news story from Los Angeles suggests that somebody is operating a Eugenics Van and has been caught in the act of removing some lumpenuntermenschen:

The footage taken from an apartment in Los Angeles shows a white van parked on a dark street. What appears to be a dog pacing near the vehicle is also seen in the video.

The woman yells, “Somebody help me!”

“Stop! Stop! They’re abducting her. Call 911!” the man behind the camera says.

None of the individuals are visible in the video. After the van door shut, the vehicle took off.

The vehicle has solar panels and air conditioner on the roof.

A wholly naturalistic interpretation of human society sees each of us taking a role that we would have in a natural ecosystem if it were entirely composed of humans. Some — lawyers and serial killers — would be predators, others saprophytes like the hipster, and some prey animals, like the various schizoids, neurotics, incompetents, and fools floating around.

Many serial killers seem merely to prey on the unwary, removing oblivious people from society, or target groups specifically engaged in suicidally-risky behavior like prostitution and heroin use. In nature, these predators would steadily remove prey animals in order to keep their numbers in check.

Some view our society as the product entirely of reduced risk. Without any real dangers in their lives, people live in bubbles of illusion fostered by the bureaucratic, economic, media, and social worlds in which they exist, and never contact real existence, which leaves them feeling empty and confused.

Luckily with the Eugenics Van prowling around, or whatever near-analogue this Los Angeles bloodcurling death van may be, they no longer need to live in terror because their unrealistic lives have left them out of contact with life itself. They can simply fear the prowling Van and its ragged, pouncing vengeance.

On Women | Democracy as Punishment