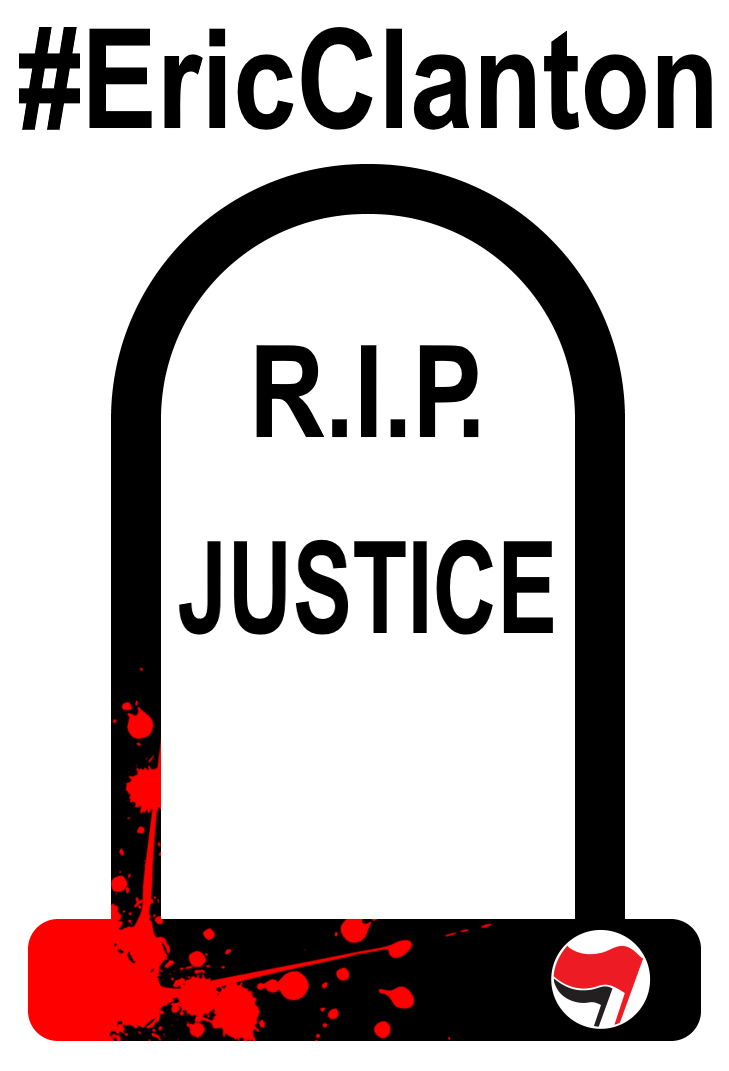 If you or I walked around the city streets hitting people with a bike lock, we would go to jail for a very long time. Not so for Leftist activist Eric Clanton, who received a plea deal that gave him only three years of probation for his actions.

When his little time out is up, he will be able to make a good living as a Leftist hero, since he fought the law and won in the eyes of other Leftist activists. In reality, the situation shows us our future: when the defendant, judge, jury, bailiff, and mayor are all Leftists, others Leftists will walk free.

This strategy has worked to avoid serious consequences for the inauguration rioters, antifa, and other violent Leftist activists. Now one black lawyer wants to formalize the strategy by encouraging Leftists to acquit those who commit Leftist-friendly violence:

On Above The Law, African-American editor Elie Mystal called for “jury nullification” by blacks when on juries in trials that focus on white victims.

“Jury nullification would get white people’s attention. Remember how pissed-off white people were about O.J.? And that was just one dude. White people would notice if black jurors simply refused to play along,” he wrote.

…”Black people lucky enough to get on a jury could use that power to acquit any person charged with a crime against white men and white male institutions. It’s not about the race of the defendant, but if the alleged victim is a white guy, or his bank, or his position, or his authority: we could acquit. Assault? Acquit. Burglary? Acquit. Insider trading? Acquit.

This represents a shift in strategy for the Left. Since recent antifa attacks have resulted in the unmasking of Leftist agitators, being masked will no longer work as their primary line of defense. Instead, they are setting up a twofold punch here.

First, Leftists will not be convicted of any serious crimes; they will take misdemeanor convictions instead, allowing them to remain active as voters, candidates, and employees, especially of the state. Next, the Leftist Establishment will raise them up after their convictions and find a way to hire them and reward them for their violent acts.

None of this will see the light of day as formal statements. Like all things Leftist, it will be spread through one-upmanship as each Leftist sees what others are doing and emulates that but takes it a little further. Right now, Berkeley has set the standard with Eric Clanton, but others will go even farther.

Our nice democracy will all of its rules, laws, and institutions cannot resist the assault of a Crowd. Selfish people in the grips of individualism form mobs in order to tear down social order and standards so that nothing impedes the individual from pursuit of its own selfishness. They stick together like a gang or a cult.

In the meantime, Americans find themselves recovering from the shock of seeing justice in their nation die. Leftists pay one penalty, and everyone else pays another. Courts have been lenient toward minority defendants for some time, but now they may simply refuse to convict at all, or reduce felonies to minor crimes.

Whenever Leftists take over, the only solution is to remove the good people from the dying community and have them set up their own society — hopefully not a State, but an organic one, in the nationalist/monarchist model — and defend it against the Crowd, which eventually self-destructs in poverty.

In the meantime, “justice” has become yet another Leftist-term that means the opposite of its original intended meaning. It now means a way for Leftists to engage in violence with impunity, while the rest of us will be prosecuted aggressively for defending ourselves against them.

How To Screw Up Your Life, Part 2: Expectations | Virtual Acquittal Of Clanton Will Encourage More Bike Lock Violence