How To Screw Up Your Life, Part 2: Expectations 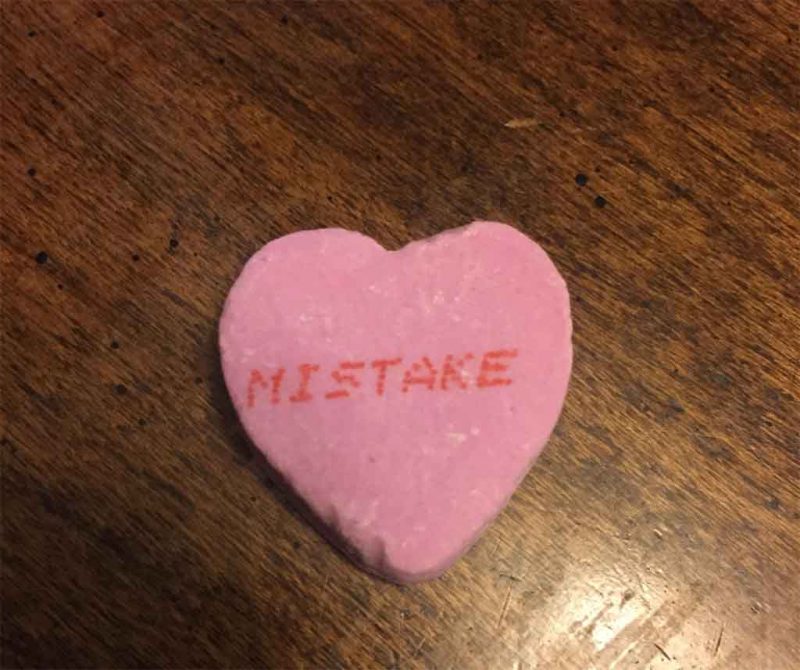 Maybe you have had a dream like this: alone in a vast mansion encountered in the mist, with many passageways in a complex layout, searching for some object of great value to you, but when you go down a certain hall, you find that the dimensions there do not resemble what you expected based on how the building looked from the outside.

You now find yourself lost, since you have no way to orient where you are in this passageway with the building as a whole and thus, your path to the outside. Even if you find your valued object, you may never be able to get out. These dreams concern choices and thoughts.

The hallways and twists and turns of those nocturnal visions follow the same pattern of our own thoughts in a metaphor that explains itself. When you make a series of assumptions, you find yourself far down a hallway and disoriented because you have drifted away from the central layout that holds the building — your mental organization — together. Instead, you are down a rabbit trail, lost in the wilderness.

Older people offer advice because they are familiar with many of these pathways. When young people speak of being at a certain point, an older person will often recognize that juncture or staircase and want to offer some orienting information. Young people frequently mistake this for a form of control, or the “my way or the highway” attitude that most parents have, since democracy turns us all into little tyrants fixated on what we want, not what we need.

For those of us in the middle, not yet old and wise but not quite young and turbulent, this process plays out most painfully in dialogues about love, sex, and marriage. The young offer opinions that the more experienced recognize and want to raise a finger and say, “Erm, about that…”

Nowhere exhibits this condition more clearly than the discussion of potential mates. Young men, especially on the Alt-Right, have fanciful notions about what they desire. They often talk in terms of ideals and ignore the very real parameters of the question as it applies to them in the real world.

For example, since the 1990s it has been trendy for nationalist youth to declare their own nation dead, and say that instead they want to go somewhere “unspoiled” and find a woman who is “of like mind.” Translation: move to Eastern Europe, recruit a wife who is genetically and culturally vastly different than they are, and bond on the fact that their hobby in common is white nationalist politics.

This makes about as much sense as the Leftist couples who insist that they are perfect for each other because both like to hike, they like the same music, or they go to the same restaurants. Shallow comparisons of this nature work for the next six months, maybe, but then deeper incompatibilities emerge. Most relationships fail for this reason: they were temporary expedients in response to a longer-term need.

If experience could give one thing to youth, it would be this: seek someone of quality, coming from the same background and heritage as yourself, heading in the same direction in life that you are, who fundamentally shares your values. Let everything else go. Any preconceptions about her appearance can go out the window.

Most young men, saturated in toxic media, go off looking for a model-gorgeous woman who engages in activities that young men understand like video gaming or politics. They overlook the girl next door who may not make it into the movies but has a pleasant face, good health, a sane lifestyle, and a sensible direction in life.

Obviously it makes little sense to court a Leftist, as that falls under the mental health exception, but if the young lady in question comes from a decent family of the same socioeconomic level as your own, has no tattoos or drug habits, is not promiscuous, and has intelligence, then she is ideal, even if she does not look like it.

Here we come back to that mansion in the mist where the internal passages do not fit with what you saw from the outside. This is the nature of thought and reality itself; once you go deeper than the surface, appearance cannot help you. Only understanding the structure itself can, and that rarely corresponds to appearances.

Young men waste their time on videogames, music, social media, etc. when these things will pass within a relatively short time. They need to have some way of earning a living, preferably without a job, then a family, a way of contributing to the restoration of Western Civilization, and a sense of groundedness in life.

This comes with casting aside all of the toxic appearance-based judgments of modern time. When you go seeking a wife, find the normal healthy girl from a background like yours and she will be the most compatible for life and provide you the greatest joys.