End Of The Nation-State Signals The End Of Liberal Democracy 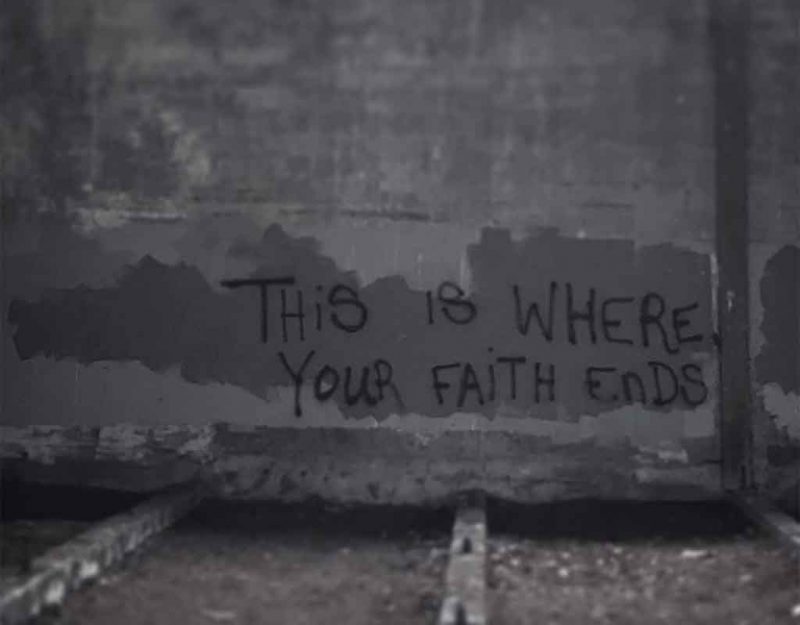 Modern citizens find it hard to believe that there was a time before modernity. Most cannot separate this time from technology, but modernity is more than that: the idea of societies united around control by symbol, administered by bureaucracy, in the name of individualism.

Francis Fukuyama wrote a convincing tome about the end of history in which he argued that liberal democracy — democracy + civil rights + entitlements — seemed to be the ultimate evolution of human society.

In his view, which he seemed to regard with dread, the time in which we found ourselves in the early 1990s was just going to go on and on and on, since every other alternative seemed to have failed. It turned out that we were just waiting to see how liberal democracy would turn out.

Its core, the symbolic unity afforded by ideology, rose from the ideals of The Enlightenment™ but came from a much older tradition in Asia, where society had no organic structure, but consisted of a large group mass mobilized to do the same thing at the same time through symbolic commands from a centralized authority.

To create such a group, one needs an ideology, because a naturally-occurring community will not turn to such a thing unless fully in decline, and we invented one with the nation-state. As students of history may recall, the nation-state was the opposite of a nation: where a nation was a tribe given political authority, a nation-state was a political entity where people were united by ideology instead of genetics.

As it turns out, the nation-state has become obsolete as people turn toward culture to escape the anonymity of modernity:

Over the next several centuries, as the power of monarchy eroded and European countries needed something else to inspire loyalty among their citizens, the ideal of the nation-state—that the people within those arbitrary borders would feel some sort of collective identity—became popular.

The insistence on the nation-state as the only legitimate and legal actor on the world stage leaves substate groups vulnerable to exploitation, attack, and shady dealing.

Nonstate actors from terrorist groups to multinational corporations have increasing impacts on global politics, and traditional geopolitical theory does not do a great job of dealing with them. Even for bilateral issues, the nation-state is not always the most useful unit of analysis.

The nation-state fails because it is inherently diverse. You no longer have a tribe, but several tribes, and they attempt to coexist despite having different customs, aesthetics, and values. Very similar tribes can get along, like the North German tribes, but too much different and splitsville always threatens, as in Belgium and the UK.

“Proposition nations” of this sort — all nation states are based on a proposition, or symbolic ideal manifested in law, economics, and politics — rely on people sharing political values or political culture where they have the same abstract ideals, like equality, freedom, justice, and so on.

National groups adopt ideology because they lose their original focus, probably because they have been fighting against external forces for so long that they have no idea what they really desire anymore. Once you slay the beasts, till the fields, build the institutions, and compile learning, you have a highly functional society, and people tend to take this for granted.

At the same time, this society will increase the number of lost and confused people because all they needed to do to survive was obey instructions. They have never formulated a will to achieve, conquer, or create. They just respond to needs, like work for money to eat.

This society will also face, by virtue of its wealth and knowledge, a proliferation of conjectures about what might be better as an order, with each person speaking to be heard and distinguished rather than because they believe what they say is actually accurate, true, actual, and real.

Once you step on the path to ideology, even just with a toe, you are committed to a path that will end in Communism. Ideology itself is inherently Leftist because it emphasizes the power of the Crowd, not a natural order in which some ideas and some people are more capable than others.

Without ideology, people must unite by culture. That requires separation from all other groups, and leaders more powerful than the mechanics of the system who can enact the unconscious will of the people instead of their immediate reactions and fears as expressed in votes and polls.

In other words, the leader is closer to a scientist, philosopher, or shaman, studying the questions of reality and intuiting what his people need, then doing that even if people squawk and yowl over the disadvantages it brings, because all acts are inconvenient in some way to someone.

We are right now rocking on the turbulent seas of imminent change. People realize that liberal democracy, instead of being the forever system of humanity, has made our people miserable; our best are not reproducing, bad behavior increases, and disorder throngs around us.

This places us on a different path, toward a different type of system, and we will go through several hybrids with what worked in the near past because people like to avoid sudden change, and there is wisdom in that. However, we are heading in a different direction.

The new form of society that we will adopt will place more focus on rewarding people and emphasizing a natural and divine order in the patterns of life and roles we all take. Its goal will be to produce more people of genius, instead of trying to find genius in the giant committee that is an electorate.

We have done this badly for some time, and are no longer producing many people of genius, but in a society with more power to leaders and culture, we need lots of quality people to create in those areas, and to suppress the power-hungry Cassius types who want to rule but lack the aptitude and moral character.

During this transition, we are likely to see a great deal of fear and doubt because most people do not want radical change and are afraid to admit that we have wasted many years and lives on liberal democracy, which was already known to be a failure 2400 years ago.