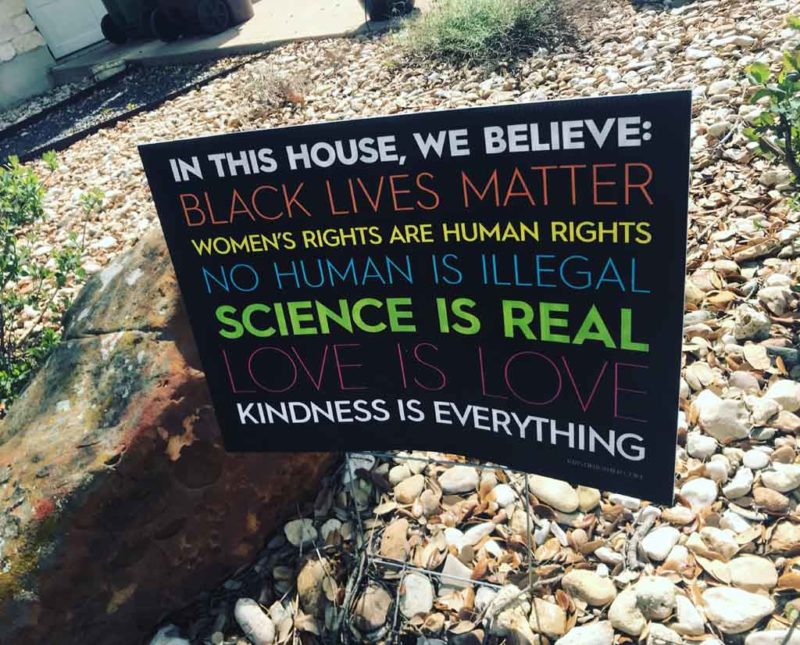 Darwin showed us the common sense mechanism of nature. Many variations are produced; those that function best, persist, and the others gradually drop out. Natural selection produces more of a statistical analysis than an individual one, meaning that it analyzes populations more than individuals.

Like all self-organizing systems, Darwinism only works because all organisms share a common objective in survival. Some seek to rise even higher toward stability and influence over their environment, creating natural variations between species (sparrows and nightingales) as well as internal hierarchy.

It turns out that even the lowliest species internalize the desire to rise toward excellence. The parable of the hard-working ants provides some context:

After making the ants go through these paths several times, researchers then made the ants choose between either a rosemary or lemon-scented path. Guess what? The ants chose the rosemary-scented path most of the time.

Researchers repeated the study with new ants, switching the syrup, placing the rosemary syrup at the end of the easy path and vice versaâ€”just to ensure that their results didn’t simply mean the ants liked the taste of rosemary.

But no, it was not just about the rosemary. Their results were the same: the ants preferred whatever syrup they found after the hard hike.

In other words, healthy organisms adopt a mentality (for conscious beings: a philosophy) of adaptation to natural selection. They desire striving, because with pushing themselves toward excellence, they find themselves on the right side of the rule of natural selection.

Healthy organisms embrace striving, but those who are naturally inept find it terrifying. It means that any time they try to fulfill any function, if they screw up, they lose social status. This upsets them because they know they will be at the bottom, laboring with the other serfs in the turnip fields.

Their motivation is individualism. Instead of wanting to overcome themselves and adapt, they want their solipsism to be law, and so they join up with others in a collective mob and enforce a lack of standards as the standard. Pretty clever for a bunch of turnip pickers.

As it turns out, this sets society on a path toward Utopia through egalitarianism which begins with something mild like social democracy and ends in Full Communism. This kills the nation just as conservatives predict it would:

In the first undertaking of its kind, they analyzed the fortunes of 44 countries across Europe and Asia and looked at geography, religion, systems of government and a more intangible quality called â€œdeep cultural ancestry.â€

Writing in the journal Royal Society Open Science, they matched these factors against where they ranked on the United Nations Human Development Index, which measures per-capita income, life expectancy at birth and the number of years its citizens spend in education.

…Instead, the single strongest predictor for a countryâ€™s health, and the second-strongest for its wealth, turned out to be whether its rulers had embraced communism.

The study said that after World War II, economic growth in Communist Eastern Europe was slower than in the West, but despite the Soviet Unionâ€™s collapse almost 30 years ago, the effects are still being felt.

This surprises no one, given the history of Leftism. The French Revolution converted a once-prosperous nation into a starving mass of rabble, and then launched the first real “world war” in order to convert the rest of Europe to its failing system of egalitarianism.

We all know the story of the Soviet Union, which boasted massive nuclear missiles as its population starved, and even more grim tales from Cambodia and Vietnam, where whole swathes of the population were eradicated in order to maintain control even as most people lived in dire poverty.

Even in the USA, we have seen real wages stagnate as Leftist welfare benefits and diversity policies were implemented.

Western Europe seemed free of this until it became clear that its leaders were importing third world immigrants in order to tax them so that the benefits state could pay its existing obligations. These nations are bankrupt but living off debt they acquired by promising future wealth.

Everything that Leftism touches turns to third world style subsistence living. Plato noted that this was the case in his analysis of how mob rule turns to tyranny because tyrants require pliable slaves:

But imagine one of these owners, the master say of some fifty slaves, together with his family and property and slaves, carried off by a god into the wilderness, where there are no freemen to help him –will he not be in an agony of fear lest he and his wife and children should be put to death by his slaves?

Yes, he said, he will be in the utmost fear.
The time has arrived when he will be compelled to flatter divers of his slaves, and make many promises to them of freedom and other things, much against his will –he will have to cajole his own servants.

Yes, he said, that will be the only way of saving himself.
And suppose the same god, who carried him away, to surround him with neighbours who will not suffer one man to be the master of another, and who, if they could catch the offender, would take his life?

His case will be still worse, if you suppose him to be everywhere surrounded and watched by enemies.

And is not this the sort of prison in which the tyrant will be bound –he who being by nature such as we have described, is full of all sorts of fears and lusts? His soul is dainty and greedy, and yet alone, of all men in the city, he is never allowed to go on a journey, or to see the things which other freemen desire to see, but he lives in his hole like a woman hidden in the house, and is jealous of any other citizen who goes into foreign parts and sees anything of interest.

Unstable systems like those that Leftism creates will require increasing managerial, administrative, and authoritarian control in order to keep themselves from collapsing. What starts as an argument for “fairness” quickly becomes a jihad for greater degrees of enforced compliance.

This in turn makes people unable to formulate their own direction because they are dependent on the State, or at least are smashed down if they are not. In its wake, this Leftist revolution leaves aimless people who are unable to generate productivity or even repair their infrastructure.

Eventually, all that remains is a society of disordered people existing near starvation with no hope of organizing toward the type of institutions and social order that guarantees stability and quality control, which in turn create prosperity and well-being.