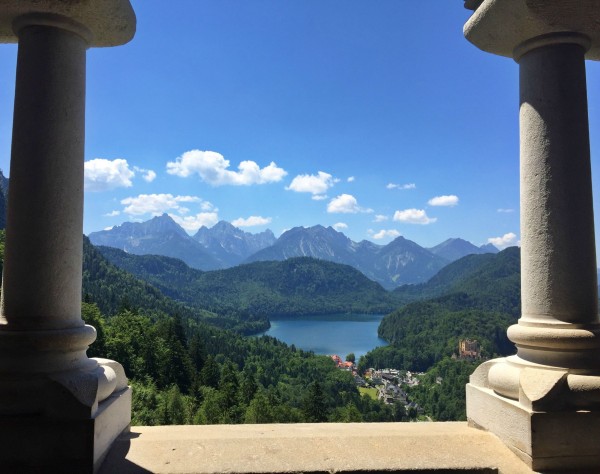 From Hans-Hermann Hoppe via the always-interesting Outside In:

A king owned the territory and could hand it on to his son, and thus tried to preserve its value. A democratic ruler was and is a temporary caretaker and thus tries to maximize current government income of all sorts at the expense of capital values, and thus wastes. [â€¦] Here are some of the consequences: during the monarchical age before World War I, government expenditure as a percent of GNP was rarely higher than 5%. Since then it has typically risen to around 50%. Prior to World War I, government employment was typically less than 3% of total employment. Since then it has increased to between 15 and 20%. The monarchical age was characterized by a commodity money (gold) and the purchasing power of money gradually increased. In contrast, the democratic age is the age of paper money whose purchasing power has permanently decreased. [â€¦] Kings went deeper and deeper into debt, but at least during peacetime they typically reduced their debt load. During the democratic era government debt has increased in war and in peace to incredible heights. Real interest rates during the monarchical age had gradually fallen to somewhere around 2Â½%. Since then, real interest rates (nominal rates adjusted for inflation) have risen to somewhere around 5% â€” equal to 15th-century rates. Legislation virtually did not exist until the end of the 19th century. Today, in a single year, tens of thousands of laws and regulations are passed. Savings rates are declining instead of increasing with increasing incomes, and indicators of family disintegration and crime are moving constantly upward.

Nothing here will be a shocker to people familiar with the issue: kings, by viewing themselves as curators of a population and responsible for its maintenance but not fundamental alteration, did not succumb to the mania for expanding government that is a hallmark of democracy. Under democracy, any expansion of government must be justified to the voters, and this creates a cycle where government finds ways to justify expansion of power. The voters remain oblivious, both individually and because in groups, humans make poor decisions by choosing that which is most cognizable and can be shared among the group, replacing “truth” with ease of understanding/communication. This prioritizes oversimplifications if not outright lies but ensures that the election can appear to be functional.

The aristocracy concentrated wealth in the hands of people with extreme subtle, sensitive and aggressive leadership behavior. These were people who did not merely “fix” problems, but found their root and removed it or contained it. Where modern governments will declare “war” on a problem and then create a permanent franchise to do so, kings had a tendency to go deeper and look as to why the problem appeared. They were also unwilling to sacrifice health, comfort and safety for their productive citizens in the name of small discontented groups and their unhappiness. These were more Darwinian and yet more enjoyable times: there were fewer details, less of an authority presence, and an absence of constant regulatory state restrictions making everyone cuck by the nature of having to submit to this mindless stuff to succeed.

Even more, it was a time where power was accepted, which led to less abuse of it. The great EnlightenmentTM idea is that individuals need no order above the individual itself, but kings violate that. As a result, democracy fans found themselves fearing power and inventing increasingly Byzantine mazes of rules to try to contain it. Absolutely none of these have worked, both in the instance and on the whole, since democracy kills nations with a “death of a thousand cuts” or every aspect of society slowly declining generation after generation. Our fear of power forces us into the hands of those who are utter sociopaths who lie about what they are doing, and by avoiding direct power become expert in indirect power, sometimes referred to as “corruption.” The arbitrary nature of a king’s power is what keeps it transparent and honest. Further, it allows the king to be able to act without justifying himself in terms of the poor, the budget or the ideological objective; he simply finds a way that is more beautiful, realistic, honest or accurate, and goes with that. No committees, no meetings, no formalities. No burying society under mountains of paper and boring, soul-destroying jobs. And apparently, lower interest rates as well.

Exit cuck | An alternative to socialism