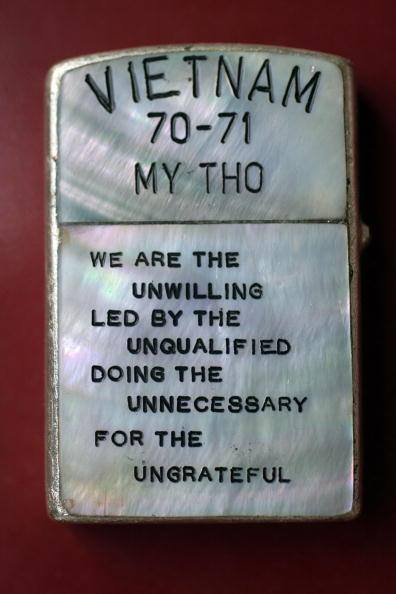 Few people understand the enemy when it is intangible. When one fights an idea, it is essential to learn to recognize the enemy, but most people do not do it.

I write here often about Crowdism, which is the combination of personal solipsism/individualism which in social groups becomes advocacy of egalitarianism/altruism and then, when politicized, becomes liberalism or a near variant. We live in liberal regimes in the West, and if we wish to survive, we must change that.

The problem is that most recognize liberalism only by its methods, and not by its intent. In response liberals change methods and vocabulary frequently, which baffles conservatives for whom methods are dependent on effect in reality and not merely on manipulating a large group of people socially. This allows liberal methods to infiltrate conservatism as people fail to recognize them as toxic.

The most fundamental idea, egalitarianism, is in fact a form of individualism. When an individual says “I want to do whatever I want and no one can tell me I am wrong or stupid,” this is individualism, but when applied to a population — for example the idea of universal validity of lifestyle approaches and values, or pluralism — it keeps the same form but is argued from the group instead of from the individual. This disguises its fundamentally parasitic nature. Civilization involves a trade-off between individual needs and responsibilities involved in keeping civilization afloat; the individualists only see the first part. This means that they use civilization for their own ends, partaking of its benefits and externalizing — or making into obligations for others — the results of their behavior.

When Crowdism takes over, it infects every ideology, religion, institution and values system. Individualists see the system and make it a vehicle for their own desires, changing whatever ideas it has to serve their own desires. Then they use the appearance of those values to justify their desires. The classic example is the new preacher who shows up at church talking about God rewarding the deserving, and two months later has a new Ferrari and a syndicated cable TV show.

This pattern of people projecting themselves into a belief system and then using the corrupted form to justify their own desires is quintessentially modern. It exhibits all of The EnlightenmentTM arrogance of humanity, in placing our form and our choices before the order of nature and the cosmos, and does so with the simple social subterfuge of pretending to agree with something and then using it as a disguise for the basest of motives. These do not need to be outright sociopathic, or controlling, for them to utterly corrupt what has been infected.

In many different types of belief system, I have seen this process repeated. People take it and use it as a support structure for their social explanation of what they were doing anyway. The preacher always wanted a Ferrari, but did not want to appear ostentatious, so he cloaked himself in piety. In conservative politics, we refer to this as “cuck” because we see politicians who — like hipsters, scenesters, and other imitators — use conservatism to hide their real motives, and to justify their real desire, which is to succeed in the system. A cuckservative cares more about succeeding in the system as it is than succeeding at achieving conservative goals. The cuck phenomenon is not limited to mainstream conservatism; it infests White Nationalism, Traditionalism, the New Right and Neoreaction as well.

Perhaps the greatest form of cuck is the individualist delusion which is usually justified with libertarian free market principles or religious ideas. In this, the person conjures up a philosophy that says that all is lost, and what they must do is focus on their own success, family, career and participation in small marginalized groups. This is a vastly comforting vision, because when translated through a filter of realism, it says do not change what you are doing. The belief system becomes a justification for doing whatever pleases the individual, with some modifications that they use to justify this choice and explain away what they lack. Not a billionaire like Trump? It is because you chose truth.

These beliefs are immensely popular because they do not require people to change themselves. Instead, they must adopt a certain jargon and dogma, and loudly agitate among others who essentially agree with them, while doing what they would do anyway: enrich themselves and set up a comfortable life. When challenged, they will claim to have been “activists” or some other synonym. The religious side has this as well; for centuries conservatives and Christians have been ceding ground and retreating into their own little groups with the rationalization that society is a blown fuse, a dead letter and a burnt ruin. This enables them to ignore all the larger problems and focus on themselves. The belief justifies this, at least as they style it, and enables them to be exactly like everyone else — self-interested, atomized and inconsequential — while loudly proclaiming the meaning and importance of their activity. This is no different than ex-hippies volunteering at homeless shelters, people who collect GreenSM appliances, and bohemians who justify their excesses by giving the profits to Take Back the Night.

Among this group, the most common form of cuck is exit. This is the idea that they have somehow mystically separated themselves from society and will go live elsewhere by their own rules, usually guaranteed by a corporation or small community. This lets the disaster go on, and will rapidly be absorbed if the community or corporation does not fail by itself, but most importantly, it allows them to keep doing exactly what they were doing. For them, this transition is no more than moving to a nicer suburb like their grandparents did when fleeing the city. White flight takes on a new form as ideological white flight and achieves the same results as the anarchists, hippies and naturalists who did the same: utter marginalization, followed by failure from lack of infrastructure and, as if silently acknowledging the intellectual fraud, a lack of impulse to stick together with their cohorts.

A truth of this world discovered late in life dictates that almost all people follow the same pattern, which is to take whatever they can for themselves and invent some reason to (1) justify what they have and have not and (2) cease involvement in changing the direction of society. When writers say that the West is dead, they mean the State and all ideas associated with it descended from The EnlightenmentTM, not “give up the ship.” If we do not recapture our society, it will destroy all who exit as its needs for wealth to re-distribute expand. But first, we must recapture our own minds. Individualism is a The EnlightenmentTM trap even if it disguises itself as the most radical neo-Nazism or Neoreaction, and it leads to the same place: many people abandoning society to pursue their own interests while externalizing costs to society itself.

Any sane philosophy of this time realizes that the populace of the West will not survive unless they recapture their leadership, depose the liars and filter out the bad so the good can shine again. Dropping out and marginalizing ourselves not only does not work, but is a convenient excuse for cucking out and refusing to face the actual task. People want an excuse to keep doing exactly what they would have been doing anyway but to explain it not as selfishness but heroism; from the bohemians to the hippies to the hipsters, this is a classic post-EnlightenmentTM trope. And yet, it is cowardice and foretold failure, and none who intend what they say should be fooled by it.