An alternative to socialism 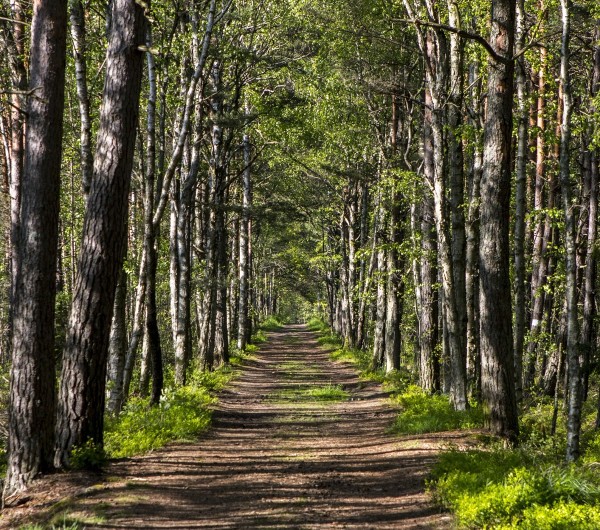 With the latest election looming, the economy is in the toilet and the voters are clamoring for lifelines. This means gimmes, giveaways, bennies (benefits) and subsidies. As usual, the voters are wrong and their choices will damage them in the future.

On one side of the fence sits what is basically socialism, the ideal that came about after the French Revolution showed that political equality alone was not enough, which is economic equality, or giving money to those with less to make a happy economy.

Socialism fails in much the same way it would expect you to: it punishes the productive and rewards the unproductive, which in the time-honored Darwinian ways of nature, produces a population of criminal slackers and drives out the good. Witness this recent experiment in socialism:

When Dan Price, founder and CEO of the Seattle-based credit-card-payment processing firm Gravity Payments, announced he was raising the company’s minimum salary to $70,000 a year, he was met with overwhelming enthusiasm.

But in the weeks since then, it’s become clear that not everyone is equally pleased. Among the critics? Some of Price’s own employees.

…”He gave raises to people who have the least skills and are the least equipped to do the job, and the ones who were taking on the most didnâ€™t get much of a bump,” she told The Times. A fairer plan, she told the paper, would give newer employees smaller increases, along with the chance to earn a more substantial raise with more experience.

Most people think of this from the perspective of themselves if they were desperately poor: “but it’s not fair that some have so much more!” However, for a moment consider someone who has his or her act together. They do not want to spend their lives at a job either, but they are putting in the effort to make a difference. Why should they be paid less?

But, you say, they are not being paid less. They are being paid the same, you opine. True — in basic math. At higher levels, we live in a relative universe. If those at the bottom get more, it will be taken from the top. This means that we want high quality work out of the top performers for a lower percentage difference between themselves and the slackers. Being a slacker becomes an efficient solution because one gets most of the benefits with none of the risk or obligation.

The classic example of grades breaks down because there is future reward for higher grades. Imagine that were not so, and passing was all that was required. Then imagine that standards were lowered so every student showing minimal effort would pass. A student would have to be foolish, or simply love the material, to do more than the minimum. Now imagine that to rise above the minimum required twice as much effort as passing. Incentive falls and the students that thrive will be those who do the least the fastest.

History shows us a graveyard of socialist states. Some, like Canada and Europe, maintain hybrid systems, and like their diverse populations, are functional — for now. The cracks in the facade are there: existentially miserable people, decaying social order, gnarled masses of laws, and lack of actual productivity versus simply cruising on the wealth of the past. The countries that jump head-first into socialism end up impoverished third-world ruins; the quasi-socialist states seem to have found a slower way of getting there.

Despite all this, conservatives offer no concrete competition to socialism. This happens for two reasons: first, conservatives do not believe in single ideological principles as a solution for the varied needs and problems of a society; second, conservatives are mainly inarticulate about their beliefs except on specific points, which relates to the first reason. A conservative solution will not fit in a nice tidy package like socialism, which boils down to equality by subsidizing the less productive with the “excess” of the more productive.

Instead, the conservative solution relies on time-honored principles in the exact opposite direction from socialism. It might begin with the idea of abolishing all benefits, welfare, subsidies and unearned benefits, and then doing its best to reduce taxes, costs and barriers to productivity. Its aim would be a society where people could work fewer hours at their jobs and have their money go farther, instead of one where they work more for less reward. It would not crusade against inequality or The RichTM, but aim to support the people in the middle by reducing the unnecessary. Peel away miles of regulations, protections that do not work, and subsidies, and you end up with a climate where the worker knows exactly what to do and is rewarded appropriately, at which point his money and time stretch far farther than they do under our current hybrid systems.

And The PoorTM? A conservative recognizes that categorical thinking fools us if not applied very carefully. There is no group by that name. There are people with less income for a variety of reasons, and each needs a solution. In many cases, the answer is for them to become functional at whatever level they can, probably through menial labor where they are supervised. Others may be permanent wards of the state, but under the conservative regime, this is achieved through charity. Some others are simply parasites and can be told to shape up or ship out, instead of forcing every other person to pay out to both reduce the value of their currency and keep around sources of social decay. This is not as emotionally simple and rewarding as socialism, but it works better, and even more, it aims to protect the productive/normal/functional instead of penalizing them in order to create more permanent wards of the state.

If instead of half of our incomes in taxes, we paid less than a quarter — with all taxes, including sales and property, added — our lives would be immeasurably better because we would require less for the same lifestyle. If instead of millions of rules about who can be hired and when, we had a flexible system with no expectation that employers and government provide happiness for everyone, people would find more jobs out there and thus find it easier to get to a job that fits them, and spend less time at it. Conservatives would reduce the manic competition created by narrowing the slots for jobs and instead open up the field, allowing more flexibility. In addition, by removing needless complexity and bureaucracy, they would make life existentially better by reducing daily frustrations. People do not need benefits; they need saner, shorter jobs that do not make them miserable, and a society where living is not a matter of keeping your head above the rising floodwaters of social decay and neurotic complications.

There is no way to make this sound as easy as the emotional ideas of giving to all and having zero risk for anyone. Those are illusions however, and like most illusions — and the Canadian style of society — they will eventually crash into reality and collapse, although this can be postponed with a hybrid system. However, our real problem is not monetary inequality, but feeling like victims of society because it is insane, ugly, boring and rewards opportunists. The conservative solution fixes this instead of attack intermediates like “inequality” which do not actually deliver what people need, which history shows us is a far different quantity than what they think they want.

Economists against democracy | Why I do not aspire to be King