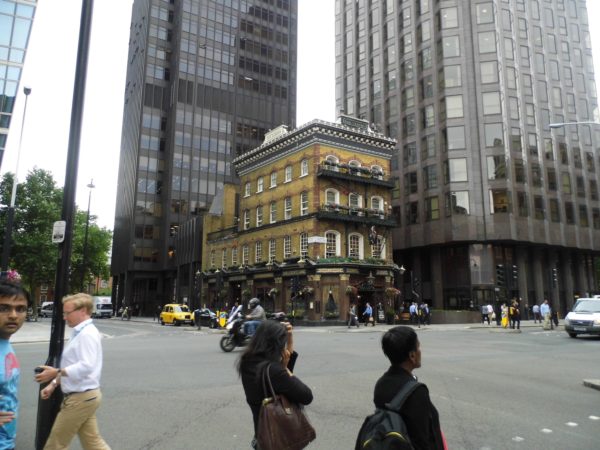 We know that economic change is upon us. It will be driven by two factors: increasing automation and decreasing government, which essentially made itself into one of our bigger industries in the West, distorting the market to near-collapse levels.

At that point, the question arises: what do we do with all of our people to ensure they can make a living? There are three obvious solutions: ignore them and allow natural selection to work it out, subsidize them with the Leftist Universal Basic Income (UBI), or a hybrid which involves rewarding some with new types of careers.

We should first look at the problems of what happens in the most convenient case scenario in which we have neither scarcity of objects nor a lack of money to fund these people. This however will fail because what drives people to work is relative to what they have, and is propelled more by expression of the self than by practical needs, as William Nava writes:

The â€œworkâ€ that wants to be abolished is labor done in pursuit of something else, i.e. not for its own sake. Since we wouldnâ€™t do it for its own sake, this is work that we donâ€™t really want to do.

…To abolish work, you also need to abolish aspirational culture. In other words, you need to abolish the tendency to labor toward perceived progress at the expense of comfort and pleasure.

In other words, what makes work “work” is that it is not done for its own sake, but as a means to an end. In doing so, we also become a means to that end as workers. The Leftist solution is to make everyone a worker so that none may rise above the rest, but in turn, this creates misery by diluting the experience of work into one of tedium and frustration.

The point Nava makes is that if we give everyone comfortable apartments, enough groceries and medical care, they will no longer be content with this minimum. In fact, they will start to view as we today view living in a van down by the river. People will want houses, and if not that, bigger houses and bigger cars.

This is not universal, of course. Some are happy with very little as they pursue the life of the mind or the spirit. The vast majority however will continue as they are today, which is happy with their jobs because (1) they do not know what else they would do to keep themselves occupied, (2) they want to buy lots of new things, and (3) they like the social role and group that it grants them.

In addition, non-material problems arise with this. People who are skilled in leadership will find themselves desiring to be in power the instant they view someone else screwing up. Those who are really good at a specific task will want to take over from others who they see as bungling.

Shortly hierarchy will return and with it competition, and so work will be re-invented. In that sense, there is no escape from work; however, the question remains about whether we can improve work and make it meaningful, recognizing that for most people, jobs of some kind will be what they desire.

The trouble with this is that rich lives require personal growth and development, which is a dialectical process. It only happens through a dance with those major obstacles that compel us to challenge, build, and ultimately transform who we are. Ask any successful (or generally happy) adult, and they will tell you that they owe their success and happiness to the adversities they have had to overcome. The same goes for society at large: social and economic progress result from tons of really not fun sacrifice by millions of individuals. To oppose the unwanted in principle is therefore to oppose growth.

It might sound like Iâ€™m calling suffering a virtue. Why donâ€™t I go all the way? Shouldnâ€™t I be calling for mass torture and abuse, so as to facilitate â€œgrowth and developmentâ€?

On one hand, we have the emptiness of office jobs for most upper-half-of-middle-class people, which is a civilization-ending problem because existential despair drives them crazy.

On the other hand, we have the need for some kind of jobs to give them something to do, because both doing nothing and thus being no one, and having the bare minimum, will enrage these people with another kind of existential craziness.

What would they have done 200 years ago? Most of them would be running independent businesses or farms, but because of the lower cost of living caused by fewer expenditures to government, they would spend more time managing investments and with their families than strictly on work activity.

Think of it this way: if you were out sailing in the middle of the ocean, and suddenly an island the size of England rose from the seabed thanks to a volcanic explosion, you would claim it as an independent nation and move in two million of your friends. One way to maintain order would be to give each person some land, from forty acres at a minimum to the average person, to a few hundred for the promising, to millions of acres for those you want to rule this nation and curate the land they control.

Everyone would have some utility to their land. Some would farm it, others would keep it natural, and still others would use it for industry. The end result would be that each person would have something to do, which gives them both a role and a chance at a source of income above the minimum, represented by the forty acres as subsistence farming.

This shows us a fundamental truth of civilization design. We know that socialism fails because it rewards mediocrity and encourages dependency, as well as fostering a criminal culture of externalizing costs to the social group. However, capitalism itself is not an answer; it is an economic system, and we need also cultural and political functions to our society.

In this case, we are going to have to act against economic currents in order to establish a society which is existentially rewarding so that our people do not die out, and we will need a strong culture and set of values to enforce this, as well as a political structure like aristocracy which will not interrupt society for its own gain as democracy has done.