Drugs Are Winning The War on Drugs in Appalachia 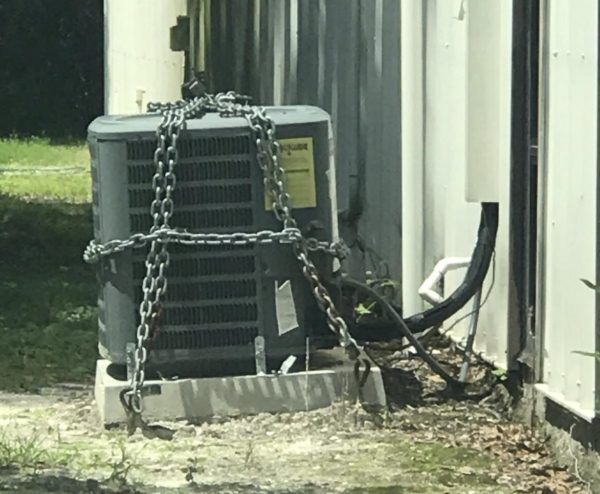 Oh, that war on drugs? The drugs are effectively executing the Von Schlieffen Plan. We’re getting nuked, we’re getting killed. How well is it going? Shannon Sharpe offers us insight.

OK, on a more serious and academic note, it’s about as great as The Great Society. (Yep, Dr. Wile E. Coyote, Supra-Genus tells us it sucks)…

There is no way our government can win The War on Drugs. There is no deus ex machina to pull the lead character here out of Hell. We already fought and struggled in a war like our current War on Drugs. Vietnam. You see, we are fighting a sub rosa opponent with no fixed base, who are covertly supported by large proportions of the indigenous population. An indigenous population that includes some of our children, friends and neighbors. Our doctors are legally prescribing the weapons of our own demise. The pain pill clinics proliferate on more corners than Stringer Bell.

So the drugs will win, but can we possibly make peace? We can, but only if we go full consequentialist, and if we teach people to survive the death of the American opportunity economy. There will be no long-term future for lower class, White males in The Appalachian Region that they do not create for themselves. The liberals and professional minorites cheer when the Nashville morgue overflows from opioid deaths. Seeing these “Pill-Billies” OD makes these people happier than the after work Gin and Tonic.

The Conservatives? National Review has never sounded more like the #SWPL/#SJW choir at Salon and Nation. As Gorbutt, NY dies, the only thing Kevin Williamson left back in the snark arsenal was the sneering “Punt ‘Bama, Punt!” chant.

Not only are the drugs winning in Appalachia; but the entire elite is putting on the fan gear and openly cheering for the opioids. These evil futhermuckers are enjoying their White Tail Redneck Shoot. So what do? Appalachia needs to go back to the old ways. They need to read their own Foxfire Books. Not just the one about brewing up the hooch. People like Stephen Clay McGehee need to be the mentors for Appalachian America. They are hated for being White and targeted for elimination. You beat that by going WGTOW.

If you go to the outer suburbs here, every other house seems to be subsidized to some degree by reselling products on eBay or other internet work. The kids who mow the lawn are paid in canned food. A guy down the street swaps homebrew beer and tobacco for raw materials to make more. The carpenter takes labor in kind in trade, or goods, and just acquired a used car cheap this way. Look at their 1040s. Every single one includes a home-based business that generates massive deductions, if they even bother to file one. The end result is that these people have converted themselves from tax cash cows into tax-eaters. They buy almost nothing new, and are fixing those old gadgets, cars, heaters, air conditioners and water heaters, especially since the old ones work better anyway.

And those who don’t adapt and overcome? They need to fail and learn. It will not be the great culling. When Darwin strikes one he teaches one hundred. Those who can will become the model for those who can only do meth. Or, those who can only do meth will burn out and no longer burden the new generation of pioneers. This is tragic; but nobody wants these people to exist anymore. They either do it for themselves or they die. The first step to political rape prevention is the fundamental realization that you are getting screwed. Then we move forward to separation. Freedom of Association combined with independent self-generation is the only antidote to the hatred. Taking opioids to be comfortably numb will not make the Grim Reaper turn away.