Dot-Com 3.0 Empires Revealed To Be Inept And Declining 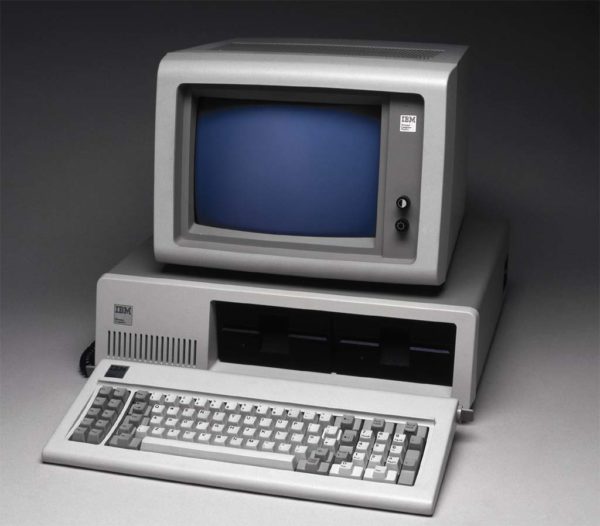 The personal computer age really kicked off in the mid-1980s when the machine became both affordable and effective for everyday tasks with the rise of programs like WordPerfect, Lotus 1-2-3 and dBase. In 1987, the internet opened up to commercial use, but it was only in the early 1990s when graphical operating systems became fast and complete enough that it started to take off.

In the mid 1990s, the Dot-Com 1.0 boom/bust bubble began, with a few salty entrepreneurs launching websites of a dubious nature with no real business model. It was unclear where the money would come from, other than selling tshirts and mugs. In the late 1990s, Google standardized the search engine and advertising format, and shortly afterward, the Dot-Com 1.0 bubble burst.

After a few years of digital recession, the market kicked back into play with Dot-Com 2.0, which introduced the idea of web applications instead of sites, meaning that just about everything was executed through interpreted languages and web sites acted more like programs on your home computer. This revolution fizzled more than busted, but was lagging by the mid-2000s.

In 2007, the Dot-Com 3.0 revolution launched with Web 2.0 application-style sites mated to new mobile technology and social media, introducing a new approach: content was no longer as important as interaction with other people. For the last decade, this market has been kicking around and has produced a few huge winners while everyone else follows their lead.

It owes its longevity to a simple reason: it controls the narrative. Like big media before it, the Dot-Com 3.0 world quickly took over how most people find news and as a result shapes their understand of the issues. As a result, the bursting of the Dot-Com 3.0 bubble has lagged but, as tech companies reveal their alliance with globalist interests, people no longer see the internet as a Wild West where the truth can be found, but another “managed garden” for giant monopolistic corporations.

Now the quest appears to take down these large monopolies, and simultaneously, to figure out what will replace them. For the latter, some have proposed nationalizing social media and search so that they are treated like utilities, while others hope for new market-based solutions. But for the former, competition is heating up.

Leaping into the fray comes a new breed of critic with a new approach to criticism:

â€œI think people are understanding just how poorly structured these institutions are, how sloppily they were built,â€ Lynn tells The Hill. â€œItâ€™s not just a matter of the fact that these people have too much power, itâ€™s also that they are sloppy in the use of their power.â€

…â€œPerhaps the most pressing thing of all is that Google, Facebook and to certain degrees also Amazon have captured the flow of information and ideas between citizen and citizen,â€ Lynn said.

â€œOur ability to communicate freely with one another in this country, which is the primary basis for being able to protect our democracy, is now threatened in very real ways today,â€ he added. â€œThis is not a theoretical threat; this is a threat that exists today.â€

When our communications occur in private spaces, they can be regulated by the companies that own those spaces, which is why many are calling for the nationalization of social media. But what about when Google deprecates conservative search results or outright blocks them? What happens if Amazon starts removing Right-wing books? We know they want to, so it is only a matter of time until they do.

These large companies admit they have such filters in place. The only problem is that, while they are excellent at removing conservative and un-PC search results, they are less adept at filtering out mostly contrafactual and speculative “news” which has a negative effect when most people rely on social media for news:

In the crucial early hours after the Las Vegas mass shooting, it happened again: Hoaxes, completely unverified rumors, failed witch hunts, and blatant falsehoods spread across the internet. But they did not do so by themselves: They used the infrastructure that Google and Facebook and YouTube have built to achieve wide distribution. These companies are the most powerful information gatekeepers that the world has ever known, and yet they refuse to take responsibility for their active role in damaging the quality of information reaching the public.

Criticizing their search results will only give these companies more leeway to filter out sites that disagree with the mainstream narrative, and soon the internet will be as controlled as television was back in the 1960s when you had three VHF channels and another two fuzzy UHF ones to give you a viewport on the world.

Leftists Want to Keep the Term “Hate Speech” Ambiguous | Another Myth Dies: American Indians Were Not Given Smallpox-Infected Blankets