Don’t Trust Anyone Who Takes a Paycheck 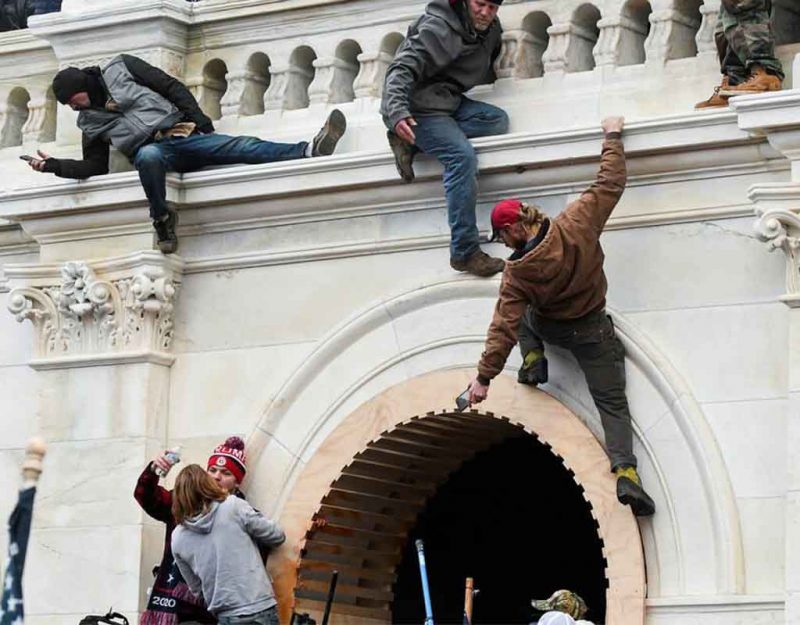 Long ago I pointed out a truth, and a few years later Mencius Moldbug came up with a word for it, “demotism,” which referred to anything chosen by the demos or plurality of the population.

In my view, mass rule was a beast with three heads — purchasing, voting, and social approval — which always went the same way, toward a constantly descending lowest common denominator:

Modern society is based on a greed empowered by individualism, or the placing of the individual above all else; this is the result of underconfidence on the part of a large number of our people, and their political empowerment allowing them to misappropriate resources to ensure individualism takes precedence over any other thought or value. Consumerism, democracy, and media/popularity are the means by which we make decisions.

Demotism describes utilitarianism: whatever the most people think will make them happy is decided as our course of action. This can happen through purchasing, which through the magic of economics forms a type of vote for what products and services endure, voting itself, and social popularity, or what people talk about in the pubs and therefore, the standard to which media adapts itself.

In one article, I described demotism as utilitarianism and materialism:

Materialism is the essence of every destructive action taken by humanity, even though most who practice it would have no knowledge of it by that name. Most people, being well-meaning but misinformed and physically unable to undergo the cognitive process of holistic vision, drift toward materialistic ideas and strive toward what gives them personal physical comfort and wealth. In the modern time, materialism manifests itself in three primary fronts:

Commerce is the picking of the most popular product; oversocialization the organization of society according to who is most popular (usually he who promises alcohol, sex, and money); democracy is leadership not by what is right but what is popular. Materialism encourages the individual to think only of their own preference, and to limit thought at that which directly impacts individual comfort, and thus is blind to thinking for the whole of humankind and environment. When one thinks on that level, self-interest replaces finding the right answer according to the structure of the external world, and humans become solipsistic. Further, because materialism is an opposite to idealism, it causes the Crowd to gather and tear down whatever idealists dare rise among them. Only such a misinformed and dysfunctional thought process explains humanity’s ongoing attempted genocide of its environment, its contentment to labor in horrifically boring jobs, its seeming satisfaction with petty interpersonal strife and a lack of reverence toward humans and other life forms alike, and its reliance on a world of illusion whose empty values render individual souls empty, causing neurosis and anomie at all levels of existence.

I have been ranting about this since the 1990s mainly because, historically, The Enlightenment™ was the triumph of individualism and egalitarian society came out of that. Modernity is based on individualism.

This means that to people who want to understand how and why things work, the essential detail about egalitarianism is that it is individualism, tied closely to utilitarianism and materialism, or a rejection of any order higher than the individual.

Once we identify the method that is killing us as egalitarianism, and the motivation behind it as individualism, it becomes easier to process: we oppose a mental virus that will destroy us in order to perpetuate itself.

This also means that those who want to conserve a society cannot be egalitarian at all, but that most people will want them to be egalitarians, since that means we have no need to change what we are doing, just to make it more “conservative” with free markets, Jesus, and patriotism.

Cope markets, or audiences for information that says we do not need to fundamentally change and can make the system work with minor tweaks, are untrustworthy for the same reason that pop music is.

This is simple information designed to over-simplify a complex problem and deliver assurances that no one really needs to change. This means that the audience shapes the information that is presented.

You will not find a Beethoven symphony in pop music, nor are you going to find logical thinking in politics, simply because there is no money in either. Pop culture demands simplistic easy answers that do not involve actual change.

This means that you cannot trust anyone on the Right who is making money from offering opinions that are popular, even if they are on the “underground” Dissident Right.

If someone is making a great deal of money, or even getting lots of views on the Dissident Right, it is because they are offering some cope that appeals to a wide number of people because it demands little change.

Some like the Nazi-cope, which basically amounts to “stockpile weapons and prepare for the Great Race War someday.” I have observed these people over the last thirty years; the race war never comes, but they buy lots of memorabilia and a big business.

Others love the Jesus-cope, which states that the world needs to convert to Christianity and then all will be well, even as our cultures disappear and we are genetically replaced.

For a bonus: these Benedict Option Christian copers want to establish a “parallel economy” which basically means you buy all of your stuff from Right-wing grifters, and work extra hard at your job so you can pay those Leftist taxes.

Ever wonder why the Right and the Left get along so well together? The taxes from the conservatives fund the programs of the Left, and the conservatives keep doing it to signal to their social group that they believe in good conservative values like Jesus, hard work, patriotism, and buying stuff with whatever is left over from paying all those taxes.

Some others have found libertarian-cope. This is the imperfect understanding of economics that says that if we get most of government out of the way, we will have a new paradise where each person can have their own domain, forgetting that whatever is valuable will be seized by the mob the minute they make the cops a better off.

The con artists make good money by selling you half-truths that require you do one simple thing but otherwise avoid changing your life. Wait for Jesus, race war, or the dawning of the supply-demand curve, but either way, you will do nothing while you keep going to work, consuming, and paying those taxes.

Don’t trust anyone who takes a paycheck. The only decent voices are dissident outsiders like Donald Trump, Bruce Charlton, Steve Bannon, and Varg Vikernes who get their funding from other sources and have no financial incentive to sell you a pleasant but fatally paralytic dream.

How I Predicted the Rittenhouse Trial Outcome | Another Exciting Diversity Attack