Do Not Trust The “Suicide Of The Left” Trope

by Jonathan Peter Wilkinson on August 2, 2018 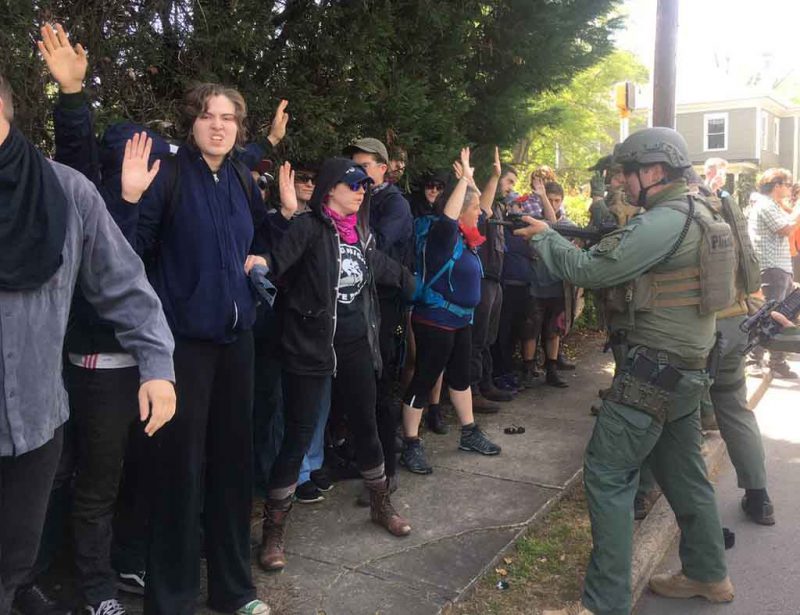 Anything that makes a Cuckservative happy is a threat to your well-being. When they all form the Cuck Circle of Jerks and clap like the adorable trained seals that they are, both The Walrus and The Carpenter are about to declare it time to talk of other things. Yes, the Left has trained them well. As they ululate; Chthulu stays silent, silently swimming to the Left. Ever swimming to the Left.

Of what Cuck do I disapprovingly speak? Witness the predictable flap from the Cuckservative sphincters over at The Federalist.com.

In other words, the executive board of the California Democratic Party has rejected Feinstein in favor of a Bernie Sanders-style Democrat who doesn’t appear to be very popular with California voters. De León won only 12 percent of the primary vote to Feinstein’s 44 percent, but thanks to California’s open primary system he will face Feinstein again in November’s general election with the party’s official backing. The endorsement of de León, despite Feinstein winning 70 percent of Democratic primary voters and carrying every county by double digits, is emblematic of how the Democratic Party is being pushed ever leftward by its base—electoral consequences be damned.

It is here where Cuckalred The Unready reaches peak stupidity. Due to the California’s Jungle Primary, there is no Conservative on the ballot, because there were no Conservatives in that electorate. Endorsing De Leon was a no-brainer. They still have Di-Fi as a fallback. Chthulu loses nothing beyond an open swimming channel should Feinstein win as the “Conservative Challenger.” She still remains The Rottweiler Queen of Anti-2nd Amendment Federal legislation. It would sure be a sick burnnn if the poor Dems got stuck with Diane Feinstein. Dank memes, man. Dank fuggin’ memes!

But this is just part of ¡Muh Extremism! that will totally propel Conservative Victory.

Former Hillary Clinton spokesman Brian Fallon, who also worked for Senate Minority Leader Chuck Schumer, “is adopting tactics normally associated with the party’s far-left activists,” writes Kraushaar. After lashing out at Sen. Tim Kaine for having the temerity to have questions about Kavanaugh’s judicial philosophy, Fallon called for any law professor or lawyer who praises Kavanaugh to be banned from serving in a future Democratic administration. Kavanaugh is a thoroughly conventional pick for the Supreme Court, whom no serious person would claim isn’t qualified for the position. But Democrats are not prone to seriousness these days.

First of all, Cuckalred, Brian [[[ Fallon’s ]]] tactics are exactly like the tactics used by Amanda Carpenter, Matt Walsh and Erik Erickson in the last GOP Primary. It didn’t stop Trump from going all the way to Pennsylvania Avenue.

Thus, when these same pathetic, Cucksurgent NeverTrumpers tell us Alexandra Ocasio-Cortez is crazy and unfit for office, I remember how #FemaleCaligula was maybe 125,000 strategically located votes away from victory. Cuckalred assures us that all is well and the vikings will not be landing on the coast.

That’s why Democrats are increasingly placing bets on candidates like Ocasio-Cortez and calling for purges within their own ranks. Maybe it’s a brilliant strategy that will work out for them, but right now it looks like self-destruction.

Meanwhile, Ocasio-Cortez has this crazy mantra. “I smoked this race,” Ocasio-Cortez says. “I didn’t edge anybody out. I dominated. And I am going to own that.” Total battiness. Like any other Type A Personality. They say all sorts of crazy things like that. Before they defeat you. Leave you for dead. Desecrate your body and eat your filthy intestines for a mid-morning snack. Alexandra Ocasio-Cortez does not require the slightest clue to turn into an absolute power-sucking nightmare.

I remember back when I was deluded enough to still break bread with Cuckalred and his cucked cuckrades. I was trying to warn them about this crazy guy who was just cranking up in the GOP Primaries.

There was that time Jesse Ventura ran for Governor of Minnesota. We all laughed at Jesse. His candidacy was a joke. It was so funny Ventura got elected.

Luckily, they didn’t listen to me any more than you guys probably do. They haven’t even bought a clue after having their #NeverTrump noses rubbed in the fine Dog Faeces Puree. Some guy explained to this circle of jerks why they were about to lose again to Barack Obama back in 2011.

The GOP is back where we were in William F. Buckley’s heyday. We are standing athwart an evil history, desperately yelling “Stop!” No matter how logical and accurate an observation it may be, nobody really wants to be informed that they won’t be going to heaven without having to die first. That precise lie is what Barack Obama, the Political Gnostic, promises them. Can we get something for nothing? “Yes.We.Can!” As long as people still believe that fallacy, Barack Obama is almost a shoo-in for his 2nd term. God save our American Republic.

Leftists Encourage “Fundamental Transformation” Of America And Europe | We Should Take The Notion Of Race War Seriously, Because It Would Be Really Bad