Do not take advice from your enemies 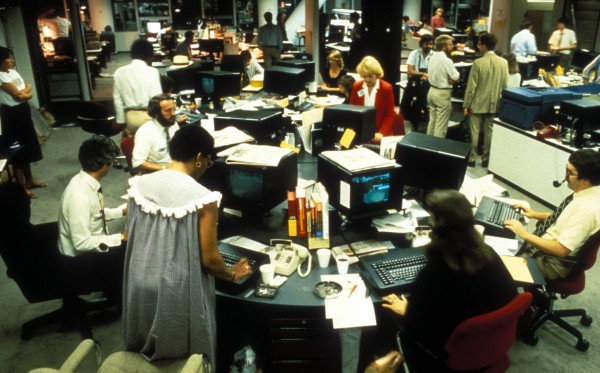 Every election season, liberal publications specialize in a new genre of fiction: concern-trolling the right-wing.

These articles always take the form of “friendly advice” that is actually completely destructive, as is the nature of deceptive ideologies like liberalism to offer.

To write one of these pieces, simply figure out what will make your enemy successful — and then advise against it. If he needs to water his crops, convince him that the crops need more sun and that water spray (like the kind in irrigation) will block that sun.

The following piece is typical of the genre:

Letâ€™s look at some ways that the Republican Party can become relevant as the Baby Boomers hand off the future to a new generation of engaged voters.

1) It needs to stop being viewed as staunchly conservative
2) Stop swimming against the tides of history on LGBT rights
3) Stop alienating Latino voters
4) Apply your big government ideology consistently, such as with the prison-industrial complex
5) Donâ€™t settle for mediocrity

Notice how cleverly he adds a generic fifth item. This is universal advice; it never goes wrong. It fits in with always keep your shoes tied and “buy low, sell high” as far as throwaway commentary goes. The writer puts it in there to hide the first four, which are “Don’t be conservative” followed by a list of liberal policies he would like conservatives to support.

It is amazing that anyone would actually read this crap, let alone take it seriously. But from my observation, liberalism attracts its most fervent defenders from among those who might be classed as clever but not smart and certainly not genius. These are people at the high end of the middle of the IQ curve, not the high end of the curve itself. They are trying to prove how smart they are so that they can rise above others and Be Important in this society.

In the meantime, all of the interesting and thoughtful critics are pushed to the margins because they do not dumb it down enough to make not-quite-smart people feel so-very-smart.

For those who can still possess a functional thought, it becomes clear that the right should have one agenda approaching the 2016 election: to remove the illegal and corrupt means by which Democrats remain in power.

Those are: first, a federal government based on ideology and not as an infrastructure for a culture that knows its own values; second, a constant flood of immigrants and bennie babies who always vote leftist; and finally, vast media and regulatory systems that provide constant employment and titles for good card-carrying leftists.

Leftists have created large government so that it has an ideological agenda of equality, and can use that to justify cutting itself a blank check for power and money. Conservatives should take that out. Get rid of the war on poverty, inequality and discrimination. Replace it with libertarian-style functioning capitalism, strong defense, and infrastructure/R&D investment (including space exploration).

The proposed Republican budget comes close to that goal, but falls short. It also leaves intact too much of the vast network of regulatory agencies who have corresponding civilian companies that thrive by interpreting these agencies and shepherding clients through the process of working with them.

And when do conservatives finally find a way to tax the media at an appropriate rate? We have no problem taxing the poor at 300% rates on their cigarettes, alcohol and payday loans, but everyone shudders at the idea of taxing the press. “But muh freedumb of speech –” No. Your freedom of speech is in fact stronger if it is not crowded out by a media industry. Conservatives should obliterate mass media by any means necessary.

You will not find this advice anywhere in a left-leaning publication however. Their advice is poison; its intent is to weaken conservatives, and they repeat it while bobbing their heads like turkeys, doing their best to use group agreement to cow us into following a path to our own suicide. This is standard liberal behavior, and should surprise no one.