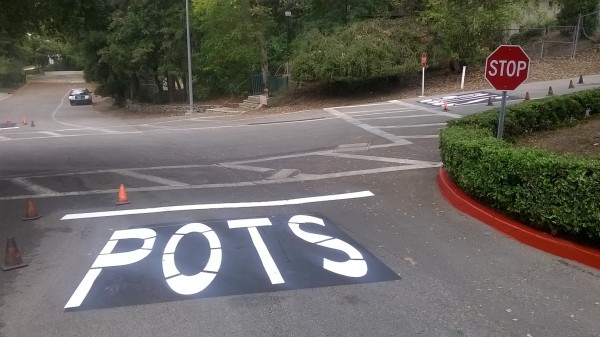 Very few people understand the conservative argument for “small government.” It takes this basic form: reduce government so that it no longer has an ideological goal, but acts only as a support/defense infrastructure for culture.

When government gets an ideological mandate, such as “enforce equality,” it becomes a self-guiding perpetually expanding entity with a blank check from the voters to do whatever it wants so long as it can justify those acts under the broad umbrella of its ideological objectives.

The same things that liberals feared with the government regarding terrorism — that fear of terror would be used to justify any number of intrusive acts — are also true of government objectives like civil rights, anti-poverty, gender equality, wealth redistribution and anti-discrimination. All of them create that blank check and make government grow like a tumor.

Odd as it seems, the point is not size of government per se, but size of government reach. In other words, if government focuses on defense, roads and space exploration, it presents no threat because it has a finite goal that does not submit to mission creep. How do you justify having military police in every city in the name of space exploration? (Actually, I am sorry I asked: bureaucrats have probably dispatched a fact-finding commission to find a way.)

If the citizens of a nation are so foolish as to give government an open mandate to do anything it can to achieve an ideological goal, they have opened the gates. Ideology reflects what people feel should be, not what is. There is no check for success in that feedback loop because it is based exclusively on feelings. Thus when ideological programs fail, the answer is to try even harder with the same idea. If the programs succeed, they are used to justify new objectives which are simply expanded versions of the old.

Imagine a department in your workplace. The owners decide that it is essential to be inclusive to fifth-dimensional beings. This requires redesigning the building to have M.C. Escher style recursive staircases, and to rethink the concept of “rooms” entirely. Ordinary people require velcro to stick to the ceilings because up is no longer up and down is no longer down. All drinks and food must be in paste form. Harmful parts of the color spectrum, and the light spectrum, must be filtered, requiring ordinary people to wear 3D glasses with one red and one blue lens each. Since fifth-dimensional beings do not experience time as we do, the office runs on a 24-hour rolling schedule and measures those hours in radians. Soon every aspect of the office has been entirely re-dedicated to first figuring out how to accommodate the fifth-dimensional beings, and only second (and optionally, if the first is not accomplished) act out its normal role. Quality and productivity plummet but management sees this as resistance to its grand plan, and doubles down on punishing those who do not comply. In five years, the only people left in the office are those who are good at one thing: making a comfortable environment for fifth-dimensional beings. Everyone else has been fired or fled.

The same has happened to American government, following in the footsteps of other governments. Let us look at the Soviet Union and Nazi Germany. In the former case, ideology supplanted reality and made the nation unable to feed itself. In the latter, a fascination with Jews and racial purity led the nation toward military and political disaster. The problem in both cases was that a single principle took over from the multiple principles of quality government. Ideology tends toward a single principle because its goal is to focus people on one thing and have them hammer at it until they force it on others. This is why ideology is so devastatingly effective. Non-ideological governments, called “conservative” now, focus on multiple methods of achieving what is known as health, or a society that aims toward the excellent and has happy residents as a result.

When ideology takes over government, the bureaucracy swells and becomes self-important, and starts to view any criticism as treason. It then purges those critics and, more importantly, rewards only those who achieve ideology-first and reality-second. This drives away anyone who might know better. Like many human failures, this path to death is driven by our own inability to see the obvious because we have re-trained our minds on a single focus. When conservatives say they want small government, what they mean is to remove ideology from government and instead focus on real-world activities that create health, which are generally best administered by culture and natural selection while government takes care of defense, roads and space exploration.

Bring back WASP rule | Leftists conceal their agenda behind accusations