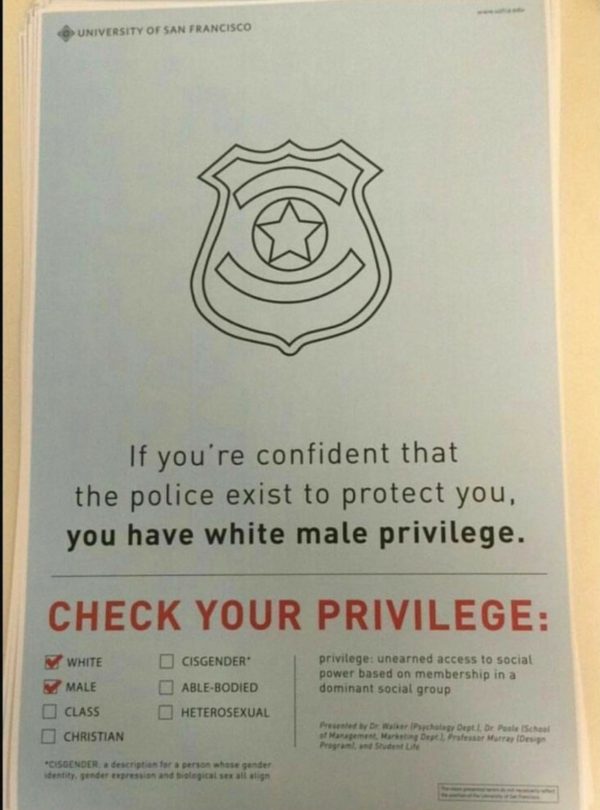 The average voter does not understand cause and effect. For this reason, crises seem to them to pop up out of thin air, and solutions involve making rules about what is acceptable. Naturally this fails and the problem begins again, with no diagnosis ever of the actual causes.

Consider the crisis of modern education as seen in Canada:

Since graduating last year,Â McCrave has applied for 250 engineering jobs, but he’s only had four interviews and noÂ job offer.

McCrave isn’t alone.Â More than 12 per cent of Canadians between the ages of 15 and 24Â are unemployed andÂ more than a quarter are underemployed, meaning they have degrees but end up in jobs that don’t require them.

The latest numbers from Statistics Canada show that the unemployment rate for 15-to-24-year-oldsÂ is almost twice that of the general population.

These sound like clichés because people have been complaining about this tendency of modern “education” for some time. However, stereotypes are often true as are many clichés because they reveal something that our society seems unable to change that nonetheless irks. It just took a few decades to collapse.

First, since high school kids declined in ability, colleges converted the first two years of their coursework into being mostly remedial. This probably happened in the 1970s, and so it became necessary to have an advanced degree to get anywhere. However, a college degree still seemed to hold weight, until Political Correctness hit in the late 1980s.

At that point, the remaining collegiate part of education was dumbed down to include all those new protected groups. Not everyone can think, so thinking was out… tasks became rote, more memorization and research than thinking. Grades became inflated, especially if politically important topics were mentioned. And so, a college degree became worthless for Generation X.

This meant that higher degrees were required, and that in turn increased the number of people willing to do anything to get an advanced degree. As a result, schools expanded to hand out more of these degrees, resulting in a need to democratize post-collegiate education. Graduate school got a lot easier, but only a few kids — at the top of the class — came out on top.

Now industry has caught up with the full democratization of college. A high school diploma meant little more than that the recipient was an obedient memorizer; now a college degree meant the same. As a result, doors started to open with post-collegiate degrees, but then treated the first few years of work (“entry-level”) as an apprenticeship.

This means that students are getting a start in life at age thirty as opposed to age twenty-two, and because so many people are over-qualified, jobs are hiring five people to do the work of one, paying everyone less, and promoting very few people to a decent wage. This means that most kids Gen X and beyond could expect to struggle for peanuts until they were forty.

Not surprisingly, many of them have dropped out and accepted do-nothing mediocre jobs instead because that way, they can avoid spending years of their lives on time-consuming but unproductive behavior. The intelligent are the most penalized, since for them the ersatz coursework is the most tedious and pointless.

Democratization of education has now reached all levels of our “education” system, such that there is high pressure to force success on low-IQ and low-motivation students, resulting in scandals as teachers cheat the standardized tests:

Prosecutors alleged that Hall had run a â€œcorruptâ€ organization that used test scores to financially reward and punish teachers. The extent of the test-cheating scandals around the country remains unknown because they are hard to find and prove.

…No Child Left Behind, President George W. Bushâ€™s chief education initiative, and then Race to the Top, President Obamaâ€™s central education program, placed increasingly high stakes on standardized test scores. They had to go up, or else there would be negative consequences not just for students but schools and teachers and principals. Such testing mandates were coupled with a â€œno excuseâ€ management push by school reformers who said teachers had, well, no excuse not to raise their studentsâ€™ test scores. Not sick or hungry students, not a lack of materials, not overcrowded classrooms. Obamaâ€™s Race to the Top initiative â€” which pit states against each other in competing for federal funds in exchange for implementing specific school reforms â€” linked student test scores to teacher evaluations and pay.

At some point, some schools began reporting test scores jumping high in just a year, though later, these â€œmiraclesâ€ did not stand up to scrutiny.

Why are standardized tests popular? They are meritocratic, meaning that everyone is given an equal opportunity to memorize enough stuff to do really well on them. No one is rewarded for intelligence or the ability to think deeply, but anyone can become a superstar by devoting all of their time to memorization and gaming the test.

In this way, the politicians can turn to the dumb voters — who demand equality at every turn — and claim that the problem is being solved. Even if Johnny is dumb as bricks and perceptive as a mushroom, he can succeed by just spending those extra hours… weeknights, weekends and other free time he might need to mature like a normal person… on memorizing and conforming.

Because people need jobs, the democratization has extended to entry tests for public service, which means that we must dumb those down, too, so that they are also democratic:

New York education officials are poised to scrap a test designed to measure the reading and writing skills of people trying to become teachers, in part because an outsized percentage of black and Hispanic candidates were failing it.

…The literacy test was among four assessments introduced in the 2013-2014 school year as part of an effort to raise the level of elementary and secondary school teaching in the state.

…But the literacy test raised alarms from the beginning because just 46 percent of Hispanic test takers and 41 percent of black test takers passed it on the first try, compared with 64 percent of white candidates.

In typical democratic inversion, the test designed to raise quality is instead made to certify low quality, which means that teachers who can barely read and write are instructing children in the same, which does nothing but damage those who could learn so that those who cannot can feel equal too.

This is happening all across the West, at every level of profession, as we see from this appalling example from the UK:

New Transport for London rules include a requirement that drivers complete a Â£180 written essay and speaking test to gain a licence to work in the capital from September.

…But opponents have claimed it would lead to indirect racial discrimination as many drivers were immigrants, as well as putting around 30,000 jobs at risk.

Democratic thinking always prioritizes universal inclusion, or egalitarianism, over competence. As a result, standards decline and institutions fail. This is a form of soft corruption that then spreads like a wave through the rest of civilization, punishing the competent and defending the incompetent.

The markets react by being skeptical about new hires and paying them less, then keeping only the most devoted. The end result is that you must give much more of your time in order to just rise above the minimum, and this in turn alienates people by keeping them immature as they never have time to develop intellectually, morally and socially until later in life.

Once upon a time, STEM education was a safe bet. The idea was that becoming competent as necessary skills guaranteed employment. Instead, through the democratization process, it has now become a way to join a mass herd in which only a few will be winners, and the rest will merely be profit centers for those selling education by the pound.