Conversation with a postmodern hippie 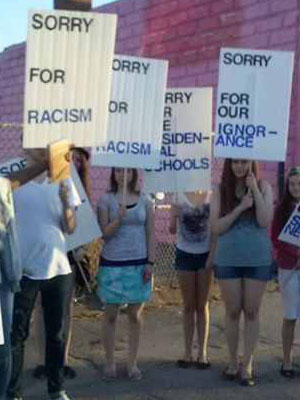 So I was in this city diner, flat-footed and with nothing to do while I waited for things to happen.

He sat down next to me, which was the only place away from the really old guys in the joint, and ordered himself some greasy plate. I could smell the cigarettes and Nag Champa roll off him. It’s what they burn, the hip types, to hide the smell of what might be going on, or hide that nothing is.

With his hair falling in his face, he ate without making eye contact, but he kept watching us. It wasn’t the paranoid type of watch. It was like a kid poking his Dad. Feel that yet? How about that? Mad yet?

I suppose his costume was designed to provoke unfashionable outrage. He had shoes, of the nearly invisible sandal type. A broad cloth brightly colored shirt that screamed a paraphrase of Potemkin peasant life. Jeans, with obligatory holes positioned like jaunty eyes and smile. A necklace of beads that was cleaner than anything else on him.

To him, I must have looked like an old guy. Not in my 20s, not trying to pretend that I am either. Functional clothes. No cover story, no hip lines, no paraphernalia. A human being without justification and without concealment. In a word, boring. An easy target.

Having just completed several days of negotiation on a lengthy project that involved us installing one thing to please the client, and another to please the shareholders, then billing the latter as some kind of “upgrade” to the former, I knew the value of silence. Silence is gravity. Noise interrupts gravity, makes the world flutter around the listener, and they feel safe. It’s like camouflage, hiding in the brush. Silence means you don’t know where the predator is and whether or not it has a bead on you.

Finally he broke. Explosively, he said, “Pass the salt.” This was not a query. I gave him the old guy eye, then picked up the salt and put it gently next to him. “T’n’u,” he said so quickly I thought it was a foreign language.

“Does it bother you that I’m here?”

“What, that my lifestyle is bad?”

“No, just that it leads not to what you think it will.”

“That I smoke a boatload of sinsemilla?”

“No, but that you think it matters.”

“What is it then, old man? That I believe things that make you seem old and waiting to die? That you’re stuck in the past, believing in ideas as stale as history itself?”

He gave me a list, starting with corporations and ending with gay marriage.

“Don’t forget making pot illegal,” I said. “So what do you believe?”

He gave me a list, starting with civil rights and ending with gay marriage, and legal pot.

“But you know,” I said, “Those ideas weren’t new then. Even in the 1930s, there were a lot of people who felt that way.” I told him about the Cambridge Five and how trendy it was to be an intellectual Socialist back then.

“Oh, and even before then,” I said. “Around the turn of the century, you had Bohemians and artists raging all over the Continent, being different. And anarchists in the 1920s. In 1917, they took over in Russia, and they wanted all those things you do.”

I laughed. “New ideas. Shit, those ideas ain’t even close to new. Try back in 1789, when the French Revolution happened. Liberty, egalite, fraternity. No borders. Women in uniform. Support the rainbow folk, and all that. And even then it wasn’t new.”

“They were gabbing about that crap back in the Enlightenment,” I said. “They didn’t take it as far, but they hinted they could. And even before then, back when Rome fell, it was very trendy to think those things. And in cosmopolitan Greece, before they fell off the radar, they wanted every one of those things too. And in Babylon. And ancient Angkor Wat.”

“All the same,” I continued. “Because these things aren’t ideas. They’re imprints in reverse. You took what a healthy society would have, you turned it inside out, you claim it’s new and that we should do it or we’re assholes, and now you think you’ve got something on me because you believe these ‘new’ ideas.”

“Let me tell you something,” I said. “I don’t resent you. I don’t pity you, because only assholes pity people. But I know you’re wrong. Not think, know. I read history, I know human beings have never changed, and people have tried every damn thing you’re doing right now, all before. All failed. How do I know? If it worked, shoot, we’d never hear the end of it. There’d be whole Bibles, and Aeneids, and Kalevalas and Mahabaratas dedicated to your new way of doing things.”

But there ain’t, the silence said.

“No,” I said. “I wish I could give you what I know. Years of my life were wasted by lies of all kinds. Some lies were simple stupid ones, like ‘Buy a BMW and do a ream of cocaine, and you’ll feel like God!’ It doesn’t work that way. Others are just big lies, like the stuff they told you.”

“And look,” I said. “I was your age once. For me then ideas were conversation. Fashion. Flattery. A way to make girlies think I was more special than the other guys of average height and average prospects. Something to talk about, since we didn’t know spit about the real world and we couldn’t admit it but we knew that.”

He shrugged. “Way to make it personal, dude.”

“You’re mistaken,” I said. “It’s not personal. It’s about the universe, which is many things that it does not seem to be, and very few that it does, but it’s one thing above all else: consistent. It does the same thing each time you do the same thing.”

“This ain’t personal,” I said, getting up. “This is about one dude in a lonely existence passing on some knowledge to another. Forget me, I wasn’t even here. Remember what I said, because every bit of it cost me blood, guts, pain and tears.”

I left him with his hashbrowns and resentment. The other old guys nodded. They had a mission: be silent. Be silent as the grave. Don’t give him something to lash out at. Put him in solitary confinement with his soul, and let him figure it out.

I hope he does.

Civilizations make rules, and rules are inferior to goals | The death within