Civilizations make rules, and rules are inferior to goals 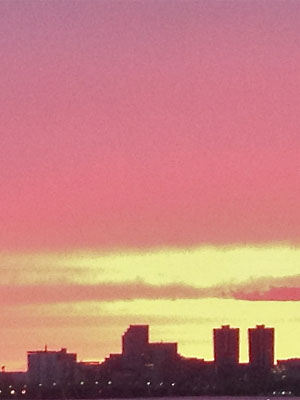 Conservatives see civilization as a collaborative goal, not a series of institutions. To us, civilization is not roads, government, corporations, etc. but the moral decisions and corresponding values made by a group of people that constitute their identity.

This is the mentality you would expect from someone who can make a civilization. Those people are fewer than one percent of any population, mainly because most people are so narcissistic that they make constantly delusional decisions. They are oblivious to the real questions of life.

Liberals easily confuse conservatives’ wariness about civilization for some kind of pseudo-anarchism or individualism. Neither of those are accurate. Instead, conservatives see civilization as being made up of individuals making moral decisions, not equal people-shaped robots who are regulated by rules.

Rules irritate conservatives. We like to have few of them, and to have them be streamlined and obvious so that people can remember them and derive them from basic principles. We do not like vast reams of regulations because these seem to only hamper growth, change, thought, etc.

Conservatives don’t go far enough. The entire concept of a rule-based civilization is nonsense. First, it removes the need that people actually agree and put active investment of energy into figuring out values and upholding them. They defer to written books and social institutions.

Second, rules put the onus of interpretation on the civilization’s leaders. It becomes their job to think of every possible way people can screw up, and ban them all. However, this Goedelian job is completely impossible, and this creates a mess of interlocking rules that encourage the miscreants to flout them and run free.

Finally, every rule creates a line that says “anything up until this conduct is acceptable.” This means that people immediately find a way to game those rules, and to profit off of their vagueness and the margins in their limitations.

A better solution is to have goals. Goals are not based on negative limits, but on positive achievement. If our goal is to have a civilization, we need to look at every act and say, “Did that get us closer to having a civilization?”

With this type of system, the onus of interpretation is on the individual. How will my act be seen? Well, guess I’d better measure that by effect and consequences, not by my intention or its social significance. At that point, mental health begins.

Even further, it keeps people oriented toward purpose in their lives. There is never a circular non-purpose; there is always a point and a direction. Life is an adventure, a quest. It is not the hubris of people who assume that because they are conscious, they are the goal of life itself.

A true conservative civilization might not have a government at all. It might not have any written rules. What it will have, however, is people who can independently interpret principles which are unique to it and define it. It will take its stand and come what may.

This not only works better, but is infinitely more satisfying than a society of details unrelated to any actual purpose except assuaging our fear by having a giant institutional complex which claims it’s looking out for our best interests.

Civilization consumes itself out of resentment | Conversation with a postmodern hippie