Conservatives Need To Learn To Stop Getting Trolled 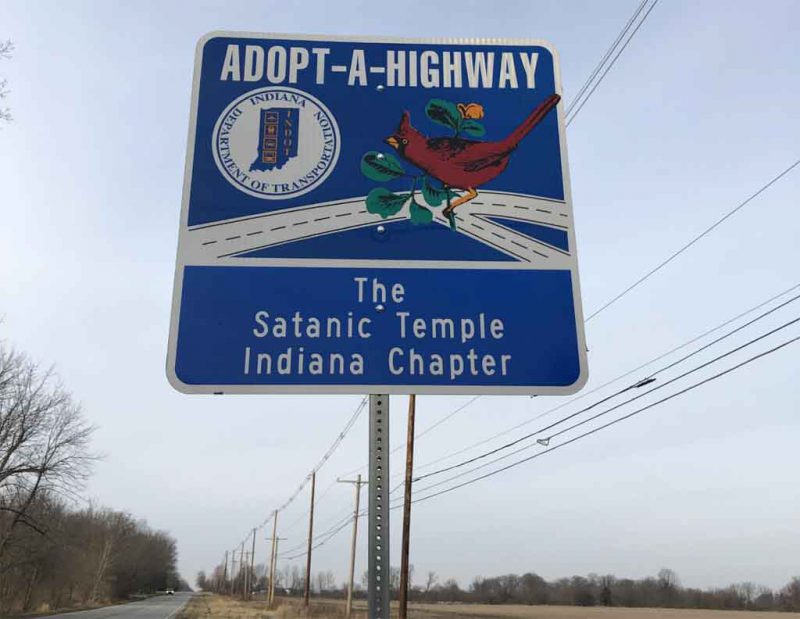 Most of us in my generation ran like the wind away from conservatism because in our experience, the stupid party always lost and tended to take the dumbest, most bloated and calcified, or least functional stances that it could.

For example, growing up in the 1980s, we saw conservatives mostly trying to ban things in order to protect Christianity. They wanted abortion dead. They wanted us to fight the Soviets! At the same time, they wanted us to do it through a concoction of “freedom,” the flag, long Gordon Gekko style hours at work, consumerism that left behind full landfills and empty hearts, and the type of blockhead Christianity that came out of a tent revival and not a healthy, growing civilization.

These conservatives had their constituency and they knew how to pander to it. If they needed votes, they trotted out the Satanists, abortions, violent rap music, sexually explicit heavy metal lyrics, and gay pride parades. This made it easy to rally their Christian base.

However, it came as a high cost. Instead of making conservatives the party preserving the past, William F. Buckley made them into the party yelling “Stop!” and 1980s Reagan-wannabes made conservatives into the party of outrage and impotent waving of little fetus hands at the collapse of their civilization.

That in turn made conservatives into a media audience. That is, you can have lots of conservatives buy, watch, click, or otherwise interact with your media if you know the right kind of clickbait to offer them, which is based in outrage.

For example, look at the silliness over some idiot destroying his/her life in exchange for invisible herd popularity points:

A photoshoot for the magazine included an unpublished photo of Nemis with the nude winner of “RuPaul’s Drag Race,” Violet Chachki – who is wearing nothing but high heels and a tiny patch of black fabric across the genital area.

This has all the elements of a great outrage story: a child (think of the children!) acting in a sexually “weird” way with an adult and obviously, keeping traditional Christian values far away. Guaranteed to provoke, this story was offered up by the Left as a way of poking conservatives.

That should be your first warning. Anything that your enemy makes easy for you is a trap. Whether it is a Trojan horse or something less subtle, they are offering it to you so that you do what is convenient for them, not you. That means you will lose.

In this case, we have something that appalls most Americans but is not an actual policy concern. That is, whether Queen Lactacia lives or dies will have little effect on America. It is a symbolic violation of our cultural norms and not much else.

This makes our outrage understandable because our standards have been violated, but it is invisible to anyone who does not fully share and understand those standards. For the average person, it will look like an over-reaction to something which is crass, stupid, and ill-advised, but not an actual threat.

If Queen Lactacia possessed a nuclear weapon, made decisions at the Federal Bank, or even ran some kind of revolutionary political group, then this might be a threat. Instead, it is just another person making bad decisions in the midst of a sea of them.

The average American — a fantasy, but let us pretend for a moment that statistics are reality — watched his Uncle Dave run off to marry a stripper, his Aunt Jeane cheat on her husband with the pool boy and shatter a family, and Cousin Rudolph get into heroin and molly and drop out of school. Those are real threats.

On the same level, having our economy collapse means that this person will not get a paycheck and his family will starve. Russia winning the cold war was a real threat, in that something like nuclear war or invasion could occur. Even allowing China to invade Western Europe is a real threat.

However, Queen Lactacia is not. In ten years, this kid will be dead in a ditch with a needle in his/her arm or have moved on to something else. No child who is not doomed ever goes down this path to fame and fortune. Maybe he/she will find a way to make lots of money as an entertainer like RuPaul did.

In the meantime, conservatives are the bull which chased the red flag and missed the bullfighter yet again. Just like with abortion, this issue was brought out to distract focus from real issues like diversity/immigration, Chinese threats, economic instability, unions, and other crises which have real long-term impact in the real world.

We need to stop getting trolled. First, we make it too easy, since so many of our media figures make their money from having outraged conservatives pelt their Fox News television screen and then, like lonely masturbators, clean up the spilled fluids and pass out, ready to go to work the next day.

The outrage lets them discharge their anger, when in fact they should be saving it up and applying it where it matters, like at the polls, petitions, protests, boycotts, and other instruments of real-world change. Fox News et al keeps conservatives in a state of perpetual adolescence, self-stimulating with outrage and then, not doing what they need to do to resolve the actual problem.

Outrage sells. Action does not. However, we can turn this around by pointing out that the outrage merchants are just parasites like any other bad business. We can do better. We must, in fact, if we want to do anything other than be outrage junkies while our civilization vanishes with a loud flushing noise.

Periscope (January 18, 2019) | Things Are Getting More Real, More Rapidly In France Than The US