Conservatives, Get Over Your Guilt 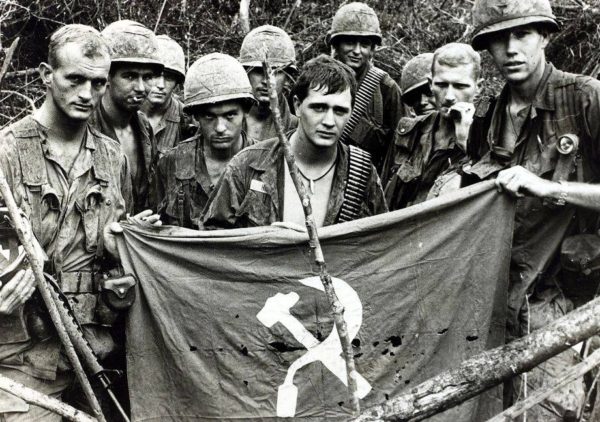 Charles Jansen summarizes Guillaume Faye in “Seven Mistakes That Explain The Failure Of The European New Right”, in which he explains seven tactical errors made by the revived Right as it attempts to redominate a Leftist-poisoned society.

Almost twenty years ago, I wrote the following warplan for the Right:

This occurs in three steps:

In modern societies, having a large number of vocal supporters counts, but you do not need “most” of the population or anywhere near it. Successful revolutions are generally championed by 1-2% of a population. That’s all we need.

As we approach step III, it makes the most sense for us to find candidates to take local offices and show that our ideas can succeed, gaining more trust from the general population. Ours is not a revolution but a peaceful transition.

The point is that we need about under 2% of the population to agree on something and demand it, and a revolution in thought will break out as people are forced to confront the better option that we offer. Now that liberal democracy has well and truly demonstrated that it has brought us dystopia, it is time to look at other options.

One crucial thing we must do is confront guilt head-on. For centuries, Leftists have silenced us with nasty all-purpose accusations, of which “royalist” was the first and “racist” is the latest. Instead of cucking and explaining why these do not apply to us, we should tackle them head on with a counter-attack: these terms are nonsense.

For example, the Left accuses us of supporting slavery and being against interracial marriage. So what? — diversity clearly does not work, and every society on earth has supported slavery, to the point that now more people are enslaved than ever before. The grim fact is — once you set aside the Leftist fairytales about how bad it was — that slavery is not that much different than low-end job slavery, but provides lifetime medical, food and board, and a social role for those who are enslaved. This was consistent whether in ancient Greece or the old South. Slaves were not just worth money, but seen as human and in fact, as parts of the extended family unit and community. Any abuse occurred by outliers who were simply bad people, but you never see statistics and how common this abuse was. The Left wants you to see one exceptional case, and assume it was the norm.

Please explain to us all how modern low-end wage slavery is better than slavery. The person of 80-95 IQ points now does poorly in school because it is beyond his ability; then, he goes off to a series of food service and unskilled labor jobs. Since he is not a particularly quick learner, unless he has someone willing to apprentice him, he will never pick up skills. That means he now lives on low wages, in violent ghettos, with no necessary provision for his healthcare, housing, food and social care. He can die at any minute and no one cares, since he is not valuable to anyone.

Slavery fixes this problem by making him valuable. He has slightly less freedom, but he is also taken care of and given a necessary role. Instead of being dumb labor bought by the pound, he is given a role where he has people who will apprentice him and is of importance to the larger community. True, he is a slave; but, given his abilities, he would never be anything but on the bottom of the social stack. This way however he is valued at the bottom and not simply left in social chaos to die off.

Opposing interracial marriage is another easy one. Nations of mixed parentage exist only in the third world, or where there is minor admixture as in Southern Europe, in the “second world” of near third-world conditions salvaged only by European remnants of talent in the population. To go down that path is to destroy a nation and replace it with something new and less capable. Any who do not see this have missed the lessons of genetics, which teach us that adaptation is specific and when differently-adapted species are combined, what results is a generalized species of lesser ability.

We are also told we are horrible for opposing gay marriage and transgendender “rights,” but what have we opposed? Gay people are on a different path, biologically, than straight people; for them to imitate straight people is to repudiate what makes that path unique. Further, they are a minority — maybe 1-3% of the population — with transgenders being even smaller. What these people need is not rights, but to coexist with a majority that means them no harm so long as they can live without impacting our lives. This is the same standard we apply to everything that is not an outright threat. If they cannot do that, they are forcing their will on the majority which has contrary needs, which makes them a threat.

The traditional conservative response to gays and transgenders is The Closet. And is this so terrible? They are asked to not tell us or show us their sexual inclinations, because we want our kids growing up with clear heterosexual role models. In turn, we do not ask, and we do not harm them. As it turns out, the anti-gay hate crimes seem to overlap with drug use, other crimes and people looking for a reason to be nasty, not anti-homosexual crusaders. The Leftist myth of widespread homosexual abuse is another case of them insisting that the exception is the rule so that they can destroy the previous rule and replace it with chaos, in which Leftists feel comfortable with their disordered minds.

And what else have we opposed? Ah, yes: women’s suffrage. Starting with Prohibition, we saw exactly how this affected politics. It made it unstable and emotional, like the conventional wisdom said that women were. Many years later our political campaigns are communicated through feelings and fears, and the elegant and wise debates of the past are gone. Perhaps having women vote was a terrible idea. But as a reactionary realist, I add that having anyone vote is a terrible idea, because voting is decision-making without consequence.

Conservatism is not just opposition to Leftism. It is a desire for an entirely different society. We imagine a place with caste roles, aristocrats, high moral standards, gender roles, no government, few rules and almost no paperwork. We want to live in a world filled with dangers in which the smart win out and take all, and the fools and criminals are induced to destroy themselves or leave. Unlike the left, we understand Darwin, and the idea that we must use all of our abilities or they will degenerate. And so we like a world of active people posing challenges for themselves and conquering them. We do not like the one-size-fits-all idea of bringing all people up to the same (lower) level.

And what does liberalism have to offer in response? It takes only a quick look at the last century to see. Constant ideological wars, mass deaths, unchecked growth, lowered quality of people and culture, and a daily existential hell of jobs, rules, commerce, chaos, weakness and enmity. The Left has failed because it has destroyed all good things and replaced them with a neurotic and dysfunctional version of civilization that will quickly arrive at third-world status, “Brazil 2.0” with machine guns and beer but no actual future.

There is no way to face Leftism except by confronting it on the facts: Leftist ideas are wrong and dishonest and those who cleave to them are either misguided or morally bad, and need to be exiled. Leftism is a path to the graveyard for any civilization above the level of a third world state. We must not co-exist with Leftism, but beat it back and beat it down, then ship it far away so that those of us of balanced mental state can enjoy the good life without these hateful, resentful, and dystopian people plaguing us.